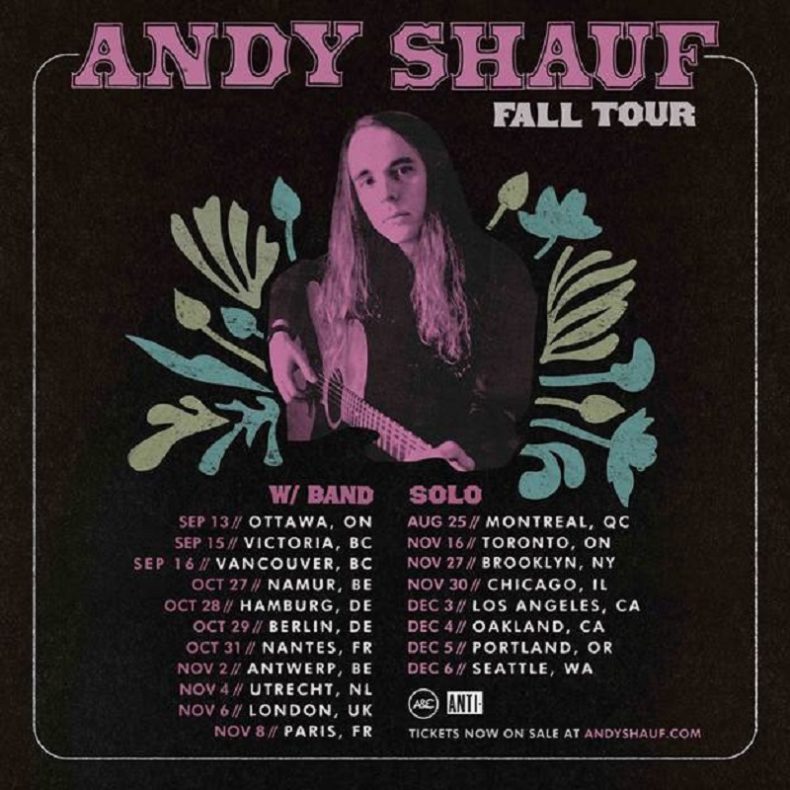 Andy Shauf announces his return to the stage for a string of dates in North America and Europe this fall.

Shauf will play songs from his extensive catalogue and debut new material in solo acoustic performances at intimate venues across North America. Stops include Ottawa, Victoria, Vancouver, Toronto, and Montreal.

As announced previously, Shauf will perform with a full band at Canadian festivals including CityFolk (Ottawa), Rifflandia (Victoria), and Westward (Vancouver), and in Europe along with headline dates in London, Paris, Hamburg, and Berlin.

Andy has spent most of 2018 working in the studio on the follow-up to the Polaris Music Prize and triple JUNO Award nominated album The Party (Arts & Crafts). That album cycle saw Shauf and band tour extensively throughout North America, culminating in a sold out, 10-piece band Massey Hall performance to over 2,750 fans in Toronto last November. Video from that memorable night was released last week.

SPILL NEWS strives to keep our readers up to date with news and events in the music industry. We keep you informed of the most recent information regarding new releases, tour dates, and information items about your favourite artists.
RELATED ARTICLES
andy shaufkillbeatnews
7.0