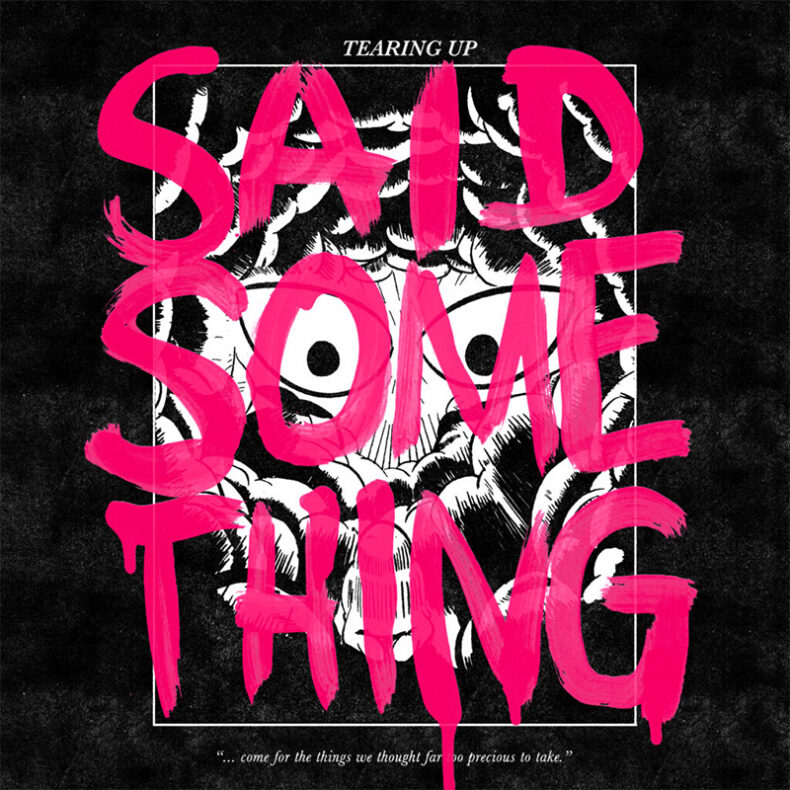 TEARING UP – “SAID SOMETHING”

Tearing Up is the brand new musical project of Ottawa-based musician Graham Caldwell (who previously shared music under the moniker Billy Moon). Following the release of the project’s debut EP, Billy Is Dead, earlier this year, Graham is set to share Tearing Up’s debut LP, Heavy, on January 27, 2023. As Graham wrote, he wanted this record “to hurt,” being that it touches on his personal emotive journey, from tackling grief to coming to terms with his own sadness. In turn, his aim with the release was to get in touch with heavier themes and discuss more pivotal struggles he’s endured, as a way to personally heal and have a similar effect that artists such as Cindy Lauper, Andy Shauf, Billy Bragg, and Dixie Chicks have had on him.

Tomorrow, Graham shares the record’s second single, “Said Something,” alongside an accompanying lyric video. The track is heavy with the feeling of grief, an expression of the thoughts and feelings one experiences after a great loss, and the questions that run through one’s mind when they think, ‘what if?’

On the new track, Graham wrote:

“Losing someone is particularly strange because in life, we get used to things being temporary. We know we can never step in the same river twice, but this is assuming there will always be a river. When the river runs dry, it’s quite a shock, and given how often we were used to stepping in it, we find ourselves asking: where the fuck is my river?

Sometimes, these things happen because of an unknowable number of circumstances: Anyone who’s ever been in a car accident will know about having the thought of ‘if I had just left home 3 seconds later…’ or ‘if that woman driving had checked her blindspot…’ or ‘if that guy in the truck had pulled over sooner.’ Sometimes things happen and the reasons are too complicated for any one of them to be the sole reason for the thing that happened.

Suicide is difficult because it blames both everyone and no one. The person who dies is both perpetrator and victim. It absolves everyone and yet also condemns them. You are both at fault and totally powerless at the same time, waving between the two feelings like a metronome. When I lost a young family member to suicide, many of us were completely dumbfounded as to why this person would choose to end their life. What made things worse was how they left no explanation, leaving us to try and piece together whatever their reasoning was, an endless circle with no real answers.

Time moves on and to some extent; our family’s been able to find some sense of closure. We accept how we’re powerless against the past and keep moving, for better or for worse, it’s all we can do.”

The debut LP from Tearing Up, Heavy, is out in January. Listen to “Said Something” via all DSPs tomorrow, and check out the record’s first single, “Your Flame,” out now.