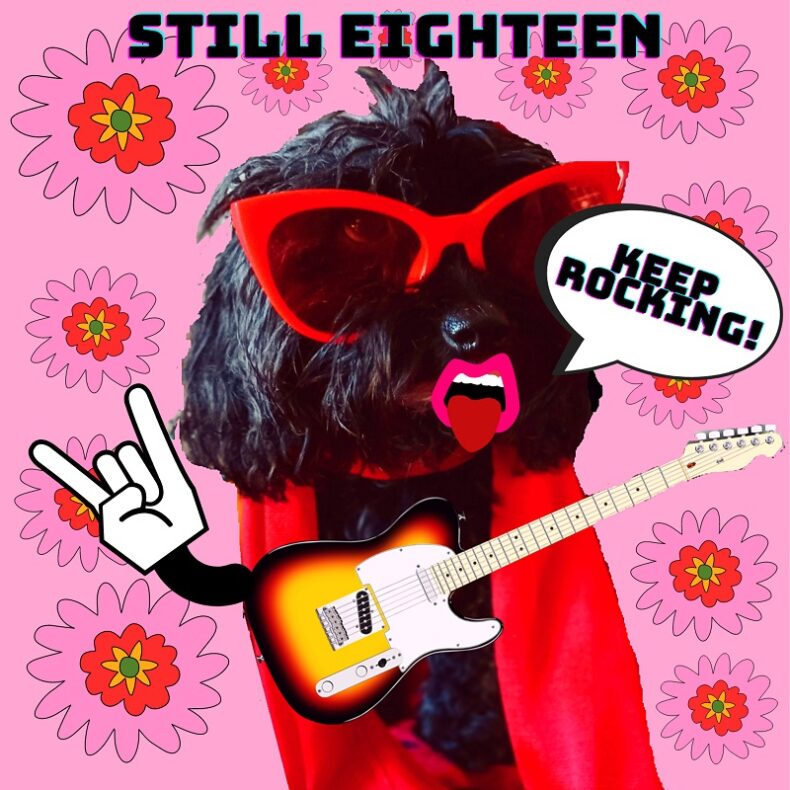 The Canadian alt-rock band Still Eighteen is excited to be releasing the band’s newest single and music video “Keep Rocking” on May 20th!

“Keep Rocking” is a celebration of the rocker spirit in all of us. With an unapologetic 80’s vibe and grungy/glam rock energy that just won’t quit, “Keep Rocking” will have your head banging, hips shaking and heart pumping with the power to take on the world!

Joey, Samantha and Karen from Still Eighteen are a dad, daughter and mom with a passion for rock. But don’t get it twisted… they aren’t the Partridge family, but three serious musicians who just happen to be a family.

“This musical dream has really sunk its teeth into us… it is our greatest and most meaningful adventure. As with any dream, it’s had its difficult moments, but we always pick ourselves up, keep going and KEEP ROCKING!”