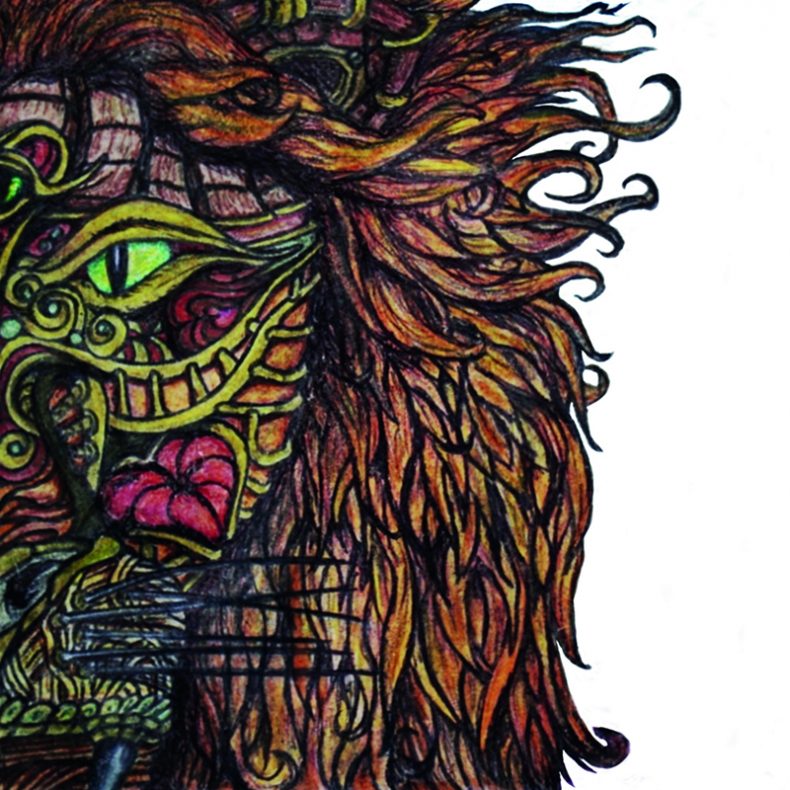 Over the course of her 15-year recording career Lynn Jackson has primarily been known as an acoustic troubadour, but she has never been afraid to resist that tag, particularly with her most recent work. On her 11th release, Lionheart, Jackson strikes a perfect balance, drawing from the diverse musical talent pool in her native Kitchener-Waterloo, Ontario, with the results adding up to her most dynamic and satisfying collection of songs to date.

“Cobwebs” is Lionheart‘s most hard-edged track, channeling both Lou Reed and Chrissie Hynde, with its jagged guitars and Jackson’s free-form street poetry. “One night I was skimming through my lyric notebooks looking at little bits I had highlighted here and there,” she says. “I decided that I wanted them all, or most of them, to see the light of day somehow. So I put them together, and it filled up two full pages. Of course, the challenge then became how to fit them all into one song. The answer was to pull out my electric guitar, write a simple and upbeat chord progression, and add the words in a combination of singing and speaking. I swear that it wasn’t until six months later that I heard Lou Reed’s ‘Romeo Had Juliette’ for the first time and noticed the similarities!”

Having worked with Cowboy Junkies’ Michael Timmins in the producer’s chair—along with members of Skydiggers and other notable Toronto roots rock figures—on her acclaimed 2017 album Follow That Fire, Jackson chose to stay closer to home with Lionheart, taking control of the production reins with a specific vision in mind. The results are just what the album’s title suggests: Fierce and tender, courageous and vulnerable, but above all a powerful statement from an artist just beginning to reach her full potential.