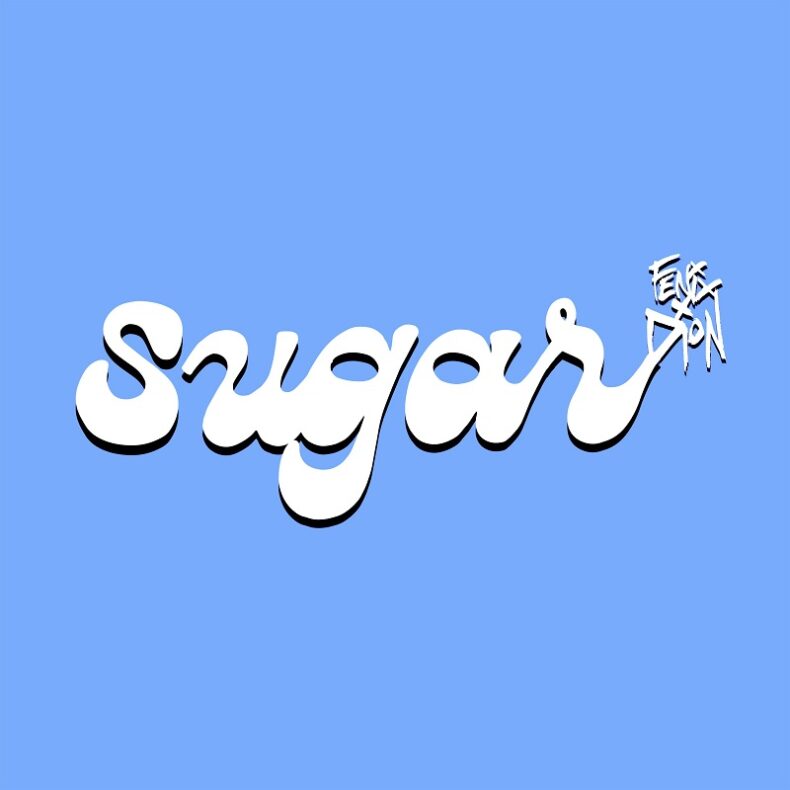 “We want to be the best thing that anybody has seen in the last 10 years,” says Keston Wright. After a year of incubating in the studio with his longtime musical collaborator, the drummer Sam Bramble, his eyes smolder with the thought of unleashing their new work on stage.

True to his word, Keston and Sam’s new band, FénixDion, has already made a bold entrance onto the Twin Cities music scene. One of their first shows ever was a warm-up slot in front of thousands at the Basilica Block Party in downtown Minneapolis, followed quickly by a more intimate, well-received club gig at Icehouse.

The live iteration of FénixDion includes a trio of axe slingers—Keston Wright on acoustic, Atom Lee and Mitchell Johnson on electric—radiating layers of guitar tones outward while the bassist Gavin Taylor, percussionist Nii Mensah, and drummer Sam Bramble propel the group forward with tight, funky beats. Together they create expansive, transportive, and radiant rock music that is reminiscent of greats like Lenny Kravitz, Beck, and Musicology-era Prince, but also stands on its own as a unique, exciting new addition to the kaleidoscopic Minneapolis music community.

Keston has previously been celebrated for his work in the funk-pop group Static Panic. With FénixDion, he has taken a sharp turn inward to create more personal, reflective lyrics, and re-rooted himself with some of his most formative musical influences, from Curtis Mayfield, Bill Withers, and Funkadelic to the influential early blues guitarist Buddy Moss.

FénixDion’s debut, Sugar, is a guitar-driven album—which surprised Keston at first. He says that in recent years, he’d started to dread playing his primary instrument. That all changed when he joined an all-Black country band fronted by fellow Minnesotan Tracey Blake, which happened around the same time that he rewatched the Coen Brothers romp across the Great Depression-era South, O Brother, Where Art Thou?

“That literally flipped a whole thought in my head of what true music is; what has shaped America and really where it all comes from. And it all comes from the African diaspora,” Keston says. “And I just wanted to take all of that back and put it into rock music and write music that is not going to be perceived as, like, a pro-Black record. But the content is like hella pro-Black.”

The songs on Sugar were written and recorded in the midst of a creative outpouring for Keston and Sam, who have collaborated on a number of musical projects over the past decade but never homed in on a concept as specific and inspiring as they have with FénixDion.

“Less is more. We’ve really honed in on that,” Sam adds. “I think that applies to every single element of a song, every instrument and even the vocals—less is more. It gives space for the context of the lyrics and the content to shine through.”

The lyrics of FénixDion’s songs don’t immediately demand attention from the listener; this is music delivered with a certain amount of reverb and swagger, which allows the words to dip into the space between guitar tones and then re-emerge, creating a psychedelic effect. But upon closer listening, it becomes obvious just how deep Keston’s songs are digging into his own complicated past and the electrified frisson of the unnerving present moment.

Take the title track, “Sugar”: Keston explains that the song, which finds him cascading through reams of lyrics about overcoming regret and embracing transformation, was inspired by his painful relationship with his father.

“‘Sugar’ is a song written about my abusive father and learning that he got incarcerated, yet again, in October of 2020, for domestic abuse. And for my entire life, I’ve always feared becoming my father, because he was such a violent individual,” Keston says. “The only idea of him that I’ve had my entire life was that he was this monstrous, violent, scary individual, and I wasn’t able to really define a line between myself and him in a lot of ways. And for a moment, there was a glimpse of him figuring his shit out and changing, and it gave me a hope for myself that all the negative things that I feel about myself, I can also change too. And then the news about him being incarcerated again. I realized, no, I’ve actually been doing work, I’ve been focused on being the best person I can be. And I can let go of this finally—waiting for him to change, to give me a reason that I’m an okay person.”

“He was just a little boy / On the wait for tomorrow / Caught up in hustles / West side Chicago / Took on a life / That was too hard to borrow / He got buried in the end / By the pain and sorrow,” Keston sings in “Sugar,” his voice doing somersaults around his thorny thoughts. As he processes further, he keeps returning to an uplifting chorus: “But Sugar I’m good / Sugar, I’m good now.”

“Once “Sugar” came pouring out, it set the direction for the new project. Sugar analyzes “the struggles over my lifetime,” Keston says, and documents him in this moment of creative and personal rebirth.

“It’s an album of transformation,” Keston explains. “That’s why I wanted to name the project FénixDion, because of the archetype of the Phoenix: burning away all that doesn’t resonate within you, so you can be reborn into your truest self. I think a lot of people went through that in 2020, letting go of all the shit that does not matter. So that’s what I’m focusing on now: my truest self, moving forward, and trying to fly.” ~Andrea Swensson

“Sugar reflects the aspiration to break the chain of violence and self destruction that permeates generations of my family tree. I grew up terrified of acquiring the traits of a man I never knew while simultaneously waiting for him to change for the better as if it were a reflection of the light I was seeking within myself. The song draws the line between the man I have envisioned and feared my whole life, and the man I am envisioning to be, one day.” ~Keston Wright, band member