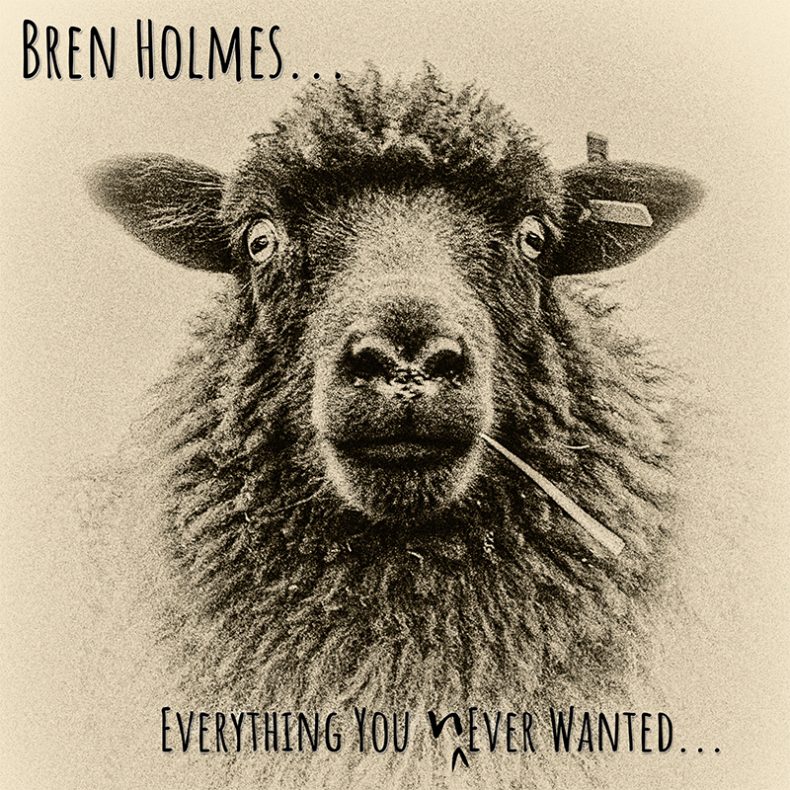 Bren Holmes has been plying his craft as a musician, songwriter, and bandmate. As an original member of the beyond-beloved The Young Dubliners, this Los Angeles-by-way-of-Dublin bard has gigged all over the world — and lived to tell about it for the past thirty-plus years.

In the fall of 2019, Bren decided to part ways with the band in the pursuit of a solo career. After several months, he put together a list of songs he had written and got together with co-producer Bryan Dobbs to record his very first solo album, Everything You Never Wanted, arriving on September 17, 2021.

Bren writes, “I originally came up with the concept of the song at a good friends house in Laurel Canyon (Los Angeles). Hence the LC Blues part to the name. I hadn’t done much with it until I revisited it, back a couple of years ago. It was then that I wrote the bridge to it, and finished off the remaining lyrics. When I brought it into the studio with Bryan, we both decided to add a more Americana vibe to the song. I had a piano piece that I had written for the intro, and it was changed out for a baritone guitar instead. Bryan then added some lap steel for the finishing touches. Between those two instruments alone, it set the song in that direction. We then added Tim Boland on piano, finally adding the talented Mary Morales on backing vocals. It is one of my favorite songs that I have ever written, and I’m quite proud of how it ended up sounding on the album. I can only wish for a few more of those up my sleeve in the future! The song is loosely based on how one can think they can get away with treating a loved one so poorly…and they know in their heart of hearts that they’re the one who loses in the end.”

Pre-Order Everything You Never Wanted HERE