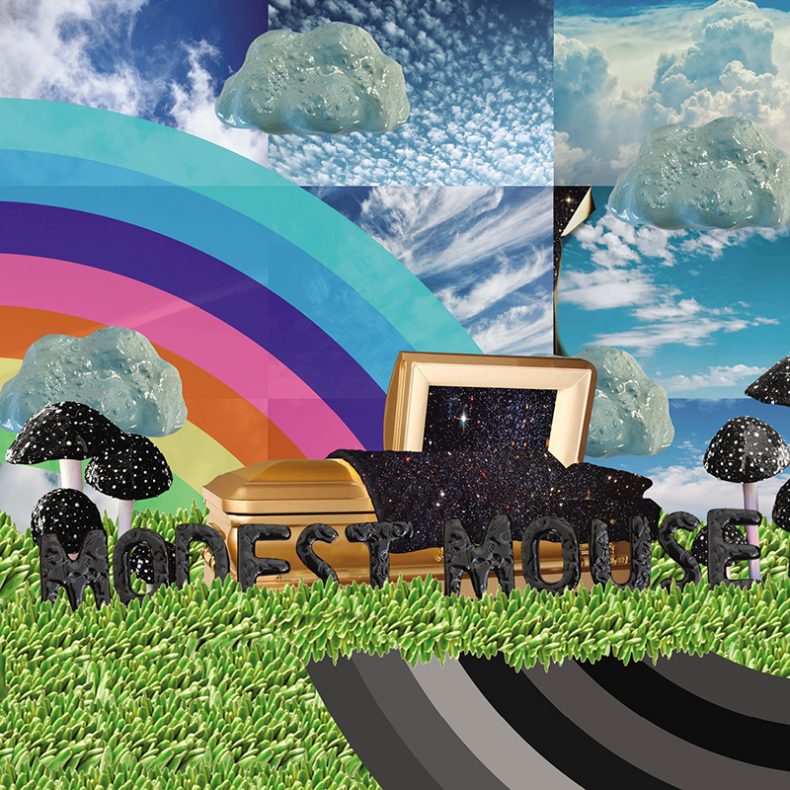 The GRAMMY® Award-nominated multi-platinum band has shared the first single off the release, the anthemic “We Are Between,” a song driven by Brock’s trademark vocals vacillating between sonic isolation and the support of a full chorus, with lyrics alternating between “the best” and “the worst” parts, determining that “we are somewhere between the dust and the stars.”

The Golden Casket heralds another new chapter in the band’s unpredictable evolution. Produced with Dave Sardy and Jacknife Lee in Los Angeles and in Modest Mouse’s studio in Portland,  the album hovers in the liminal space between raw punk power and experimental studio science, frontman Isaac Brock explores themes ranging from the degradation of our psychic landscapes and invisible technology, to fatherhood. The twelve tracks behave like amorphous organisms, undergoing dramatic mutations and mood swings that speak to the chronic tug-of-war between hope and despair that plays out in Brock’s head.

SPILL NEWS strives to keep our readers up to date with news and events in the music industry. We keep you informed of the most recent information regarding new releases, tour dates, and information items about your favourite artists.
RELATED ARTICLES
epic recordsmodest mousenews
8.0

by Gerrod Harris on October 7, 2022
Lamb Of God Omens Epic Records America’s premier modern metal outfit, Lamb Of God, has returned with its latest album, Omens. The new record is the band’s first collection of new music since [...]