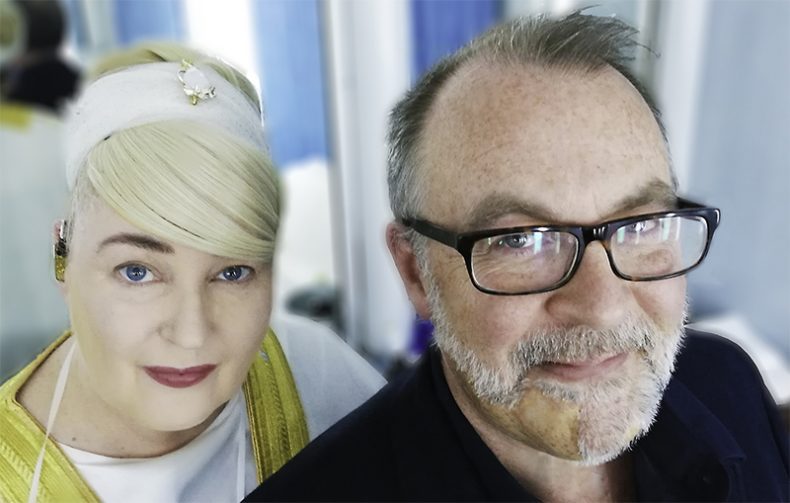 Atlantic Curve, the London-based label that is part of the Schubert Music Europe group, has announced the signing of Lisa Gerrard and Jules Maxwell, best known for their work as part of the legendary band Dead Can Dance. They will be releasing the ‘Burn’ album on May 7, 2021, produced by James Chapman of MAPS.

Gerrard and Maxwell began working on the album in Australia in 2015 while writing songs for ‘The Mystery Of The Bulgarian Voices (Le Mystère des Voix Bulgares)’. They were later introduced to Chapman and asked him to produce the album.

Lisa Gerrard: “It is with great pleasure that I share this collaboration with Jules Maxwell. Jules and I began our creative journey with Dead Can Dance. We realised that we could connect through improvisation and that musical exploration continues to evolve with this present work.”

Jules Maxwell: “I can’t believe it’s nearly six years since Lisa and I began work on this album at her studio in Australia. It’s been an inspirational journey for me. Without Daryl Bamonte’s encouragement and creative drive this record would never have developed in the way it has and I’m thrilled that it is finally being released on Atlantic Curve.”

Daryl Bamonte (Atlantic Curve, Label-head / Schubert Music Publishing UK, Managing Director): “To be able to sign Lisa and Jules to Atlantic Curve is like a dream for me, and it’s also very satisfying that they chose to work with James as producer. The combination of their unique talents has created a truly outstanding record.”

Thomas Thyssen (Schubert Music Europe, Managing Director / Head of Recorded Music): “It is an absolute honour and privilege to be working with Lisa and Jules on their upcoming album, and we are more than proud to be welcoming them, both to Atlantic Curve as well as a part of the Schubert Music Europe family.”

Atlantic Curve was formed as part of a new international structure featuring ten record labels established by Schubert Music Europe GmbH in 2020, which are internationally distributed by The Orchard, the world’s largest independent distributor. In an impressive start, the label has already released the Top 40 UK Alternative Charts ‘KOMPROMAT’ album by I LIKE TRAINS, as well as the critically acclaimed ‘Live at Rockpalast’ album by German underground darling Laura Carbone.

SPILL NEWS strives to keep our readers up to date with news and events in the music industry. We keep you informed of the most recent information regarding new releases, tour dates, and information items about your favourite artists.
RELATED ARTICLES
atlantic curvedead can dancejules maxwell
8.0