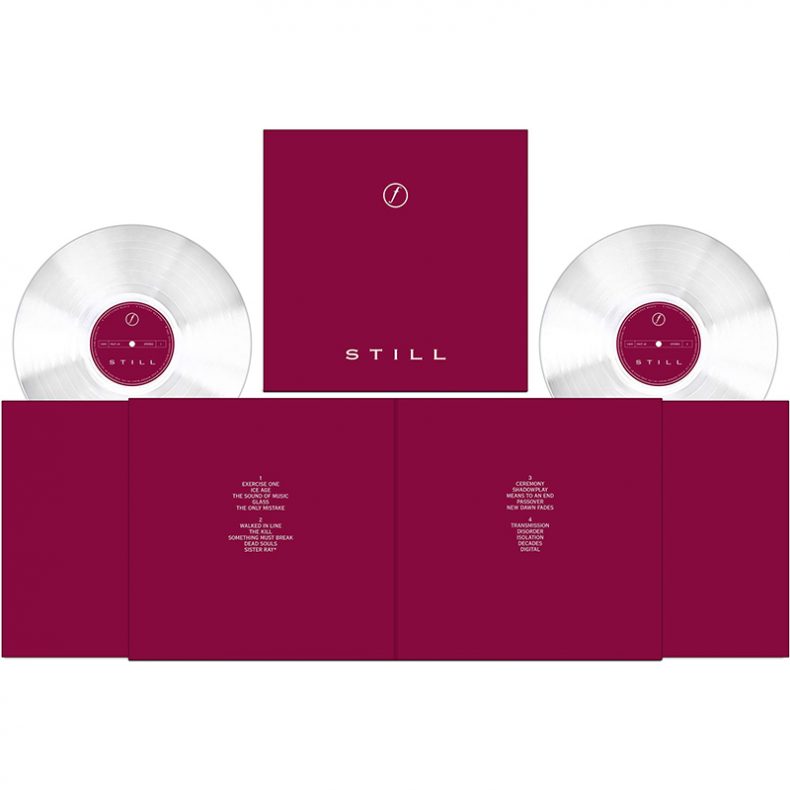 The release follows reissues of the ground-breaking debut album ‘Unknown Pleasures’ and sophomore classic Closer. Still will be a limited edition release with a ruby red sleeve, pressed on crystal clear vinyl. It will be exclusive to https://store.neworder.com/uk New Order’s official webstore.

‘Still’ is a compilation album first released in 1981 after the death of Joy Division singer Ian Curtis. Their two previous albums had already cemented the Manchester band’s iconic status in music history and ‘Still’ filled in gaps.

It featured previously unreleased studio material, two non-album tracks ‘Dead Souls’ and ‘Glass’ and a live recording of Joy Division’s last ever concert, at Birmingham University. The show included the only live performance of ‘Ceremony’ by the band, who later became New Order with the addition of Gillian Gilbert and released it as a single.

New Order recently returned to live performance with a triumphant hometown show at Manchester’s Heaton Park. They will be back for a show at The O2, London on November 6th.

New Order will be celebrating the 40th anniversary of their debut album Movement on November 13th by releasing their ‘Taras Shevchenko’ film to Youtube, which was filmed live at the Ukranian National Home, New York City on November 18, 1981, 5 days after the release of Movement. More details to follow.

A second series of the official Joy Division / New Order’s hit podcast ‘Transmissions: The Definitive Story’ is also in the works.