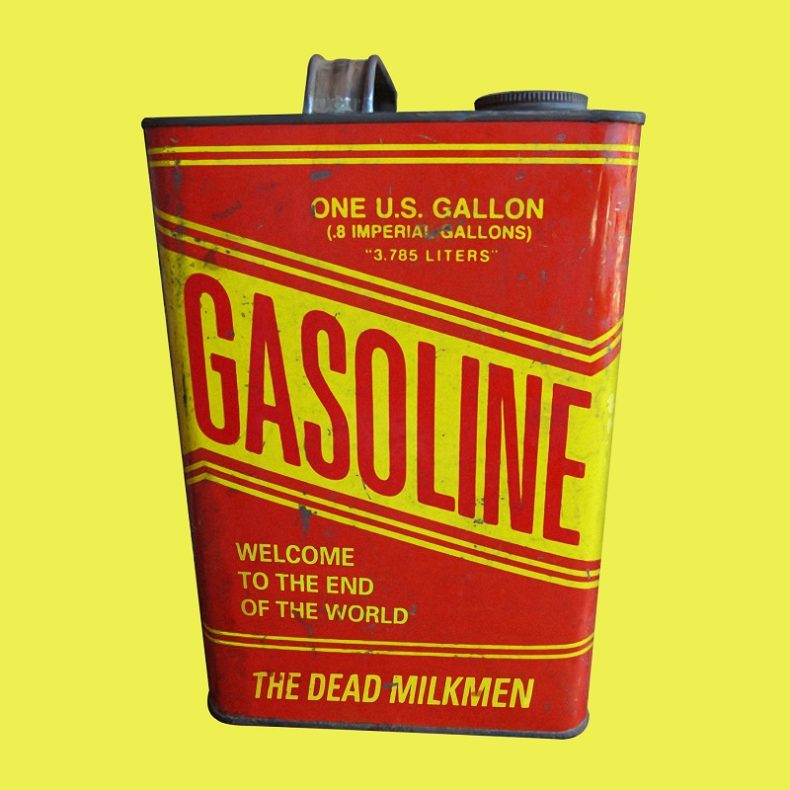 Philly punk icons the Dead Milkmen are pleased to announce their new EP, Welcome to the End of the World, out this month on The Giving Groove. And to celebrate, the band is launching a remix contest in partnership with The Giving Groove and TASCAM.

For nearly 35 years, the Milkmen have been happily skewering pop culture and confounding critics with their smart, satirical brand of punk, amassing a huge cult following with the hit singles “Bitchin’ Camaro” and “Punk Rock Girl.” Welcome to the End of the World delivers the Dead Milkmen’s trademark twisted humor, along with some dark underlying elements that will creep in to your consciousness if you pay close enough attention. “You’re either going to buy it or not,” warns frontman Rodney Anonymous. “If you don’t buy it, don’t blame us when you get eaten by wolves, because this EP will be the only thing standing between you and the wolves.”

The six tracks run the gamut of weird and wild—from the spooky, Ramones-influenced lead single “Only the Dead Get Off at Kymlinge,” a ghost story about the haunted trains terrorizing passengers on the Stockholm Metro; to “Battery-Powered Rat,” a jangly instrumental about two popes, a chess game, and a rat at the Vatican. Musically, the record draws on industrial influences, with a strong beat-driven aesthetic. “It’s a pretty good representation of the different styles of things that we do,” says drummer Dean Clean. “It’s got some sort of heavy stuff and some groovy, almost dance-oriented stuff—which is fun to say.”

To commemorate the new EP, the Milkmen are holding a remix contest in partnership with The Giving Groove and TASCAM: Contestants can submit their best remixes of the band’s new single “Brutalist Beat” for a chance to win prizes including a TASCAM Track Factory recording system, DP-006 digital recorder, TH-MX2 studio headphones, custom FM synth patches created by Rodney Anonymous, signed test pressings, t-shirts, and more. Complete contest details are available at thegivinggroove.com.

“We are very excited to announce the remix competition and put these stems out into the world,” says Giving Groove co-founder Matt Teacher. “We can’t wait to see what the Milkmen fans will be inspired to create.” “The Dead Milkmen have a long history of challenging their listeners to rethink their definition of rock music, and we’re thrilled to see the fans get the chance to turn the tables,” adds Eric Larsen, Director of Marketing for TASCAM. “Encouraging the audience to re-imagine ‘Brutalist Beat’ not only merges the band and the fans creatively, but it also gives the Dead Milkmen the opportunity to see their artistic vision reflected back in an affectionate fun-house mirror. This type of musical communication is key to the TASCAM brand, and we are proud to a be part of this project.”

Welcome to the End of the World was recorded at Sine Studios in Philadelphia and Forge Recording in Oreland, Penn., and mastered by Fred Kevorkian at Avatar Studios in New York City. Following The Giving Groove’s model of donating one half of all profits to music charities, the Dead Milkmen will donate 50 percent of album proceeds to Girls Rock Philly.