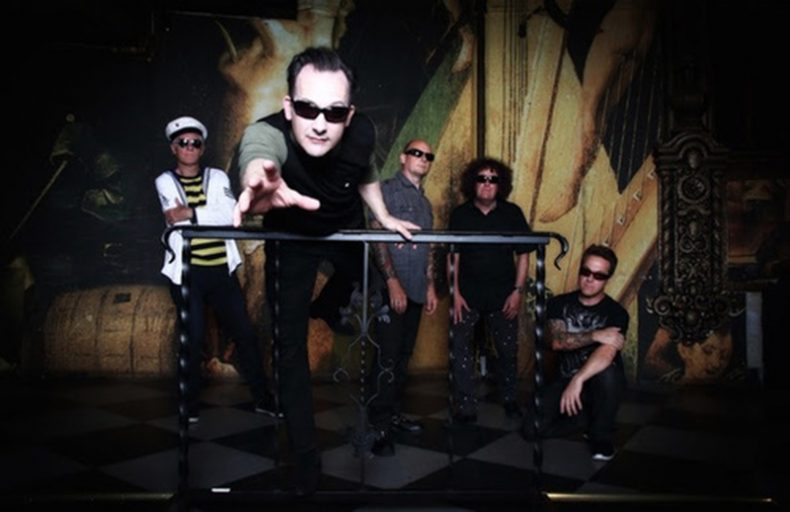 The Damned need no introduction! Formed in 1976, they were the first UK punk rock band to release a single, the mighty “New Rose”, released October 22nd, 1976, swiftly followed by their debut LP, ‘Damned Damned Damned’, and were the first British punk band to tour the US. They quickly gained a reputation as the band that would always deliver an amazing live set, ever since they started playing in tiny punk clubs that same year.

Cited as one of the most influential punk groups of all time,The Damned contributed vastly to gothic rock and influenced an entire generation of future hardcore punk bands such as Black Flag and Bad Brains, with their fast paced energetic playing style and attitude. Along with the Sex Pistols and The Clash, they helped spearhead the punk movement in the UK.

Now, four decades later and still on the road, the band’s hugely influential classic debut single, “New Rose”, is being celebrated with a limited edition 7” anniversary release. Featuring original artwork, picture disc and exclusive fold out poster, it’s a must have collectible release of one of the most influential records of all time. Release is set for November 4th via BMG.

To cap their incredible 40th Anniversary year, which has already seen the band deliver a blistering three-hour set at a completely sold-out London Royal Albert Hall show this summer, The Damned will play three sold out US shows this month, which include LA’s Belasco Theater (10/27) and two shows at New York’s Gramercy Theatre (10/29 and 10/30).  Earlier this year, the band played a memorable set at Coachella, where LA Times raved; “The Damned’s no-future UK punk thrash sounded gritty and immediate” and Rolling Stone claimed their set as one of the “20 Best Things We Saw”.

Always unforgettable, The Damned continue to wave the flag for originality, stick two fingers up to mediocrity and celebrate a DIY punk ethos in the face of plastic entertainment and scripted reality. Original members Dave Vanian and Captain Sensible never expected to still be doing it 40 years later, but here they are – as their loyal following will attest, all simply because they are still an incredible live band who sound as fresh and exciting as they did way back in 1976.

The Damned will be releasing a brand new album in 2017 (details forthcoming), but you can pre-order (CD, colored vinyl, exclusive merch and experiences) from PledgeMusic. A full US Spring Tour will be announced soon.

SPILL NEWS strives to keep our readers up to date with news and events in the music industry. We keep you informed of the most recent information regarding new releases, tour dates, and information items about your favourite artists.
RELATED ARTICLES
bmg recordingsnewspledge music
8.0