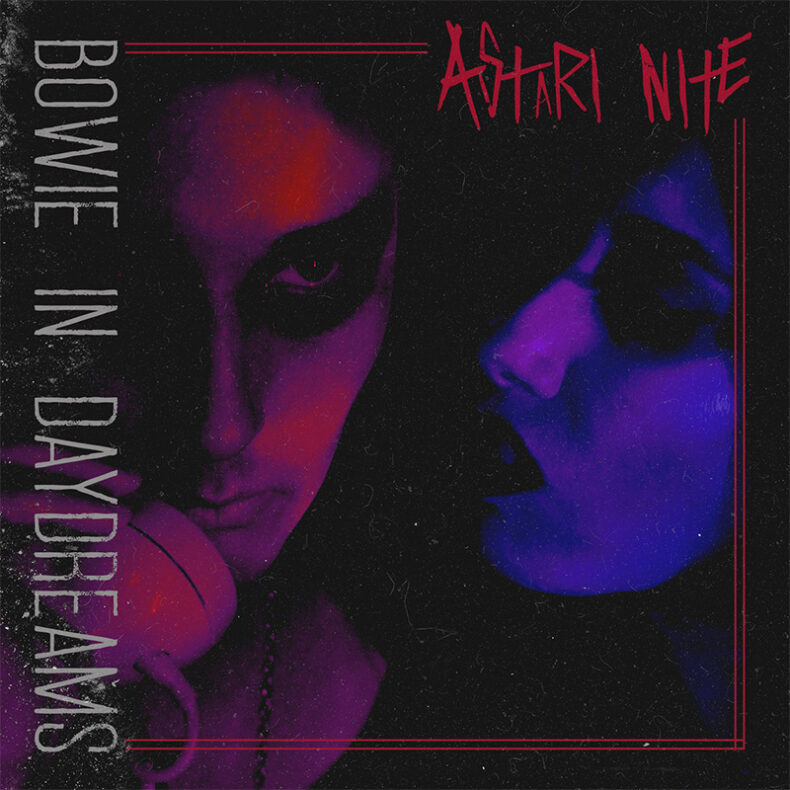 Astari Nite, the alternative rock, new romantics unveil their new single “Bowie In Daydreams”. The track pays tribute to the legendary David Bowie and is released in honor of the anniversary of his death. It follows last summer’s release of their electronic-driven single, “Ashtray Ballet”.

Steering towards a dark electronic glam rock constellation in this tribute to innocence and dark fantasy, the quartet caresses the dark alt rock ballads from the 90’s with massive – distorted guitars and underground EBM synths. Yet somehow, they bring you home by staying true to their occult riddled-cinematic themes.

Expect uncompromising lyrics along with obstinate sonic fields in their composition as the band guides you through their alternative rock influences, from Placebo to Nine Inch Nails and deeper down the underground.

“Bowie In Daydreams” is available on all major digital platforms including Bandcamp. Stream the single below or HERE.

“Reflecting on the filming of “Bowie In Daydreams”, I felt it was very important for me to conjure my friends who I care for so much. I had this sort of cartoonish idea floating around for a bit that turned out to be a psychedelic nightmare if you will. Illena Frey (Videographer) once again made my thoughts flow naturally as she normally does. I tend to obsess over different periods of music, so here comes Astari Nite’s contributions to the 90’s, respectfully.” ~Mychael

SPILL NEWS strives to keep our readers up to date with news and events in the music industry. We keep you informed of the most recent information regarding new releases, tour dates, and information items about your favourite artists.
RELATED ARTICLES
astari nitedavid bowienews

by SPILL NEWS on January 23, 2020
SECOND ANNUAL ABSOLUTION FESTIVAL ANNOUNCES DATES AND LINEUP Dark Alternative music festival Absolution announces their festival dates and artist lineup. After the success of the inaugural edition of the Absolution Festival in 2019, the festival [...]

by SPILL NEW MUSIC on May 28, 2019
ASTARI NITE PRESENTS NEW SINGLE AND VIDEO “AS IF YOU WERE DEAD” NEW EP DUE FEBRUARY 2020 VIA DANSE MACABRE RECORDS Filling our hearts and minds with emotional resonance, Astari Nite is gearing up to deliver their latest single [...]
5.0

by Andrew Marrocco on July 20, 2018
Astari Nite Midnight Conversations Cleopatra Records Rock has always had the tendency for nostalgic retrospection and expressing modern concerns in a way that resonates with past musical cultures. This is especially true in recent years, where [...]

by SPILL NEW MUSIC on August 27, 2017
SPILL EXCLUSIVE MIX ASTARI NITE Astari Nite has released a new EP entitled Dreams of Majesty (Cleopatra/Danse Macabre). Their sound is a mix of new wave and post punk.   Formed in 2008 after years of internalized ideas and melodies, the band [...]