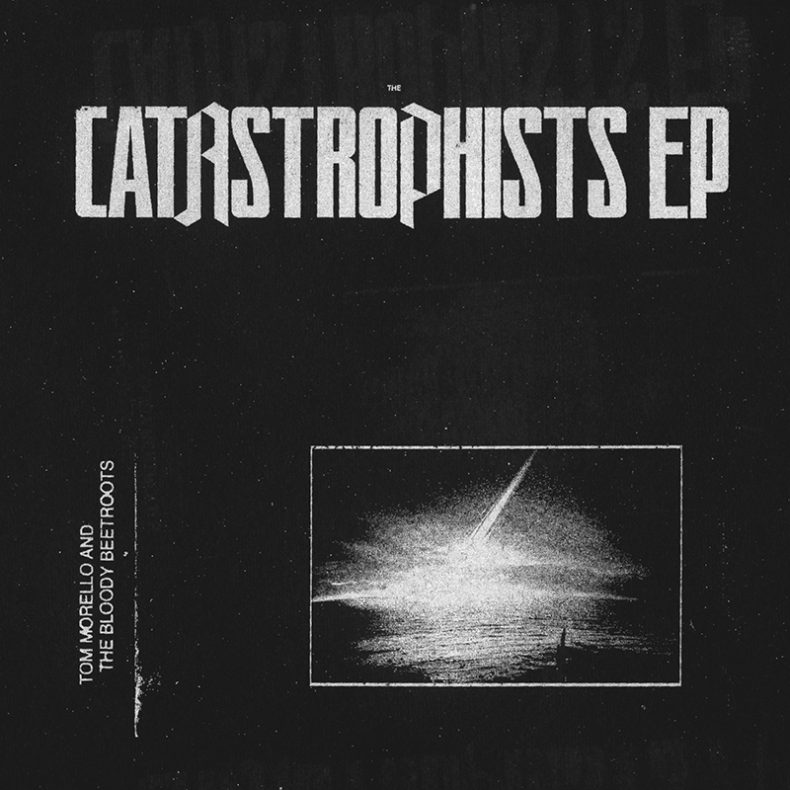 THE CATASTROPHISTS EP TO BE RELEASED JUNE 18

“Radium Girls”, the second song from the EP, is a true tour de force, co-written with Jehnny Beth from Savages, Carl Restivo, Nadya Tolokonnikova and Simone Cogo. Once again, Tom joins forces with Pussy Riot, as well as with Aimee Interrupter (The Interrupters), Mish Way (White Lung), and The Last Internationale on vocals.

Tom Morello about “Radium Girls”: “Four extraordinary women (Pussy Riot’s Nadya Tolokonnikova, The Interrupters’ Aimee Interrupter, White Lung’s Mish Way, The Last Internationle’s Delila Paz) and the ferocious production of The Bloody Beetroots breathe life into the true story of the Radium Girls, young Illinois factory workers who were the victims of one of the most heinous crimes in US industrial history. I spent every summer as a kid near Ottawa, Illinois where these doomed girls used deadly radium laced paint to make glow in the dark watches. They were encouraged to lick the paintbrushes to a point to increase productivity and profit and in the end their bones literally fell apart from cancer and they were so toxic they had to be buried in lead lined coffins. The resulting court cases and publicity led to historic nationwide labor protection legislation. Every year I place flowers at the small monument to these quiet heroes and this song is dedicated to their memory.”

The Bloody Beetroots about “Radium Girls”: “Radium Girls is what happens when two punks go off to battle; each with his weapon of choice.”

Tom Morello, known for his innovative guitar solos and thunderous chords, is a groundbreaking artist whether in his solo career or as an original member of the rock bands Rage Against the Machine and Audioslave, two acts responsible for multiple Grammy Awards and a combined 30 million albums sold worldwide. He’s released four solo albums as The Nightwatchman, created the genre obliterating Atlas Underground project, and formed the band Street Sweeper Social Club with Boots Riley of The Coup. Morello has also been recognized by Rolling Stone magazine as one of the “100 Greatest Guitar Players of All-Time (#26).” Morello has produced or collaborated with artists of diverse genres including Wu Tang Clan, Johnny Cash, Tool, John Fogerty, Anti-Flag, Public Enemy, Joe Strummer, Crystal Method, Calle 13, Dave Matthews Band, Johnny Cash, Killer Mike. Travis Barker, and Pete Seeger. In addition, he joined Bruce Springsteen and the E-Street Band for six years on tour and is featured lead guitarist on Springsteen’s Wrecking Ball and High Hopes albums. In 2016, Morello joined forces with fellow Rage Against The Machine bandmates Tim Commerford and Brad Wilk, as well as Cypress Hill’s B-Real and Public Enemy’s Chuck D and DJ Lord to form the band Prophets of Rage. In 2020 Rage Against The Machine announced its reformation and an extensive world tour. Morello is also known for his lifelong valiant activism.

About The Bloody Beetroots

The Bloody Beetroots is the creation of Sir Bob Cornelius Rifo. Inspired by his lifelong love of punk rock and comic books, Rifo unleashed The Bloody Beetroots in late 2006 and has since crafted an intense sound that mixes his classical training, his punk rock obsession and his passion for electronic music into an edgy rock-meets-dance hybrid sound. His 2009 critically acclaimed debut album Romborama, featured the iconic track “Warp 1.9.” with Steve Aoki, both of which helped launch the American EDM boom at the end of the 2000s. His 2013 sophomore album, Hide, featured crossover tracks with rock icons and alternative stars like Sir Paul McCartney, Tommy Lee and others. Rifo’s third full-length album, The Great Electronic Swindle (2017), continued the electronic-rock narrative via collaborations with Perry Farrell, JET, Gallows, Deap Vally and more. In 2019, The Bloody Beetroots released the Heavy EP, which saw Rifo revisiting his classic electro style and also features collaborations with Ephwurd and Dr. Fresch. Via his boundary-pushing full live band shows and DJ sets, The Bloody Beetroots has performed at every major music festival around the world in addition to several headlining solo tours.