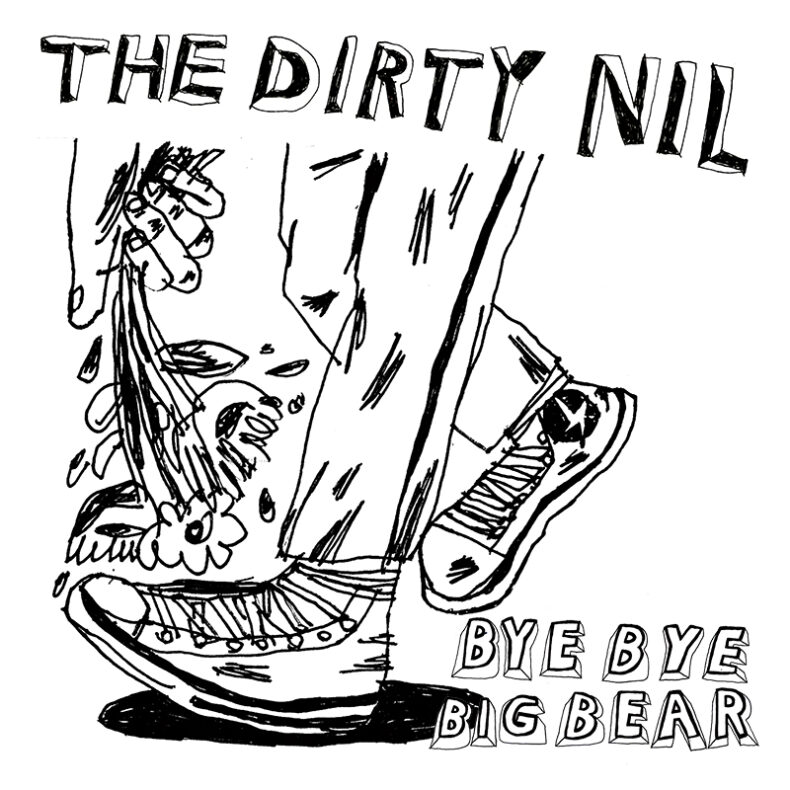 Juno-award-winning Toronto rock trio The Dirty Nil have released new single “Bye Bye Big Bear” via Dine Alone Records. The song was inspired by Ontario’s infamous Big Bear convenience store and the band share, “For 5 years we lived together at a house in downtown Hamilton. For 5 years we were sustained by the Big Bear convenience store, located directly across the street. There we were nurtured with sparkling water, protein bars and cigarettes. There we witnessed an untold number of human dramas play out in the parking lot, ranging from the hilarious to the hopelessly sad. For 5 years it was our clubhouse, our pirate ship, our prison. So we say farewell, thank you for everything: Bye Bye Big Bear.”

“Bye Bye Big Bear” marks The Dirty Nil’s first new music since their impactful 2021 album Fuck Art. On its back, the band got back on the road, electrifying increasingly packed venues and festival stages with their fiery brand of punk-tinged rock n roll. The new single is the natural next step from Fuck Art and their 2018 breakout Juno-Award-nominated LP Master Volume – the same blistering power chords, silky-smooth hooks, and oddly charming witticisms distilled into a more potent, harder-hitting product. It’s also the first recorded outing with new bassist and backup vocalist Sam Tomlinson.

Having formed when the band members were still in high school in 2006, The Dirty Nil toured for years before releasing their first LP, Higher Power (Dine Alone). They have since released 2 additional albums and numerous EPs and singles, racking up over 30 million streams along the way. The Dirty Nil are Luke Bentham (vox, guitar), Kyle Fisher (drums), and Sam Tomlinson (bass).