SPILL NEW MUSIC: QUEEN KWONG RELEASES HER TAKE ON A ‘POP’ SONG “WITHOUT YOU, WHATEVER” 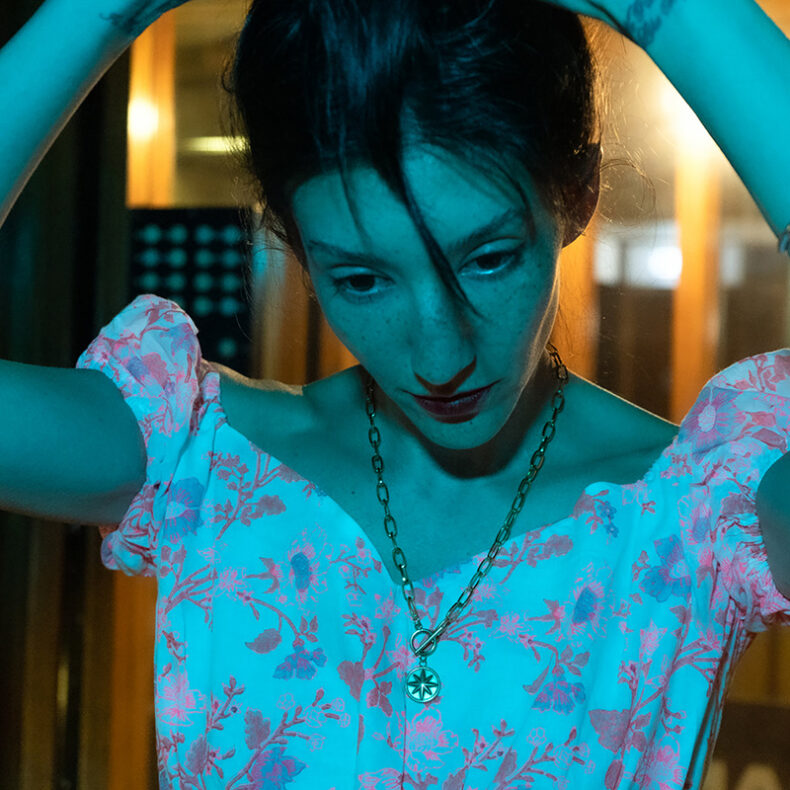 QUEEN KWONG RELEASES HER TAKE ON A ‘POP’ SONG “WITHOUT YOU, WHATEVER”

LA-based Queen Kwong (a.k.a. Carré Kwong Callaway) shares her latest single “Without You, Whatever” from her forthcoming Joe Cardamone (The Icarus Line / Dark Mark vs Skeleton Joe) produced album Couples Only, out July 12 via Sonic Ritual. It follows “On The Run,” which featured keys and synths by Roger O’Donnell (The Cure).

The one and only ‘pop’ song Carré has ever written, “Without You, Whatever,” is about missing a person despite knowing their impact was laced with negativity. “Initially, it wasn’t even going to be on the record,” Callaway says. “When I recorded it, I was just trying to entertain Joe (Cardamone) by singing in falsetto and trying to imitate Bowie. When I sent the folder of tracks to Tchad Blake [Arctic Monkeys, Elvis Costello, Fiona Apple] I said, ‘oh, don’t bother mixing Without You, Whatever because I’m not going to release it,’ and Tchad basically said, ‘WTF? That’s your single!’ So he mixed it and I added it to the record at the last minute. It’s nearly impossible for me to sing because it’s so high and out of my range, but I like that it’s extremely different from anything I’ve ever released.”

A few years ago, Carré was diagnosed with cystic fibrosis and told she may only have a decade left to live. As a result of the condition, she’s prone to episodes where her lungs fill up with blood and she’s literally drowning. If that wasn’t bad enough, two months after her diagnosis, her husband jumped ship.

Couples Only could be described as a divorce record, but really it’s much more than that.  Carré’s third album is a fearless account of facing the worst betrayals and accepting the deepest losses; it’s the realization of one’s mortality and the impermanence of everything we know and cherish.

Interestingly, Callaway hadn’t picked up an instrument for nearly a year before going into the studio. Instead, she was filling her time with other projects—after graduating from university with honors, she founded an all-natural skincare line, co-starred in American Primitive film series Quarentina, launched the immensely entertaining music podcast Never Meet Your Idols, and is nearly finished with her first collection of sculptural artwork scheduled to show next year.

Needless to say, Couples Only is Carré setting the record straight, and across these 11 songs, she takes no prisoners.  It will be released on July 12, 2022 via Sonic Ritual.

by SPILL NEW MUSIC on April 14, 2022
QUEEN KWONG RELEASES “ON THE RUN” FEATURING THE CURE’S ROGER O’DONNELL SONIC RITUAL “On The Run” is the newest [...]