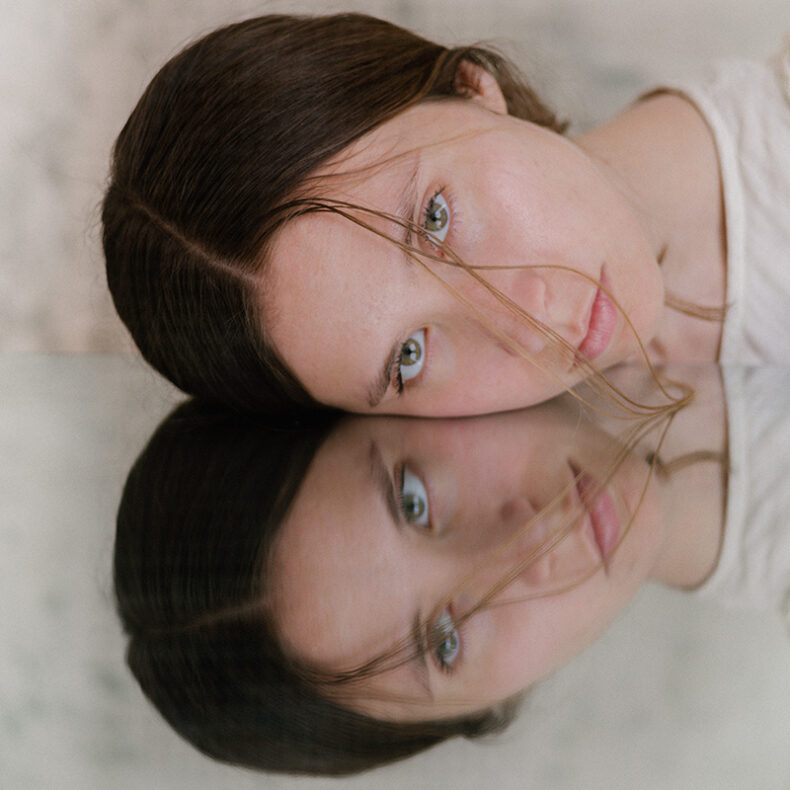 WATCH THE VIDEO FOR “EFFORT” NOW

Pearla–aka Brooklyn, NY-based Nicole Rodriguez–has joined the Spacebomb Records roster and announced her debut album Oh Glistening Onion, The Nighttime Is Coming will be released on October 21st, 2022. She has also shared the album’s heart-stopping centerpiece, “Effort,” as the lead single, alongside a moody, cinematic video directed by V. Haddad. Over sweeping strings and horns arranged by Spacebomb’s Trey Pollard, Rodriguez’s powerful, silvery vocals take flight with the evocative, cathartic chorus: I don’t know why it takes so much effort to feel good these days. “’Effort’ is about being too tired to do the things that you know will make you feel better. Getting stuck in a pattern of isolating yourself and resisting what you know you need. I wrote it as a sort of scream out from the stuck-ness,” Rodriguez explains. “V. described the song and video as ‘a tribute to the effort it takes to move through shadow,’ and I love that. If there is effort, that means there is also hope.”

Pearla’s music radiates with indiscriminate awe. Whether it’s the befuddling depths of nature or the profoundly strange spark of a dreaming mind—she takes it all as equal magic. Her debut album is populated by eccentric creatures and quixotic scenes, her takes on mortality, intimacy, and personal freeness glowing with an air of mystique. Oh Glistening Onion… is a world unto itself.

Pearla is an artist whose personal curiosities include finger puppets, writing songs with children, Virginia Woolf’s prose, and consulting the I Ching. She makes music the same way she moves through the world: mystified. On her 2019 EP Quilting & Other Activities (a collection praised as “music worth getting lost in” by NPR Music) she posed existential questions like outlines in a coloring book, and scribbled in attempts at answers through off-kilter indie pop and a bewildered spirit. But on her highly anticipated full-length, arriving three contemplative years later, Pearla submits to the brilliance in not knowing.

Pearla’s music is a rich blend, rooted in the folk canon of Neil Young or Joni Mitchell, embracing the darker quirks of a Connie Converse, Bjork, or Will Oldham, and pulsating with the emotional palpability of an Angel Olsen or Sharon Van Etten. Her recording process glitters with attention to detail; sentiment precedes every sound. Together with longtime collaborator/co-producer Tyler Postiglione, she crafts melodies, structures, and experimental noises not to carry the lyrics, but to emphasize their meaning. Parts of the album were recorded at Thump Recording in Brooklyn and Spacebomb Studios in Richmond, but the bulk of its creation took place in Pearla’s home. When asked about the album title, she offers: “It’s always been the title. I think it means, you don’t have to peel back every layer before you go to sleep.”