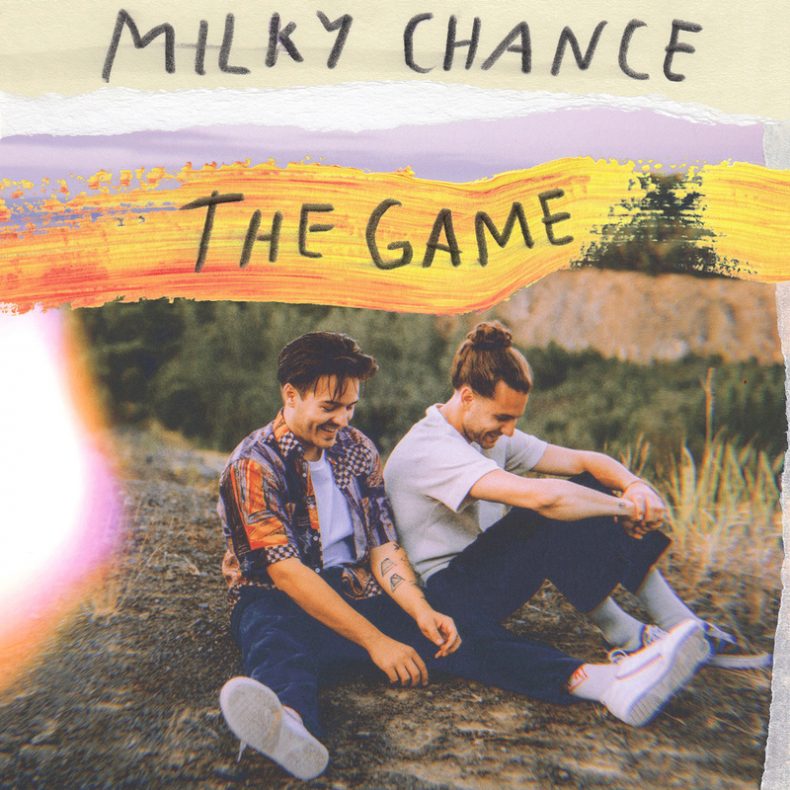 Today, Milky Chance — Germany’s platinum-selling, billions-streaming electronic pop duo — releases “The Game.” This dreamy track is the latest single off their anticipated third album, Mind The Moon, out November 15 on BMG in North America. The song epitomizes the band’s signature blend of reggae, chillout, and rock that has taken over stages around the world and late-night TV like Fallon, Kimmel, and Conan.

The band explains “The Game” as “That feeling of not knowing how to manage your relentlessly changing life. One moment you’re building something you’re at peace with, and then with one change, the stability is all gone. It’s probably easier to learn to swim than build your own island.”

Milky Chance is Clemens Rehbein and Philipp Dausch, a duo that already has achieved so much with just two albums, Sadnecessary and Blossom. “Stolen Dance,” the hit that started it all, is a global phenomenon that peaked at No. 1 on Shazam and became a nonstop playlist favorite on BBC Radio 1. Other major singles “Cocoon” and “Doing Good” have been played during sets in over 40 countries. Already veterans of famous festivals like Glastonbury and Coachella, the duo will hit the road soon to play new music. Live dates to be announced soon.