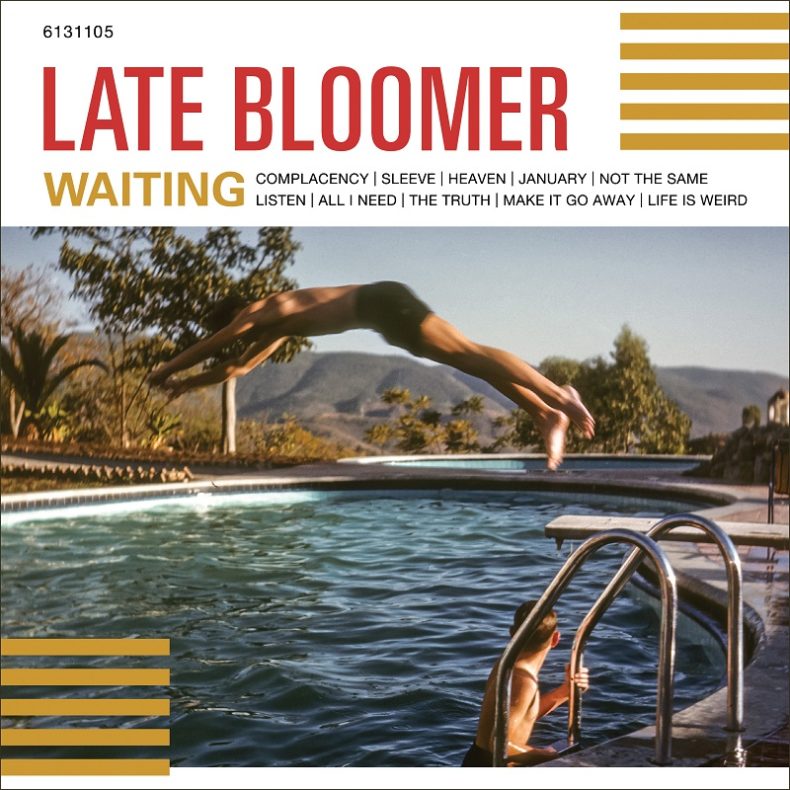 Charlotte, North Carolina’s Late Bloomer are fast approaching the release of their third full-length, Waiting, on July 29 from 6131 Records (Julien Baker, Touche Amore, Culture Abuse, Joyce Manor). Today the band have shared one more preview of the new album with “Sleeve” a driving cut that demonstrates the band’s ability to effortlessly combine ’90s alternative hooks with the ramshackle energy of The Replacements — all capped off with harmonies from Alright’s Sarah Blumenthal.

Waiting is an examination of perspectives; whether that’s in trying to see the world through the eyes of a friend, partner, or stranger, or even in re-evaluating the past and realizing it’s not as rosy as you thought. It’s an intensely human album that seeks to find some understanding the strangeness of life; the good and bad. “Sleeve” takes this idea and applies it to punk and alternative music scenes; subcultures deigned accepting that still suffer from the same toxic behaviors as the world at large. The track is an indictment of the narrow-minded male songwriters who are unwilling to see the perspectives of the subjects of their songs. In the words of Late Bloomer bassist/co-vocalist Josh Robbins:”It’s about the need for men listen to women. “Sleeve” specifically addresses how male songwriters can have a tendency to negatively paint female subjects in their songs without remotely considering that person’s point of view. If we learned to hear the other perspective we wouldn’t be so quick to jump to one-sided negativity.”

Late Bloomer have also announced a lengthy run of U.S. tour dates in support of Waiting, see full itinerary below.

by Joel Weatherly on November 4, 2016
I’m Glad It’s You The Things I Never Say 6131 Records I’m Glad It’s You play with styles and lyrical themes that have been around for ages. Drawing on influences from within [...]