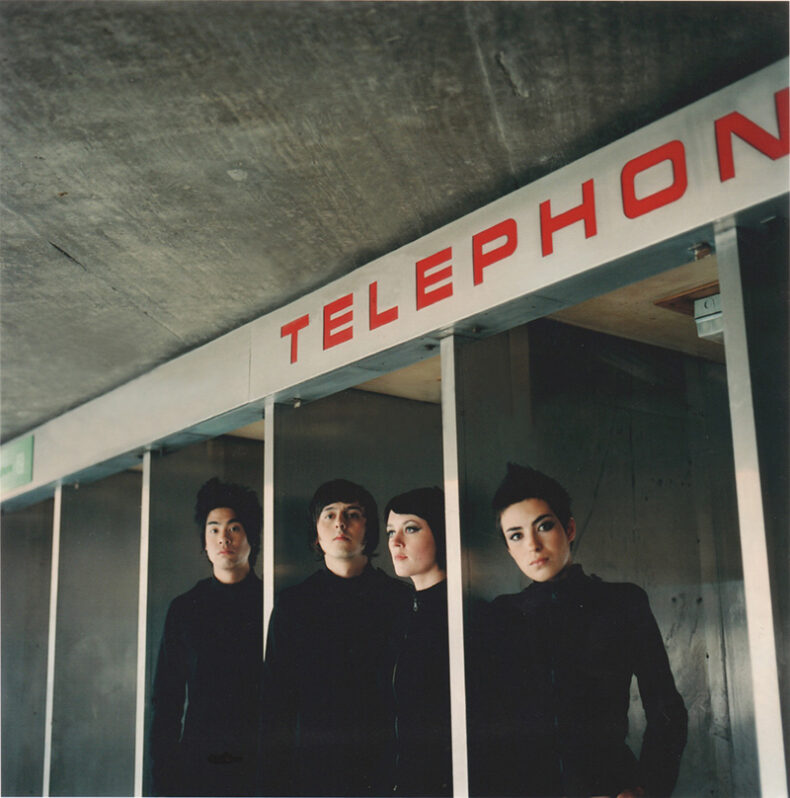 Liverpool UK group Ladytron are celebrating the 20th anniversary of what many consider their definitive album, 2002’s Light&Magic (Nettwerk).

To accompany it, the group have assembled unseen archive material from the time, including a teaser reel, a short film of them recording the album in Los Angeles, and an unreleased music video for the title track, shot on slide film, which had lay incomplete for two decades. Further unseen and unheard material will follow until the anniversary of the album’s release on September 17.

“When we released Light&Magic it was expected that the title track would be a later single, and would therefore need a video clip of its own. But we were on tour and didn’t know how it would be done. We had all this beautiful slide film shot and envisaged animating it in some way, like a 1970s science fiction title sequence – ‘Sapphire and Steel’ or something like that. We disappeared on the road, plans changed, and ideas were forgotten. Twenty years later here it is.”

Originally released in September 2002 on Emperor Norton Records, Light&Magic was a critical success. The BBC named the album among 16 albums that defined 2002, and it made Rolling Stone’s top 50 for the year. The dance music press in particular embraced the group, hailing Ladytron as “the best pop act in Britain” and noting that the LP “blows most contemporary home-spun, dance-influenced pop music out of the water”.

The group were lauded as leaders of the new electro pop and electroclash scenes then flourishing, and Light&Magic went on to be influential, for both independent and mainstream electronic pop music which followed, with some of the biggest artists flocking to the new sound. Christina Aguilera personally inviting the group to write and produce tracks for her album Bionic.

In 2021 the album’s lead single ‘Seventeen’ went top 10 after virializing on TikTok introducing a new generation to Ladytron’s music. More recently The Weeknd played “Seventeen” on his radio show Momento Mori, which showcases music that influenced him.

In oral history of early-2000s New York City ‘Meet Me in the Bathroom’, Larry Tee, founder of the electroclash festival and the scene’s flagship parties at Brooklyn’s Club Luxx described how the idea came about when he “found a lot of the new electro acts, like Peaches, Chicks on Speed, DJ Hell, Ladytron.” Rolling Stone editor Rob Sheffield then remarks “It’s funny that the kind of sound that they were doing at Club Luxx, six years later Lady Gaga was selling out Madison Square Garden with it”.