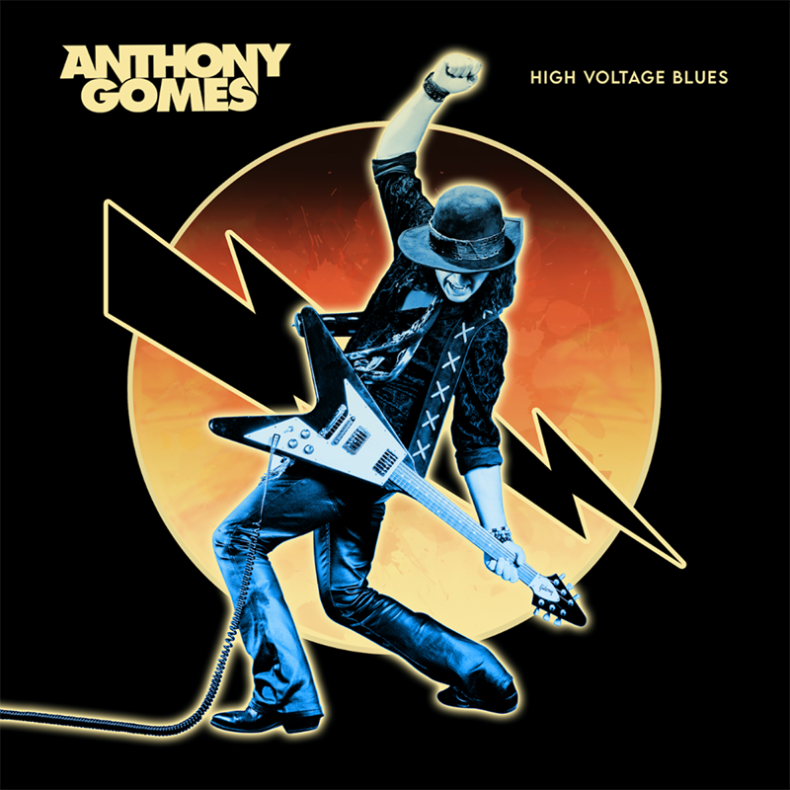 On the heels of his recently announced 13th studio album entitled High Voltage Blues, acclaimed blues-rock guitarist Anthony Gomes is releasing another song from his upcoming compilation album. The music video for the album opener “Painted Horse” features bass legend Billy Sheehan and Korn drummer Ray Luzier. The video is a live performance of Gomes, Sheehan and Luzier of the re-recorded version of “Painted Horse.” Gomes recorded his parts at the legendary Shock City Studios while Luzier and Sheehan were together in Ray’s home studio. The music video for “Painted Horse” can be seen below or here: https://youtu.be/gKu-ohrRQt0.

Known for his unforgettable live shows and catchy guitar riffs, Gomes will release his 13th album entitled High Voltage Blues on September 23rd. From the infectious opening riff of “Painted Horse” to the melodic outro of “Blues Child,” Anthony Gomes showcases the songwriting and guitar skills that have developed him a loyal following. New tracks like “Fur Covered Handcuffs” and “I Believe” complement the staples from Gomes like “Red Handed Blues” and “Blues In The First Degree.” Sheehan and Luzier also make guest appearances on “Born To Ride” and the bonus track “Rebel Highway.” Renowned vocalist Bekka Bramlett and The Voice™ contestant Wendy Moten also show up on the new version of “Darkest Before The Dawn.” Produced by Peter Carson and mixed by Chris Collier, High Voltage Blues is being released via Rat Pak Records and is now available for pre-order here: https://ratpakrecordsamerica.com/anthonygomes.

“We had a lot of fun rocking these songs up,” explains Anthony Gomes. “As an artist, it was great to circle back to some of my past work and look at it from a different perspective. Billy and Ray really pushed the way I play guitar and they added a whole new element, with a little insanity. I like to think of my style as what it would be like if B.B. King was in AC/DC, that’s what I feel we try and capture. That’s High Voltage Blues in a nutshell.”

by Scott Allen Cornell on February 7, 2020
KORN w/ BREAKING BENJAMIN & BONES UK @ XCEL ENERGY CENTER, SAINT PAUL (MN) FEBRUARY 7, 2020 The relatively new Bones UK was the first of the three bands tonight, with their logo emblazoned high and huge for all to see.  The three-piece [...]