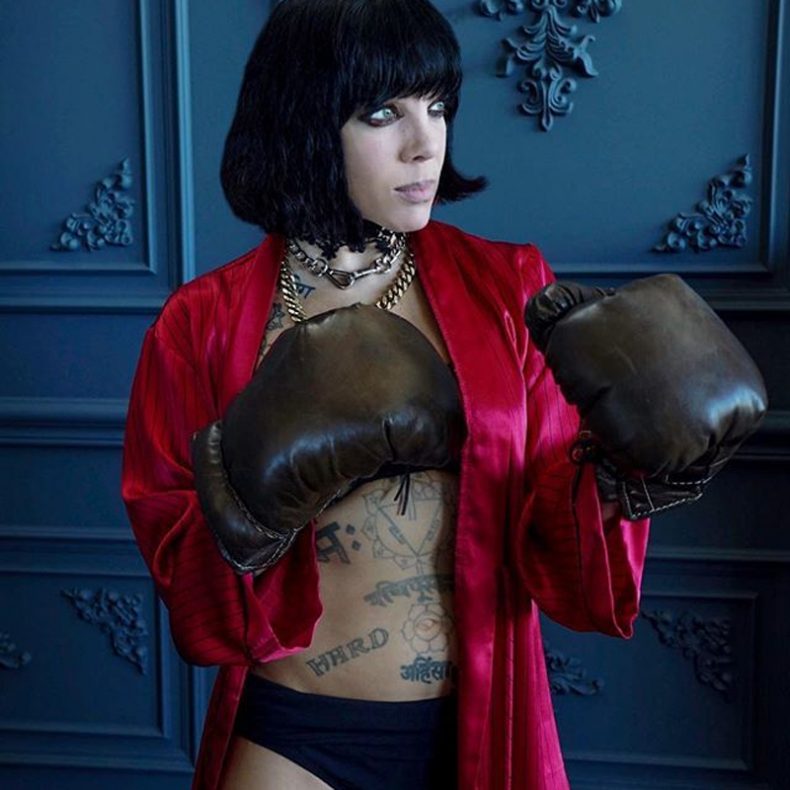 “This is a song about loss, really,” she shares. “It’s the quintessential story of discovering a betrayal, and “JIM” is that villain.

“It’s totally about pain, and facing it head-on. It’s about that disillusionment we all feel when someone turns into an imposter.”

Accompanying the release is “JIM”s official video which reveals Canada’s ‘Princess of Everything’ in her rightful throne, reigning rock supreme and as strong as ever. The track lands ahead of her forthcoming album, CHAMPION — her eleventh studio release.

“I’m still fighting, still swinging as a legacy artist, an O.G. At this stage of the game – I am a CHAMPION” Bif says. “I have never allowed myself to be limited, and the direction of this new album was from experimenting and being fearless. I’m excited by it, and fiercely proud of these tracks.”

CHAMPION as a title for Bif couldn’t be more fitting for arguably one of the nation’s most recognized and beloved entertainment industry icons whose personal story provides endless inspiration.

This month she’s set to embark on an intimate acoustic series, the Songs & Stories Tour, and the year ahead has her kicking off a podcast series, New Riot Girls, and a book of poetry and illustrations. A book designed to help empower patients and their families while navigating cancer treatments and the Canadian healthcare system, is also in the works.

“JIM” and CHAMPION are no different.

“I’m still fighting,” she says of the album, and career at large. “I’m still swinging as a legacy artist… An O.G.”

“At this stage of the game, I am a CHAMPION.”

by SPILL NEW MUSIC on March 28, 2021
BAD HOLIDAY – “MOMENT OF WEAKNESS” INDEPENDENT The only thing better than a good vacation.. is a Bad Holiday! This Toronto powerhouse of Rock N Roll fuelled Pop, [...]