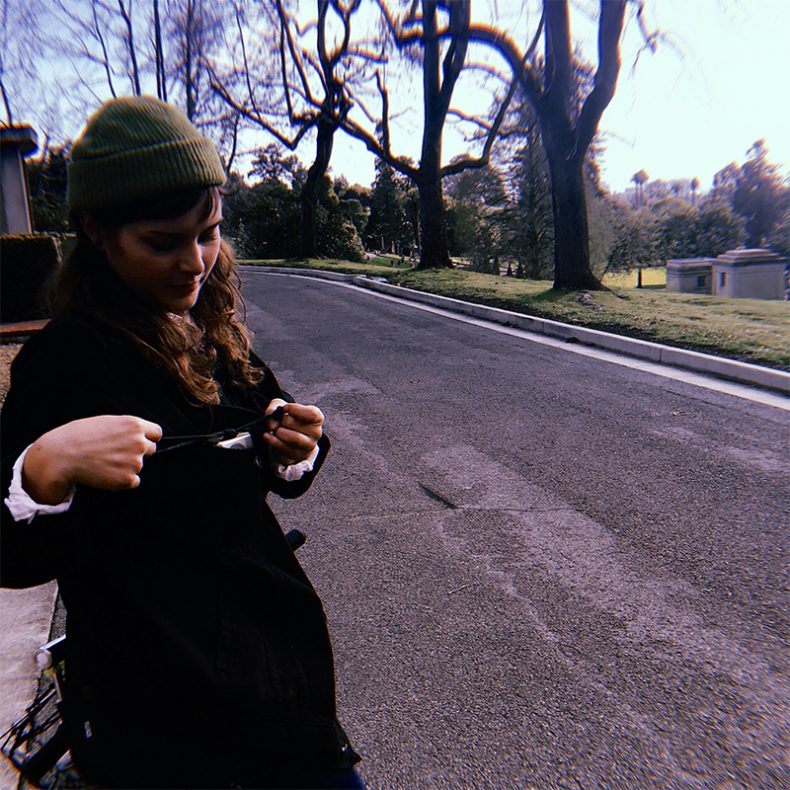 Very exited to be premiering “Nostalgia” a heartfelt emotional song by Swell Spells. It was written by Patrick Sena spending too much alone time in his room. Going through the stressful realities of life and struggling with the acceptance of losing close relationships with friends, from either growing apart or them moving away within the last year. He wrote the main riff and lead melodies on a guitar that only had three strings left and hadn’t been touched in years. It just came to Pat’s fingertips one night in the moment and he had to lay down a demo with drummer Joshua Aguilera.

Pat eventually brought the song to his band mates in Swell Spells and together they started recording the bones of the track. Jarrett Alarcon, who has everything you’d need for a home studio helped him revise some lead guitars and the bass parts, also singing back up vocals. The drums were felt out and recorded by Josh and he usually understands what Pat is going for without him even saying. The melancholy new wave sounding synths were performed by Elle Archer who used to be in Swell Spells, now fronting the band Shaylee in Portland, OR. She sent the stems of the synths saying that the song reminded her of a Cure song and it was beyond what Pat was going for so they added it in. Later Wilson Lenhart, who makes beats under the name Winslo, came by and blessed it with his mixing and mastering skills he’s obtained over the years.

A couple months later they have a finished hazy dreamlike indie rock song about letting go of the past. It’s a heartfelt emotional journey you can definitely dance to and sip wine with your lover on the beach. It mellows out during the verses and bridge section, with waves of 80s sounding synths tugging at your heartstrings during the choruses and finishes strong with an extended ending.

Known for writing more upbeat heavy garage rock songs, this a new sound and direction for Swell Spells. It will be apart of an EP they’re finishing up and releasing later this year.