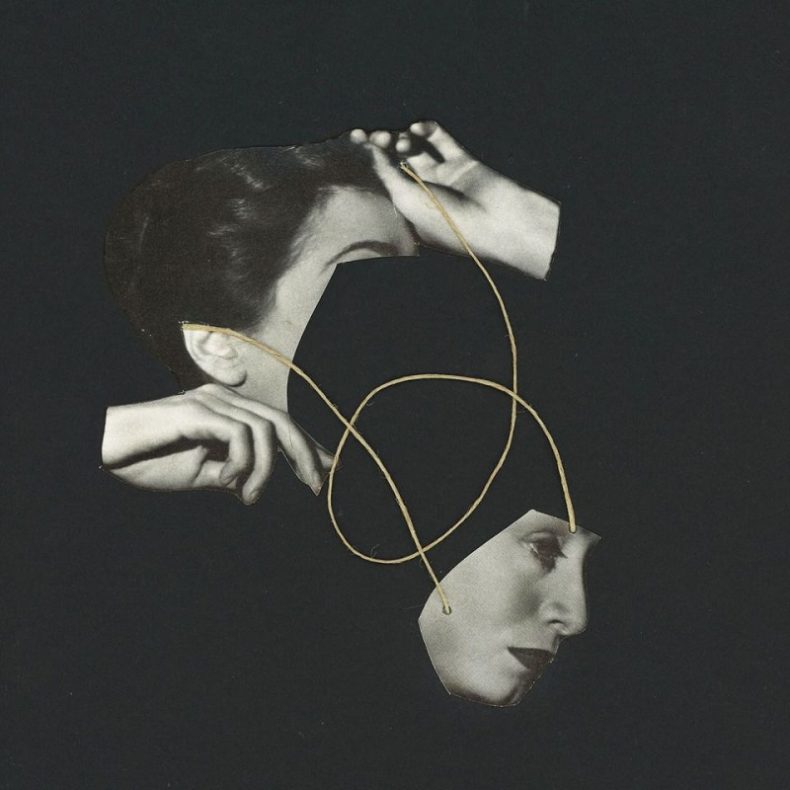 “I like to create some sort of metaphorical dreamland,” said Sandman Sleeps’ vocalist/guitarist Cristina Peck. “To leave something to your imagination.”

The Floridian band’s debut album, Crisis Actor, is effectively a “best-of” culled from a decade of songcraft. It’s an arresting, singularly evocative and authentic expression inspired by Pixies, Kate Bush, Talking Heads, and Tori Amos, yet not sounding like any of these – or anyone else.

First formed by Cristina and her bassist sister Alex as teens, Sandman Sleeps reconvened with renewed passion in 2019. In between came spells of separation and togetherness, of depression and exploration, in art school and in various cities and bands. But the sisters missed their unspoken sibling synergy. Enhancing this with drummer Karsten Andersen and guitarist Zack Jones, they embroider songs old and new with honed musicality and diverse life experience.

The record’s dynamic arrangements and Cristina’s glacial, borderline Bjork timbre lead by the hand rather than beat over the head. There’s a subtle yet insistent power of suggestion in its soaring melodies, lurking basslines, and shape-shifting guitars. Pictures are painted as much by words’ sound as their literal meanings. Crisis Actor knows no boundaries and never panders, instead letting us run with its emotional hints to our own destinations, different on every listen.

Cristina wrote mesmerizing first single “Portrait of Jennie” amidst the oddly liberating claustrophobia of being co-quarantined on Florida’s Intracoastal Waterway with her then partner, physically trapped yet increasingly spiritually free.

“Despite how draining and scary the sickness was, I’m fortunate to have eventually been able to find a calm in its lethargy,” she recalled. “I was forced to be hopeful, no matter what.”

Bass-propelled second single “Fellini” captures Sandman Sleeps’ restless on-stage chemistry and energy, with its wry refrain and cultured arrangement. The band’s art-rock leanings unfurl further on adventurous album closer “Rare Cloud,” which bottles the despair that spawned it before ending the record bathed in an exhalation of closure and relief.

“We play these songs like we’re gonna die tomorrow,” Cristina deadpanned. “The possibilities are endless.”

“Portrait of Jennie” was written in June of 2020. I originally started writing it about a romance I was involved in at the time. I was quarantining at my old partner’s place on the intercostal, we were both sick with Covid. I had little to no energy and it became a goal each day to take a few steps out on the beach area. I really spent most of my time looking out the window and watching the intercostal. It was really very beautiful and a pretty ideal quarantine experience despite being as sick as we were. The light of morning time coming in through the window and the surreal headiness of being sick and scared definitely played into the writing of “Portrait of Jennie.” I was also very much inspired by the movie Portrait of Jennie which I had recently watched. I was intrigued with this concept of lovers being brought together by an otherworldly phenomena (such as time travel/other dimensions) but this same phenomena was also the boundary which ultimately kept the lovers at a distance. They only had so much time together before they would be separated by an outside force again. ~Cristina Peck , vocals/guitar

Due to the fact that I barely had energy while writing it the tempo was very slow to start. I came up with the chorus on the acoustic guitar and thought it may end up being a country song because the melody felt a little that way. The pre-chorus was written separately, thinking it would be a completely different song, but once I tried combining the two parts it was a nice surprise that they worked together as a whole. At that point the song still felt very acoustic and I didn’t know where it was going sound wise. I showed what I had to my sister, Alex and she wrote a very dynamic and rooting bass part which added an intensity to the song it was in need of. Then the sound became more concrete playing it with the full band. Karsten made up an interesting syncopated rhythm (which was not the rhythm I had originally played on guitar) for the pre-chorus and chorus which fit perfectly. His drumming on the entire song is very forefront and intensifies the dynamics and different movements. Zack’s guitar, playing rooted with the bass for the verses and then using dreamy tones for the choruses, added to this sense of swinging back and forth from reality to dreamworld/other dimension. ~Cristina Peck , vocals/guitar