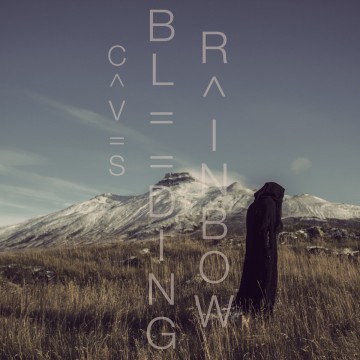 Spill Magazine is proud to premiere the first single from the highly anticipated C^VES album, Bleeding Rainbows, “Mafic”.  The album is being released tomorrow on SELF Group records, and trust us — you won’t be disappointed.

C^VES is the electronic project of Burke Jam. C^VES refers to the unseen, subsurface spaces as well as the act of collapse. Bleeding Rainbow is the beginning. Burke was born and raised in the mountains of rural Montana. His work spans the gothic americana efforts of Churchmouse to the instrumental psych-metal of Seattle based Scriptures. He was a founding member of the post-rock harbingers of melodic pop: This is a Process of a Still Life and subsequent Missoula based collective/label Firefly Sessions. He has also performed as the fog drenched, violently high decibel, scorched guitar work: Winters Forrest.

He lived in Iceland before moving to Portland, where he spent a year of research synthesizing relationship between physical place, environmental sound and perceptual coherence… or in other terms: was the stranger standing out in the moss strewn landscape alone with a field recording rig, listening to and documenting environmental sound and acoustic ecology. He is an artist and instructor of art at Portland State University where his work is centered around the intersection of new media, technology and sound art—questioning human and environmental relationships.