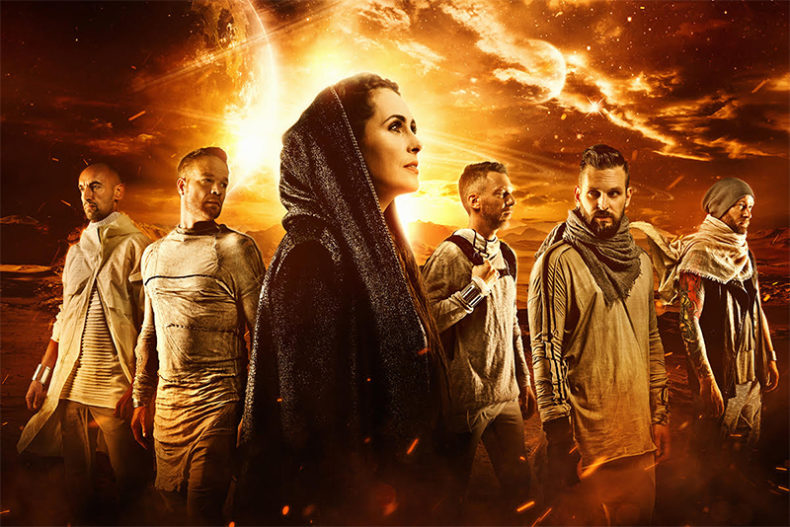 WITHIN TEMPTATION w/ IN FLAMES & SMASH INTO PIECES

Dutch symphonic metal powerhouse Within Temptation brought their highly anticipated world tour to Rebel Nightclub tonight in support of their latest studio album Resist. Joining them on tour were a few friends hailing from Sweden – In Flames and Smash Into Pieces.

Though the audience seemed to gradually trickle in, likely hindered by the weather, Smash Into Pieces played with heart and gave their all for the gathered crowd. Lead singer Chris Adam Hedman Sörbye even managed to crowd surf as they closed off their set. Their tone, like “Boomerang”, is melodic and has a very Americana rock feel – reminiscent of Shinedown and even Nickelback.

Swedish death metal pioneers In Flames teamed up with Within Temptation for the tour. Also celebrating the release of their latest album, I, the Mask, they brought their signature mix of thundering guitars from Björn Gelotte and Niclas Engelin, driving bass from Bryce Paul, and intensely powerful vocals from Anders Fridén to the gathered masses that couldn’t get enough, in particular with songs like “Call My Name” and “Voices” off the new album.

Watching the banter between Anders and people from the audience was great – in particular when he called out a fan for filming through most of their set, then proceeded to take his phone and joke about perhaps calling his mom. Closing their set, Anders left the crowd with sage words of wisdom – “don’t waste your time on bad beer”. 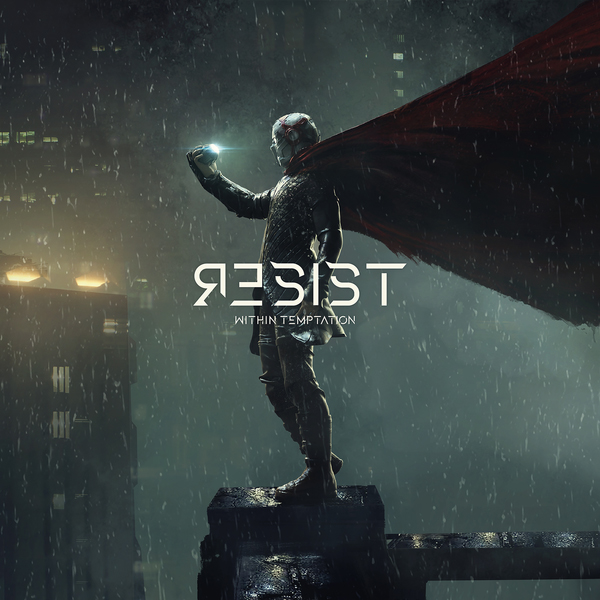 With great anticipation, Within Temptation took the stage. Their performance featured incredible cinematography in the projections they used as well as their lighting choices. Kicking off their set with “Raise Your Banner”, lead singer Sharon den Adel appeared with a massive white flag that she swung boldly and proudly through the song for incredible effect. This amount of theatricality and dramatic flair are what Within Temptation have brought to their stage shows for years and simply put, they up the ante year after year.

Playing a wide selection from their vast discography, they gave their gathered fans an outstanding show to remember, including “Stand Your Ground” and classic songs like “The Promise”, and “Mother Earth” that truly showcase den Adel’s operatic vocal abilities.

This tour will surely go down as being one of their strongest to date featuring an album that is equally as powerful and well-crafted. The energy and passion emanating from the stage was palpable. Watching the interaction between den Adel and guitarist Robert Westerholt is great, in particular during “Raise Your Banner” when he screams out “Blood for freedom!” sends shivers down my spine. Their choice to turn “Ice Queen” into a quiet and introspective acoustic ballad was definitely bold, turned out well, and breathed new life into a classic.

Overall, this was a solid performance across the board. Though In Flames and Within Temptation’s sounds may differ and they may not immediately seem like a perfect pairing, having them on the same bill definitely works. It may be early, but it’s safe to say this concert will go down as one of the best live performances of the year.

Samantha is both a writer and a fan of the arts and has been able to find numerous ways to pair the two. Eager to dive head first into writing for Spill, Samantha is an avid partaker and reviewer of live art in Toronto serving as an editor at Mooney on Theatre exploring live local theatre, she's a photojournalist for Go Globehopper, a travel, dining and tourism blog that focuses on Toronto and abroad and previously for Lithium Magazine. She's passionate about music, theatre, photography, and writing -- not necessarily in that order. She drinks tea more than coffee, prefers ciders over beers, and sings karaoke way too loudly. You can follow her on various social media including Facebook, Twitter, and Instagram.
RELATED ARTICLES
anders fridénin flameslive review