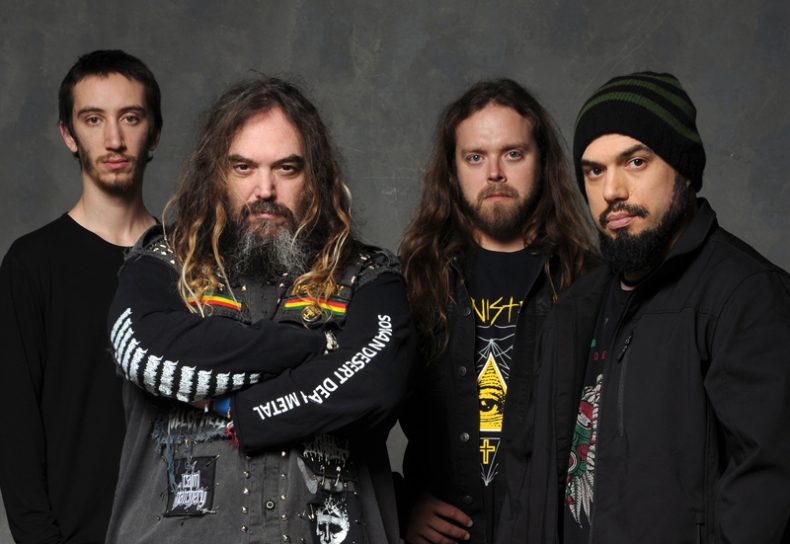 Soulfly’s ‘The Summoning’ two month US tour started February 1st and to the delight of the area’s Heavy Metal music lovers, made a stop in Minneapolis.

The venue was a beehive of activity as the stage was set for Soulfly. People clung to the barricade, some clearly fatigued, but too stubborn to give up their spot in hopes to get close to legendary frontman Max Cavalera.

The crowd erupted in delight as they began with the song ‘Jump Da Fuck Up’ causing a frenzy. “Eye For an Eye” followed with the crowd enthusiastically yelling the chorus. The durability of the metal barricade was tested, and security was busy monitoring the sea of moshers, body surfers, and stage divers. Cavalera did an excellent job interacting with the crowd, often prompting them to clap, sing along, and throw their fists in the air. Bassist Mike Leon fueled the enthusiasm and you could feel Cavalera’s son Zyon’s energy oozing from the drum kit.

Highlights of the performance included Marc Rizzo’s guitar solo, during which the crowd calmed long enough to listen and appreciate the moment, and the performance of fan favourite “Tribe” with Max Cavalera playing the berimbau.

It hadn’t felt like it had been an hour and 15 minutes when the performance reached its end, and when Max Cavalera yelled ‘It’s been one hell of a night for awesome metal in Minnesota!’ the crowd erupted in cheers of agreement.

The amount of creative energy in The Cabooze that evening couldn’t be denied.

Trista’s a music addict who’s taste in music spans over numerous genres. She enjoys playing her bass guitar, but honestly she’s not very good at it. So she goes to concerts and watches real musicians who are far more talented than her. You’ll find her there in the front row, because, well, she’s short and wouldn’t be able to see the stage very well otherwise, and because she strives to get the perfect photo to capture the experience.
RELATED ARTICLES
live reviewmax cavaleraminneapolis