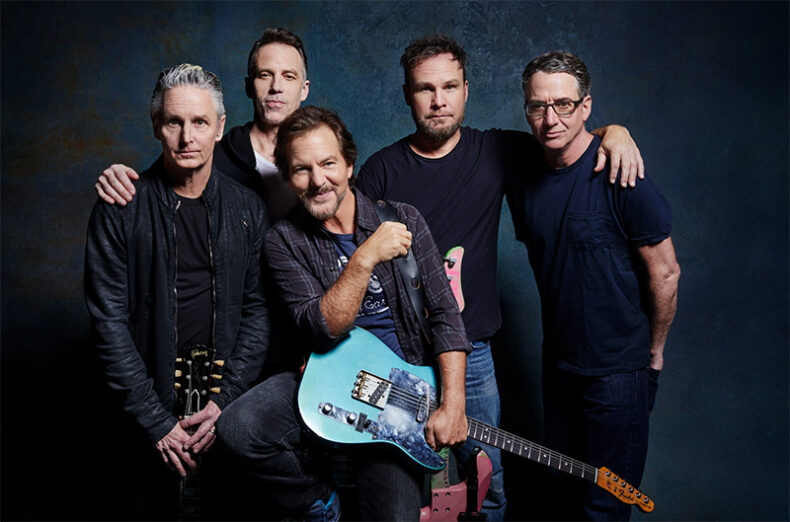 We’ve come a long way since March 2020 when Pearl Jam hoped to kick off their Gigaton tour in Toronto. Now, fully rescheduled, Pearl Jam made a triumphant return to Toronto on their current North American leg of the tour. With the recent addition of Josh Klinghoffer (Red Hot Chili Peppers) on additional guitars, keyboards, and percussion, the band delivered an incredible set full of surprises and memorable moments.

Walking out to Gord Downie’s “Here, Here And Here”, Pearl Jam started off their set on a slower note. Seated on stools, the band played seven stripped-down, largely acoustic songs. Opening with “Daughter”, Eddie Vedder’s vocals in such an intimate setting – as intimate as a stadium show can be – were chilling.  This part of the show also included the tour debut of “All Those Yesterdays”, “River Cross” (with Vedder taking over an organ in dedication to Ukraine), and covers of The Beatles “Her Majesty” and Pink Floyd’s “Interstellar Overdrive”. This in itself is what I love most about a Pearl Jam concert; you never really know what to expect. With over thirty years of being among the biggest bands in the world, Pearl Jam refuses to fall into the heritage band category by taking such risks. Who else would open a rock show seated, with a string of ballads and B-sides? 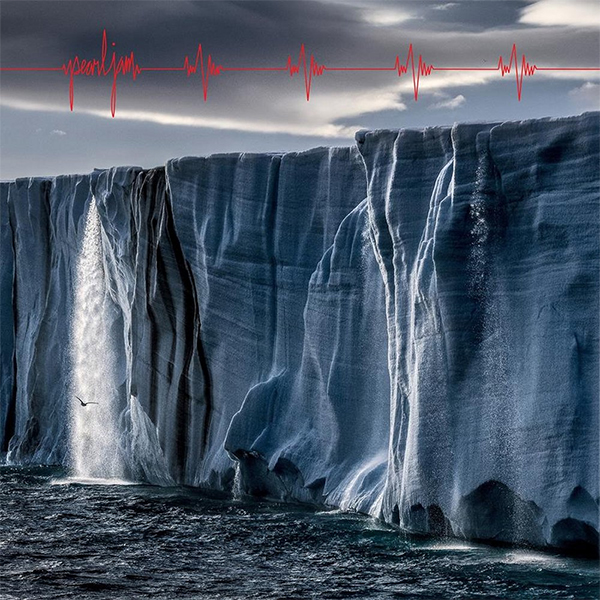 Despite only performing four songs from 2020’s Gigaton (“Quick Escape”, “River Cross”, “Who Ever Said”, and “Never Destination”), Pearl Jam’s set was a career spanning performance that focused more on deep cuts and lesser-known hits, reserving only a handful of some of their biggest songs for key  but memorable moments throughout the night. Following the slow burning of an opening, an invigorated Pearl Jam blasted through “Corduroy”, “Hail, Hail”, and “Deep” with explosive fervor, with the latter of the three proving to be a very special highlight. Additionally, “I Got ID” (commonly referred to as “I Got Shit”) bled into Neil Young’s “Cinnamon Girl”, while “Rearviewmirror” and “Even Flow” were essential showstoppers. It is worth, once again, noting that lead guitarist Mike McCready remains perhaps the most underrated guitarist of the ‘90s as he ripped Hendrix-inspired solos with an aggressive punk flair, often straying from the recording and embracing an improvised path. Most notably, his solos in “Even Flow” and “Alive” are incredible; furthermore, his distorted wah tone should be celebrated and chased among the most curated of sonic assaults. 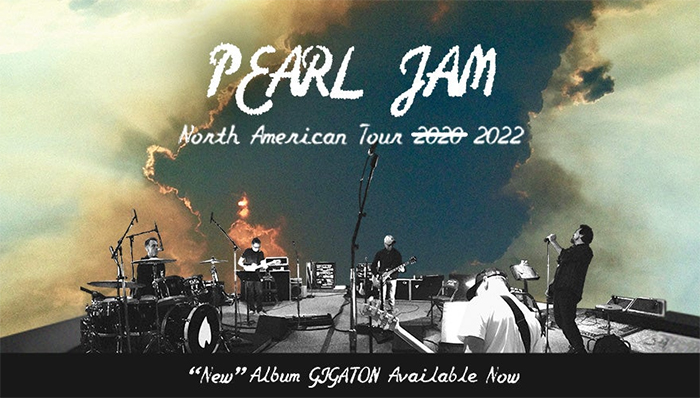 Returning for a brief, six-song encore – the written setlist included two additional tracks, “Leash”, which the band teased the riff for, and “Yellow Ledbetter”, two songs that would have made their show even more special – Pearl Jam opened their encore with a fan request for “Light Years”, which they dedicated to Downie. The love for Downie was further felt through bassist Jeff Ament, whose T-shirt read “Gord Fucking Downie”; McCready, however, may have had the best shirt as he represented Letterkenny with an “Allegedly” tee. Blasting through “Do The Evolution”, the always emotional “Last Kiss”, “Jeremy”, “Alive”, and Young’s “Rockin’ In The Free World”, Pearl Jam’s show extended almost 15 minutes past the venue’s curfew, performing the end solo of “Alive” into the closing Young cover with the house lights on. Unphased by this, it is clear that a youthful energy, a sense of rebellion, and a loyalty to their audience remains central to Pearl Jam, 32 years later.

You’d be hard pressed to go to a Pearl Jam concert and find someone who’s seen the band less than double digits; with an esteemed career of hits and performances that often surpass that of their records, this is a band that people travel great lengths to see and often follow on the road. Their recent stop in Toronto further justifies this as the band performed a set full of memorable moments and songs you weren’t expecting – the first time I saw this band, they performed Binaural in its entirety. All in all, Pearl Jam’s long-awaited return to the road sees the established statesmen of grunge balance ballads with raw rockers to deliver a fantastic musical experience.

A passion for music has always been a part of Gerrod’s life. As a young boy, he was raised on a steady diet of the music from The Chili Peppers, Aerosmith, The Stones, Prince, and others from his mum. Raised in the GTA, Gerrod continued to foster his love for music by attending a wide range of concerts and learning the drums. His unapologetic passion for music has no bounds and has spread to a wide variety of styles, whether it be the 90’s rock that sound tracked his teenage years, the jazz he studied in university, or his newfound love for hip-hop. He recently received his bachelors in music and education from York University and is passionate about writing and reviewing good (and less than good) music. Gerrod is also the drummer and songwriter for a Toronto based rock & roll band, One In The Chamber.
RELATED ARTICLES
eddie vedderlive reviewpearl jam

by Gerrod Harris on February 11, 2022
Eddie Vedder Earthling Republic Records Best known for his work for Pearl Jam, Eddie Vedder’s solo work has achieved a level of cult status with each release being revered by fans and [...]
10

by Gerrod Harris on October 22, 2020
Pearl Jam MTV Unplugged Sony Music MTV’s unplugged concert series spawned iconic performances throughout the ‘90s. While few, if any, will ever surpass the live albums from Nirvana and [...]

by Lucy Rendler-Kaplan on September 29, 2017
Pearl Jam Let’s Play Two Republic Records/Universal Music Canada Not sure if you’ve heard, but in what may be the most exciting moment in sports history, the Chicago Cubs won the [...]