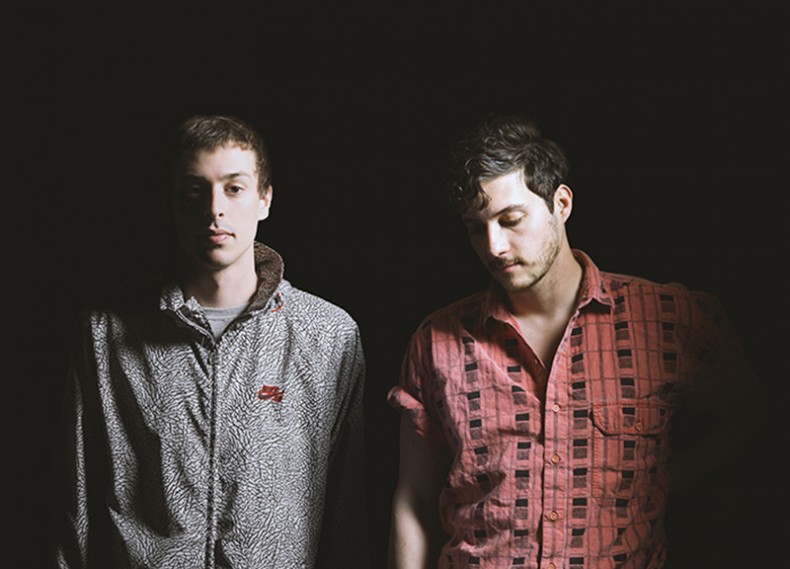 The Garrison may have been the venue, but there were clearly no prisoners in the house when Painted Palms took over on one of a small handful of Canadian stops of their current North American tour. The band played to a full house at The Garrison, and it was clear they made a huge impression on the crowd.

Cousins Reese Donohue and Christopher Prudhomme grew up together in Lafayette, Louisiana. It wasn’t until Donohue moved to San Francisco that the duo decided to take up a long distance musical relationship with the help of the internet. Prudhomme eventually joined Donohue on the west coast, but they continued to create the musical magic electronically, exchanging 15 to 20 second loops back and forth by email, reworking the piece until they had transformed it into a complete song. That first psychedelic synth-pop loop eventually grew into their debut EP — 2011’s Canopy. They have since released two more EPs – 2013’s Carousel and Nothing Lasts Long , as well as two full length albums – 2014’s Forever and 2015’s Horizons. This latest release actually marks the first time they have been able to work together in a studio at the same time.

Live, Painted Palms’ sound gives the impression of being larger than life – it’s hard to believe that all that sound comes out of just three instruments! Their studio performance translates well live, with Donohue’s lulling vocals right on point. Though the band usually tours as a four piece band, their current tour sees Donohue exchanging his six string guitar at times for a bass. Prudhomme on synths is a mesmerizing character – a Weird Al look-alike bopping around to his own beats. Touring drummer Shaun maintains a consistent and catchy beat, with a unique drumming style; as one Twitter-versian once observed, he “plays traditional grip with the WRONG HAND”. Whatever, it works! “Spinning Signs” was a definite crowd pleaser, and “Hypnotic”made for a grand finale! The performance breathes light, energy and sunshine and leaves

After the set it was clear that Painted Palms had made a lasting impression on the audience. Even by the end of the evening, after headlining act Small Black, audience members were still buzzing about the “awesome” and “mind-blowing” Painted Palms performance. They are taking root in the hearts of their fans, and the word is spreading. This band is a must-see.

Trish Melanson lives in the Toronto area with her three boys, Nicholas, Justin, and Eric, her dog Jakkson, and her cats Max and Jagger. She is the former host and producer of Canadian Kickass, a weekly two hour radio show on New Jersey's Chestnut Radio, showcasing Canadian Music. She is also a former Web Content Manager of Indie Soundscapes, an online showcase for Independent Music Artists Worldwide, and was a regular music contributor to The Stroumboulopouli. She is a fervent supporter of the Toronto live music scene. In a past life she was a teacher and Vice Principal in Durham Region. She has many more new and exciting projects waiting in the wings. ;)
RELATED ARTICLES
horizonslive reviewspainted palms
8.0

by Aaron Badgley on September 14, 2018
Vishtèn Horizons Select Distribution Vishtèn have been around for about 15 years, and Horizons is album number six for this trio. Consisting of Acadian sisters Pastelle and Emmanuelle LeBlanc [...]
6.0

by Chris X on September 4, 2015
Painted Palms Horizons Polyvinyl Records The San Fran cousins are back, with more instrumental layerings than you could shake a synth at! Reese Donahue and Christopher Prudhomme are the [...]