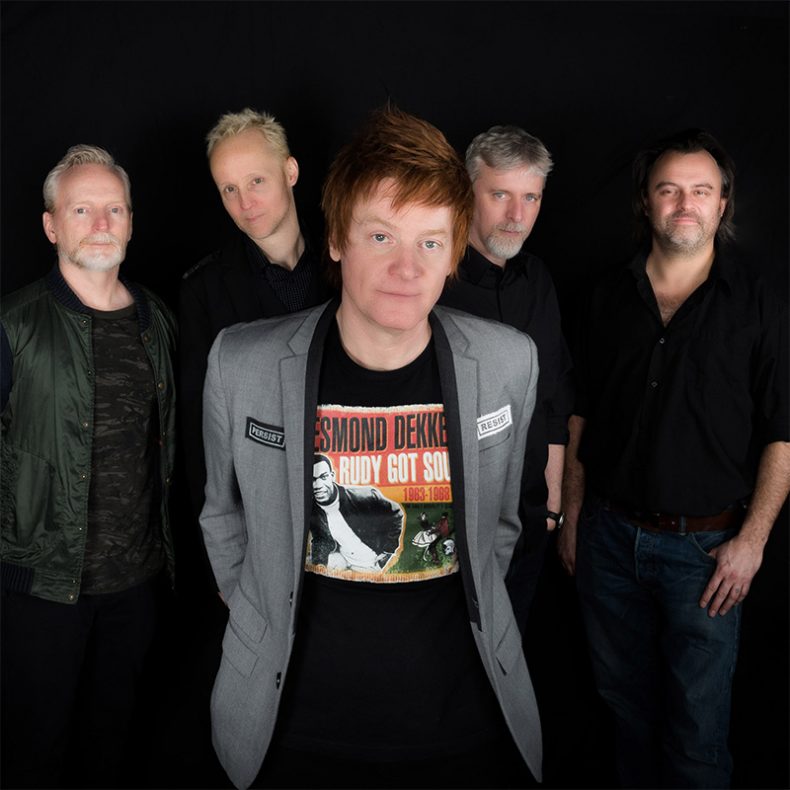 LOWEST OF THE LOW

Expanding the list of artists who have been hosting live virtual concerts, Lowest Of The Low are now joining the fray. Lead singer and co-founder Ron Hawkins has been hosting Facebook live acoustic “Tommy Douglas Tuesdays” performances from the comfort of his abode for most of this year. Therefore, it was only a matter of time before Hawkins (lead vocals, guitar), David Alexander (drums), Lawrence Nichols (guitar, harmonica, keyboard, backup vocals), Michael McKenzie (lead guitar), and Greg Smith (bass guitar) quenched their thirst for a live performance in front of fans, from far and wide.

The full-band, multi-camera, pro-shot, Zoom-broadcast livestream event, a chapter of The Horseshoe Tavern’s Hootenanny Series, fittingly took place at Toronto’s fabled Lee’s Palace, the same venue where the Lowest Of The Low performed their last live concert on December 14 of 2019.

The show started with Hawkins answering some questions from fans, which revealed that new music from the Lowest Of The Low is in the works, as is a live at the Horseshoe Tavern release. He also answered questions about songs “The Barricade” and “A Casual Overdose”.

Shortly after, the band got things off on a rocking high note with the opening song, “Bonnie & Clyde”, from 2019’s triumphant release Agitpop, which was produced by Grammy award winning producer David Bottrill (Tool, Muse, Smashing Pumpkins). 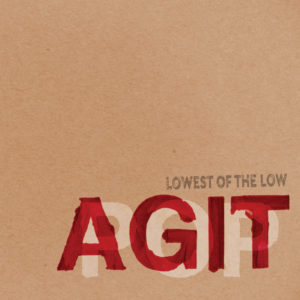 The band proceeded to not only play the radio hits and fan favourites, such as “Eternal Fatalist”, “Salesmen, Cheats and Liars”, “The Barricade”, “City Full Of Cowards”, but also less well-known songs such as “Concave”, “So Long Bernie”, “Lazy Days” and “Love ’N’ Justice”. The song selections were well-appointed with at least one song from each full-length Lowest Of The Low album being included.

The Lowest Of The Low thrive on fan participation and the energy they exchange with the audience. It can’t be easy to perform to an empty concert hall, which would normally be packed, but they made it work really well. During a point when typically, the audience would be singing along, Ron shouted out “I can’t hear you! I literally can’t hear you.” with predictably no response, which added some levity to the moment.

After “Night Of A Thousand Guns”, another solid release from Agitpop, Hawkins reflected with “If you don’t have this album, you’re crazy!”.

He may be right.

The final number, “Bleed A Little While Tonight”, from the critically-acclaimed 1992 release Shakespeare My Butt… was the “final” song, with impromptu audience participation using band members. At its completion, the members of the Lowest Of The Low proceeded to leave the stage, bidding onlookers a fond adieu, with Nichols uttering the thoughtful, wise, and simple words “Look after each other”. As if they hadn’t already fullfilled their duty with nearly two hours of song, the band then returned to the stage and roused the virtual audience further with an encore performance of stirring renditions of favourites “Black Monday” and, their biggest hit, “Rosy and Grey”.

A rebroadcast of this live music stream is available, until December 24, 2020 at  www.horseshoetavern.com for details.

John Graham is a Vancouver-area resident who typically spends most days admiring music of all genres. When not listening to music, John is usually at a live show, somewhere in the bowels of Vancouver.
RELATED ARTICLES
bottle rocketslee's palacelive review
8.0