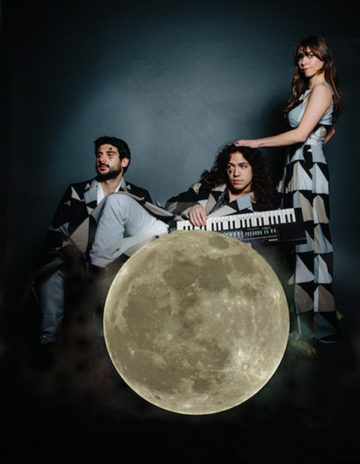 Last night The Satellite hosted Arc Iris, a band whose new record Moon Saloon was released earlier this year on Bella Union (Europe) and ANTI- (U.S.). The band’s front-woman, Jocelyn Adams, cut her teeth as a member of The Low Anthem. After branching out for her own project, Jocie recruited drummer, Ray Belli, and multi-instrumentalist, Zach Tenorio-Miller. The new music seeks to hold on to the band’s Jazz influences while pushing the boundaries of Pop music. There are loose and washy moments that resemble the songwriting of Leonard Cohen and Joni Mitchell while holding to a more modern sound, similar to the likes of St. Vincent and Clap Your Hands Say Yeah.

The show opened up with L.A. trio Lone Kodiak. The band has an atmospheric vibe that appeals to fans of Sigur Ros and Explosions In The Sky. The songs were sweeping and gorgeous, with an epic and dark feel like Band of Horses. Fans were glued to the stage with the extended live version of their 2016 release, “Disaster,” featuring Storm Smith – a dreamy Rock song that is at once intimate and epic, close and vast. Lone Kodiak understand all too well how utilize a minimalist approach to bring out a song’s lonely existence. The reverb-laden, pensive Indie Rock group primed the stage for a night of fantastic and talented musicians to follow. 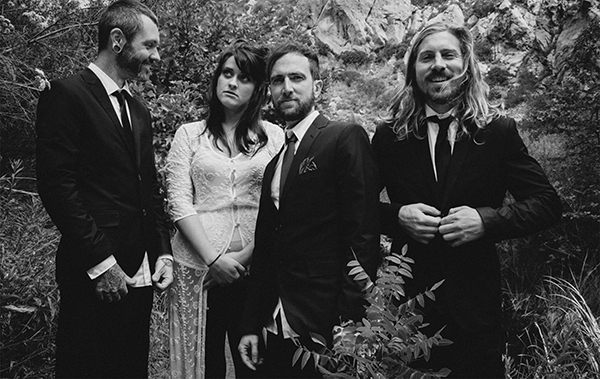 The Qosmonauts were a very different story from the first act but phenomenal nonetheless. Qais and his band are made of all sorts of instruments that you don’t know the names of and probably can’t pronounce. They performed an almost non-stop 40-minute set, during which they spanned the likes of experimental Jazz, Calypso, jam band Funk and traditional Afghan music. The songs reminded me of instrumental greats like Medeski Martin & Wood and Toubab Krewe. Qais and his Qosmonauts drove the crowd into an enthralling sonic time portal of ancient traditional music that caught up and intertwined with the modern jam band scene. The Qosmonauts provided an instrumental breath of fresh air between the atmospheric rockers before them and the headliner up next. 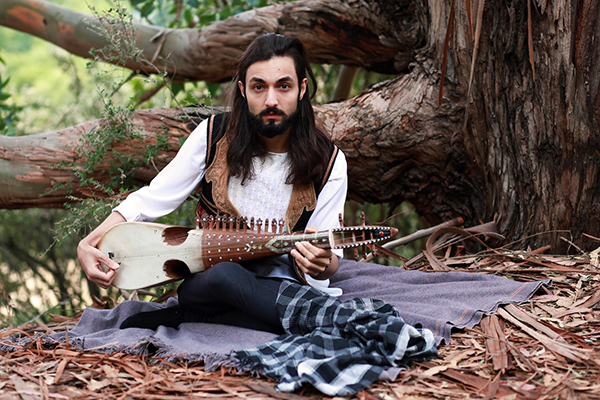 Jocie came out in a David Bowie-esque neon leotard and as she struck the first chord the crowd knew that this was a musical group that had deep appreciation for performance art, such as that found in The Velvet Underground and Frank Zappa. Arc Iris seemingly bridged the gap between the two vastly different opening bands. They were experimental and clearly had a heavy Jazz background that only virtuoso musicians can display. At the same time, they were lush and atmospheric, breaking into big open choruses that let Jocie’s lead vocals soar. Like the album, Arc Iris’ songs hold a dense musical structure and daunting harmonies. In a live setting, they were able to show off; breaking into long, whimsical spinoffs and extended breakdowns.

Fans who know Jocie from her Low Anthem days had high expectations, and she did not disappoint. The ethereal “Kaleidoscope” (first on the new album) reengaged the crowd with its textured soundscape and Hip-Hop drum groove. The song explodes with weeping violin and wandering synths and then kicks back in hard with a bouncing guitar riff and brooding vocals. The crowd was mesmerized, leaving the room utterly silent for a quick moment between the very last note of each song and the applause. With a studio album so lush and layered, it was impressive that between just Jocie, Zach and Ray, the live sound stayed so full. The talented group of musicians really used dynamics to keep the crowd engaged — the lows were ever so low and the highs were huge! As the last show on their short tour together, Arc Iris and Qais & The Qosmonauts brought out their best for their fans at The Satellite. Arc Iris should have an exciting future ahead of them with the backing of Bella Union and ANTI- and I’m curious to see where they are next time I find them back in Los Angeles.

After majoring in business & entrepreneurship at UCSB and traveling the world, Andrew moved to Los Angeles to pursue music and not give up his love for surfing, hiking and yoga. He is also in a couple really cool, up and coming, indie-rock bands in LA - Mothlight & Lone Kodiak.
RELATED ARTICLES
anti- recordsbella unionlive review