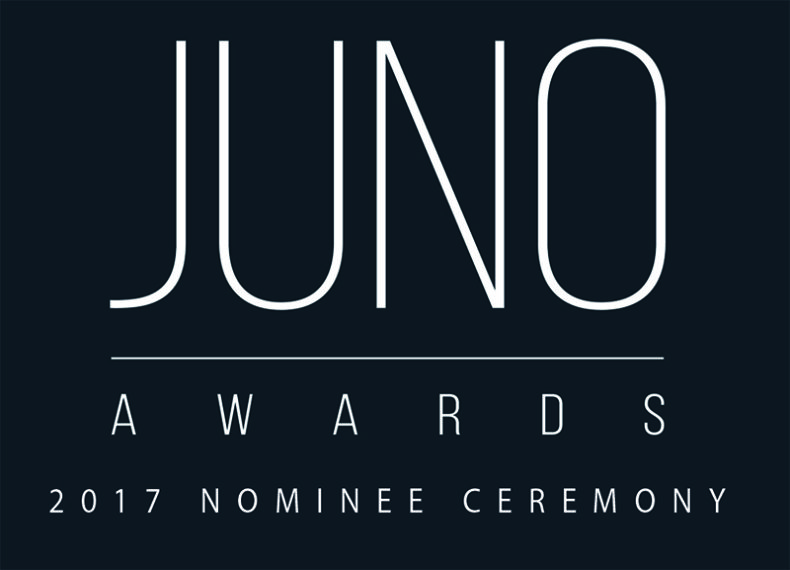 While awards aren’t everything, appreciating our Canadian artists is, and the JUNOS are where that really happens. The 2017 Juno awards will mark the 26th annual ceremony, and it’ll celebrate not only that, but everything that’s happened this year in music. Today the nominees and performances were announced at the re-vamped Sound Academy – Rebel – and the room was filled with confidence and appreciation.

The ceremony will be held in Ottawa for the third time in Juno history, and I’d say that there’s no better way to celebrate Canada’s 150th than for it to be hosted in the nation’s capital.

There are names that we all have come to know and love, but those names always have to start somewhere, right? Bands like the Tragically Hip and Billy Talent have made their mark on Canada’s music scene, and groups like the Arkells are making their way into our every day playlists. It’s when they’re put in the same category that it really starts to sink in that they’re beginning to make their mark, and while we may already know the imprint that they’re making, they don’t always. That’s why we take the time to host ceremonies like the Juno’s, where we dedicate our time to showing gratitude to their efforts. Maybe it’s just a footnote in the bigger story, or it’s a moment that will never be forgotten for those involved, but the sentiment is there, and it’s a very Canadian way to say thanks. Thank you for your efforts, thank you for giving us something to listen to on the way to work, and thank you for making a staple in our lives. Here’s to thanking our 2017 Juno awards nominees. Whether you’re the ‘chosen one’ or not, this is Canada telling you that what you do has made our every day just that little bit better, and thanking you for it.

HERE is the list of the nominees for this year’s Juno awards, and to get you a little bit more excited, it’s also been announced that there will be performances from Ruth B, and the Strumbellas.

Music makes the worst situations bearable and the best situations even better. I'm just here to share the inside scoop and anything you may have missed, while I establish my own voice in the industry. Born and raised in Ottawa, I never go anywhere without a set of headphones. Live music has been my vice for as long as I can remember and sharing stage side stories is a major bonus.
RELATED ARTICLES
juno awardslive reviewrebel

by Trish Melanson on June 6, 2021
50th ANNUAL JUNO AWARDS VIRTUAL EVENT JUNE 6, 2021 “Music is magic, music is unbelievably special, and important to human life. It always has been, and it always will be”, exclaimed Jann Arden on accepting her nomination tonight at the JUNO [...]

by SPILL NEWS on February 9, 2020
HEADSTONES SHARE VIDEO FOR “HORSES” | PEOPLESKILLS NOMINATED FOR A JUNO FOR ROCK ALBUM OF THE YEAR SAINTS AND SINNERS TOUR 2020 DATES The Headstones share a brand-new video for their latest single “Horses,” from their [...]