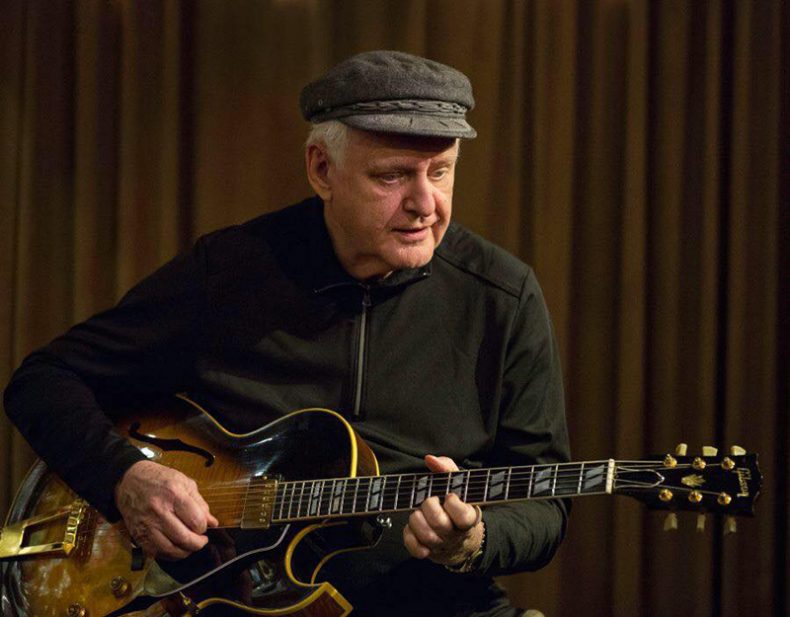 If you’ve ever turned on a radio in your lifetime, you’ve likely heard the music of Del Casher without ever knowing it. As a member of what is perhaps the greasy collective of session musicians, The Wrecking Crew, he’s performed on numerous classics. His influence on pop culture further extends into technological innovations as well as he invented the wah-wah pedal. With such a legacy, his actual music has enjoyed a curiously quiet level of success, however all of that is about to change with the first official release of his 1978 album, Italian Stallion – which was initially licensed under a pseudonym as the soundtrack to Sylvester Stallone’s film debut, the softcore pornographic film, The Party At Kitty And Stud’s – after having gone viral over the last decade. Now, the lost album is set for its first official release and Casher’s funk, jazz, and pop odyssey will finally see the light of day.

“It’s amazing that something that I had made in 1978 is finally seeing a release now” Casher exclaims at the beginning of our conversation. The story of Italian Stallion is certainly a wild ride, and while it is humorously titled after Stallone’s cinematic debut in a porno – a humble story that is equally as unexpected – that was not the original plan for Casher’s lost album. As he puts it, “The album was made with a truly all-star band: Billy Preston came by on clavinet; Stan Worth was there; and most of Johnny Carson’s Tonight Show band was there as well. I was the composer, musical director, and I played guitar… I was inspired by Bill Conti’s score on Rocky and wanted to bring a similar level of orchestration and fanfare to a band.” The result is a funky and melodic disco-rock album that was intended to be released as Casher’s own solo album; however, it was later licensed out to be the soundtrack for The Party At Kitty And Stud’s. Casher adds, “it was never written for a movie; it was my album.” Furthermore, and most impressively, Italian Stallion was recorded in a single day with Casher citing the budget for this. Despite that, you would never imagine such an intricate and organic album was made in a day by session musicians who had never rehearsed together prior to.  The album is a benchmark for compositions that turn bands into cinematic orchestras. 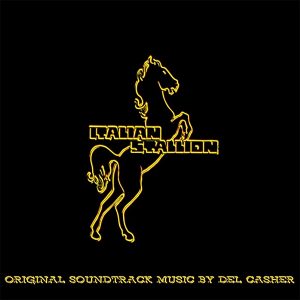 Released on gold vinyl for Record Store Day 2021, Italian Stallion is making its debut with its official release. After a revival of interest in his work following the soundtrack going viral in the last decade, Casher was left pleasantly surprised. While he was listed on the score under a pseudonym – “There’s a scene where they smoke marijuana at the end and, at the time, I couldn’t be associated with that as I worked with some really clean cut artists like Sinatra –  the only person I worked with who was out there was Frank Zappa, who I loved, but I always wore sunglasses to disguise myself” Casher explains – it was Jimmy Michaels who found him and ORG Music who helped him secure the original masters. As Casher puts it, “I couldn’t believe that all these people, after all these years, wanted my music. It was amazing! I wish it could have happened when I was younger, but I’m just happy that it happened at all.”

Beyond Italian Stallion, Casher has an abundance of stories to be told. Not only did he perform with Sinatra, but he appeared onscreen with Elvis and wrote the “Nightly News” theme for NBC. Most excitingly, however is how he passed along an early model of his new wah-wah pedal to Zappa with the instructions to deliver it to a hot new guitarist on the scene, Jimi Hendrix. Casher recounts “I discovered a circuit that could make the guitar simulate the sound of a horn; it was so new and unheard of, that nobody could imagine it. I tried everything to make it work with Vox, but nobody wanted it… I used to use it all the time with Zappa as a means of allowing the guitar to talk to the audience in a new way… It wasn’t until I asked Zappa, who was going to New York City, to bring a pedal to Hendrix with the hopes that he would use it, and did he ever make the guitar sing.” This single act altered the course of rock, the guitar, and popular music as a whole tremendously. Not only is the wah-wah pedal a staple on pedal boards worldwide, but the tone is something that is continuously being challenged, reinvented, and innovated through figures from Hendrix to John Frusciante and Tom Morello.

At 82-years-old, Casher’s work is finally seeing the proper release and attention it deserves rather than remain a footnote that even Stallone himself has disparaged. As Casher plainly states, “I’m thrilled. I feel like a teenager again!” Following the release of Italian Stallion, Casher has hopes that this renewed interest in his work will see some of his other music, including his 1979 album, California Feeling, see proper and reissued releases. Regardless, Italian Stallion stands as a culmination of Casher’s creative career and is an era defining collection of music.