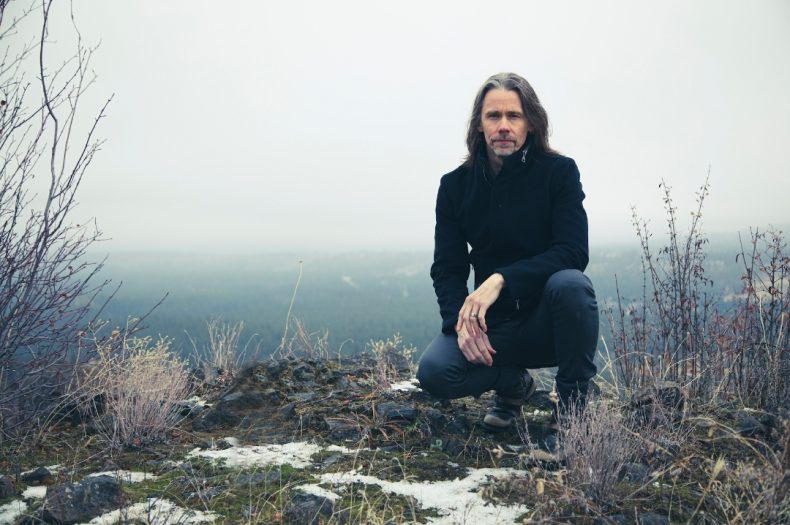 THE IDES OF MARCH

A CONVERSATION WITH MYLES KENNEDY

Myles Kennedy is not one to remain still. While best known for fronting Alter Bridge and Slash & The Conspirators, the singer, guitarist, and songwriter has begun to make a name for himself as a solo artist. His stellar debut, 2018’s Year Of The Tiger, was an acoustic album of pure artistic expression that left critics and fans equally stunned by the hard rock veteran. Now, Kennedy has returned as a solo artist with his upcoming sophomore release, The Ides Of March, due on May 14.  Speaking on the bluesy and country-inspired rock record, Kennedy shared all regarding the creative process behind it.

Much to my surprise, The Ides Of March is a departure from the acoustic style of Kennedy’s solo debut, something that is clear from the opening, bluesy wail of an electric guitar set over pounding rhythmic shots from the band on “Get Along”. “It’s kind of a proclamation” Kennedy says. Humming those shots, he adds, “well here it is, this is not ‘in the year of the tiger’, it’s very different in that respect, but it’s interesting as that is one of the few tracks with weight in that realm; there is the acoustic element on other songs later on as I was hesitant to make a record that was total riff rock – I wanted there to be something that tied the albums together, and a lot of that came from the instrumentation; still keeping the lap steel in the arrangements, the acoustic guitar tucked in and sometimes featured more. It was definitely a delicate dance.” As a result, The Ides Of March draws from the blues, country, rock, and folk, making for a versatile record that demonstrates the range of Kennedy’s songwriting and performance as a singer and guitarist. It is such a curation of influences that actually inspired Kennedy to branch out solo in the first place, explaining, “I’ve got such a love for American roots music and blues, and I thought ‘well it’s time to start making solo records in that tone’ and I integrated some of that passion into my music and it led to such a musical fulfillment.” 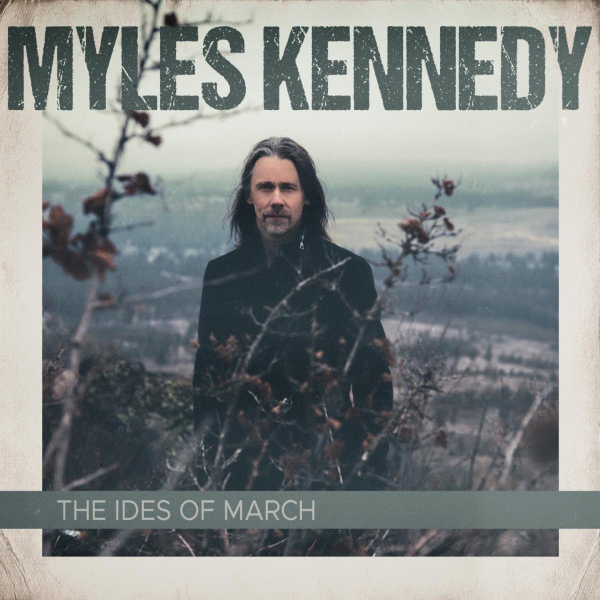 ORDER THE IDES OF MARCH

The Ides Of March is an album which truly came together in the last year. After Alter Bridge’s tours were canceled due to the pandemic, Kennedy suddenly had much more time on his hands to write this album, describing it as “I had an opportunity that I’ve never had as a writer… on the road, it’s hard ‘cause you’ve got a meet and greet, rehearsals, and a show, so this was great: all day, every day, in my studio, writing these songs.” Kennedy adds, “it helps you work through these strange times; for me to be able to reflect on the stuff we’re going through as a society and as human beings, it was helpful for me” which explains the outward looking, reflective tone of the album, which further contrasts to the personal vulnerability found on Year Of The Tiger. Kennedy confirms this, “The Ides Of March is trying to make sense of what’s happening to all of us and working through it”. As the record came to be, Kennedy got the same band together from Year Of The Tiger to record this album, some of whom Kennedy has performed with long before Alter Bridge, which made for an organic performance with an abundance of chemistry. Further reflecting on the rich influences, Kennedy describes the writing and recording process as one free of stylistic restrictions, adding “The only thing I was conscious of on this record was allowing myself the luxury of plug in – I wanted to make a record that was more electric guitar dominant, I wanted to play more lead guitar – but as far as cognisant of what I was drawing from, I just let it flow… maybe down the road I’ll intentionally make a record, I don’t know, inspired by Gershwin, or something, but for the most part I try to stay present and see what happens.”

At the centre of the album is the title track, a stunning seven-and-a-half-minute epic that shifts in tone with sophistication, grace, and taste in a manner that is as much cinematic as it is anthemic. “The Ides Of March” is unlike anything else. Speaking on the track, Kennedy continues, “I was coming up with ideas, concepts, themes for the album and I was on a walk with my wife last year March I thought, ‘Ides Of March’. There’s a lot of gravity in that phrase. There is a prophetic element of ‘beware of what’s to come’. When the journey started with that song, there was so much uncertainty, we didn’t know what was around the corner; the uncertainty was palpable. I thought it would be interesting to explore that in the story… The first half is dark and then you get to the coda and there is that level of optimism that we can rise above this.” Furthermore, Kennedy adds, “Hearing that people like that song means a lot because this was the hardest song to write on the record. It took nearly six months to write that song. Interestingly enough the only other song that took that long to write – it may have taken longer – was [Alter Bridge’s] “Blackbird”. Sometimes, when you obsess over a track and you throw everything at it and nothing sticks, when you finally get this body of work, it is so rewarding to hear that it was worthwhile when people like it.” He adds with a laugh, “there’s nothing worse when you work hard and they go ‘that song sucks’, it happens, trust me.”

Throughout our conversation, Kennedy remains humble while lighting up about his music in a way few others seem to. His passion for his music and songwriting is abundant just through our conversation, let alone on The Ides Of March. Despite the uncertainty that lingers in the year, Kennedy has announced a short run of dates in support of his release with hopes of returning to the stage in a safe and considerate fashion. All things considered, Kennedy shines on The Ides Of March in every regard. The album successfully builds on Year Of The Tiger while managing to stylistically depart into a creative direction that we’ve yet to hear from Kennedy. Ultimately, The Ideas Of March is a stellar album that continues to speak to Kennedy’s artistry as one of the greatest voices and songwriters of modern rock.

A passion for music has always been a part of Gerrod’s life. As a young boy, he was raised on a steady diet of the music from The Chili Peppers, Aerosmith, The Stones, Prince, and others from his mum. Raised in the GTA, Gerrod continued to foster his love for music by attending a wide range of concerts and learning the drums. His unapologetic passion for music has no bounds and has spread to a wide variety of styles, whether it be the 90’s rock that sound tracked his teenage years, the jazz he studied in university, or his newfound love for hip-hop. He recently received his bachelors in music and education from York University and is passionate about writing and reviewing good (and less than good) music. Gerrod is also the drummer and songwriter for a Toronto based rock & roll band, One In The Chamber.
RELATED ARTICLES
featuresguns n' rosesin stride