SPILL FEATURE: LOVE VERSUS – A CONVERSATION WITH LEEROY STAGGER 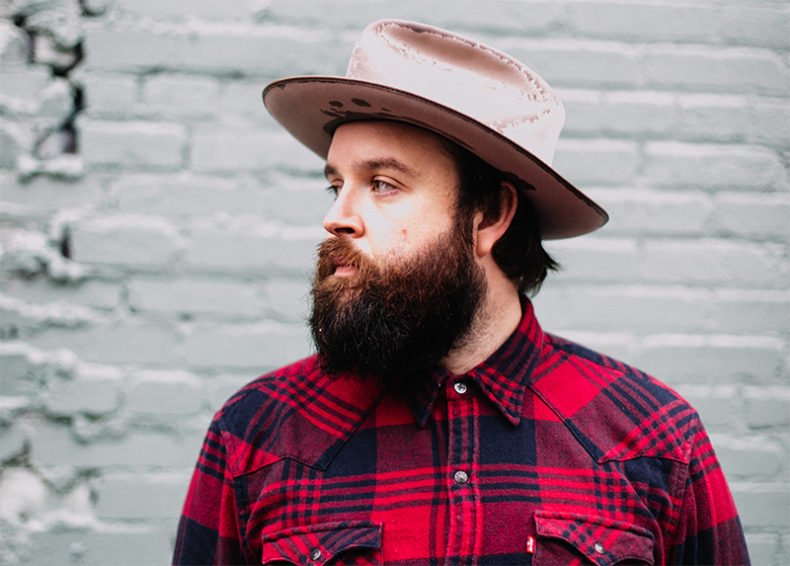 A CONVERSATION WITH LEEROY STAGGER

From punk rock to roots rock, Leeroy Stagger took his career from the hard edged Staggers to a roots rock solo outfit that is carving a deep path from coast to Canadian coast. Having learned the ropes very early in his musical journey on big league tours with Hot Hot Heat, Leeroy set himself up for a daunting transition from established band to a DIY solo career. Over a decade later, Stagger finds himself as a seasoned songwriter and producer with several albums and tours under his belt who is ready for anything. With a monster new album titled Love Versus, Leeroy Stagger is ready to take 2017 head on and push his new release to the next level.

In a recent interview, Stagger mentioned “My standards we’re set pretty high pretty young, and when you’re starting out it’s obviously not as glamorous as that”. Today Stagger’s name is not only known Canada wide, but worldwide amidst a loyal fan base that continues to grow from album to album. Currently on his tenth release, Stagger said he’s finally found his voice quoting; “I try not to emulate anymore, it’s about me finding my own path”. “I don’t think we referenced any music with this record, which was the first time I’ve done that to be completely honest”. Love Versus is Leeroy’s favourite album to date for great reason; it has depth, emotion, sonic beauty, maturity and is 100% his own. 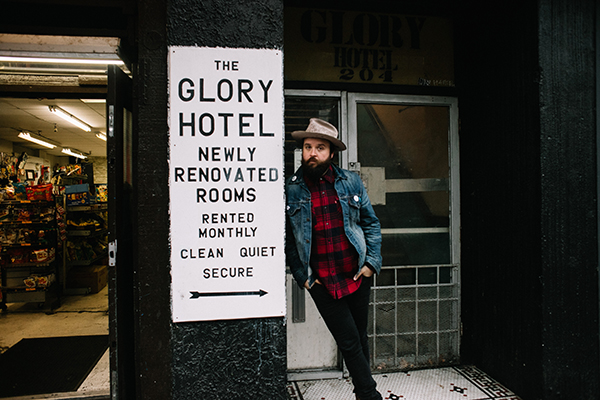 When discussing sounds and guitar tones, Leeroy worked with Paul Rigby (Nico Case, Garth Hudson), commenting; “he’s a freak of nature” referring to his guitar sounds and vintage amp tones. Adding depth to Rigby’s coveted skills in the studio was the fact that Stagger and the gang had an open door policy with Glacier Amps, a local amp shop that let them demo any and all available products opening the opportunity to jaw dropping sounds.

When experiencing this album in full, you are truly taking a trip into Stagger’s mind and a journey through his life. There are moments of joy, happiness, anger, sadness, intensity, hard rock, acoustic beauty and everything you would want in a tastefully written roots rock release.

Love Versus – Track by Track Review

The album kicks off with the commanding new single “I Want It All”, a mid tempo and heartwarming track that will get anyone in an upbeat and fabulous mood. Contrasting all the political uncertainty in today’s world and our heavily digitized lives, the song touches on the essentials of a happy life and how to turn a frown upside down. The song holds one hell of a standout line stating ‘drop a dollar on a song, maybe read a couple books, GET OFF OF YOUR GODDMAN PHONE’, a line that speaks not only to millennials but anyone consumed by electronic devices who take mother nature and other simple things in life for granted.

The title track “Love Versus” is an easygoing track with brushed drums that tastefully introduce the melody as the song rolls into wonderful guitar and bass lines. The heavyhearted lyrics put the listener in a state of deep thought and emotion. One of the standout elements of the song is the huge spaghetti western lead guitar that hits you in the heart during the catchy chorus. The guitar tones are impeccable.

Touching on styles similar to Ryan Adams, “Enemy Inside“ is a upbeat set of hooks that will get a crowd jumping. This track has a strong chorus that will win over many new fans with it’s straight ahead rock production style, super catchy pre-chorus and heavily percussed groovy chorus. The song conjures imagery of a final destination on the horizon at the end of a long road trip with mountains appearing in the distance. Great driving song! 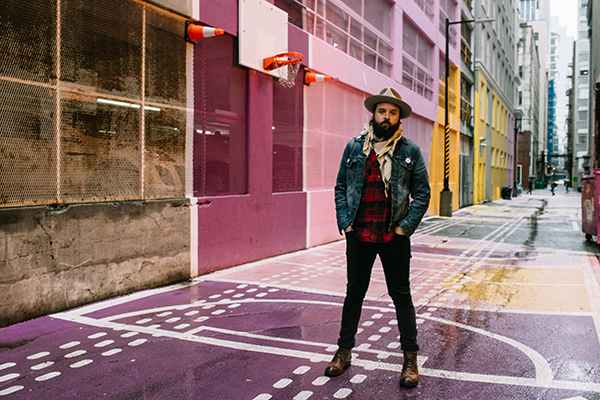 As we rewind the time machine a bit, “Crooked Old World“ takes us back to the early sounds of Drive By Truckers. The sharp fuzzy guitar solo in the bridge and outro stand out like something from a Ween record. The pungent lyrics ‘It’s a crooked old world, it’s a crooked old world, go smoke you a smoke go find you a girl’ ring true to anyone who’s had to earn their keep in life or weather the storms of love. “Crooked Old World’ is a song that reminds us that there are no handouts in this world and life can be a tough go.

The deep and dirty surf guitar infused tune “Little Brother” breaks open the imagination with wonderful imagery of driving a dusty desert road in a beat up old ride. This song is all Hollywood, and would work well on the next Cohen Brothers soundtrack.

The album’s game changer is when Pink Floyd’s ‘Dream’ rolls through the speakers, teasing you into thinking the band is about to do a full-blown cover, however, they just use it as the intro to an AMAZING song titled ‘Run Rabbit Run’. Stagger notes; “This was NOT an easy tune to pull off” however they did it gracefully with amazing feel and technical perfection. The song takes on a third part with an upbeat country shuffle while closing out the song with pedal steel and velvety vocals. Stagger mentioned “It’s kind of cinematic, it goes from No Country for Old Men to the Dukes of Hazzard”.

The album hits it’s rock peak with the song “Joe Strummer and Joey Ramone“, a fantastic tribute to a couple of Leeroy’s big influences. It’s an anthem, something what will make you pump your fist and crank it at a party. The HUGE chorus, which screams, “yeah we echo the words of our profits, Joe Strummer and Joy Ramone” will no doubt have serious impact on the radio. 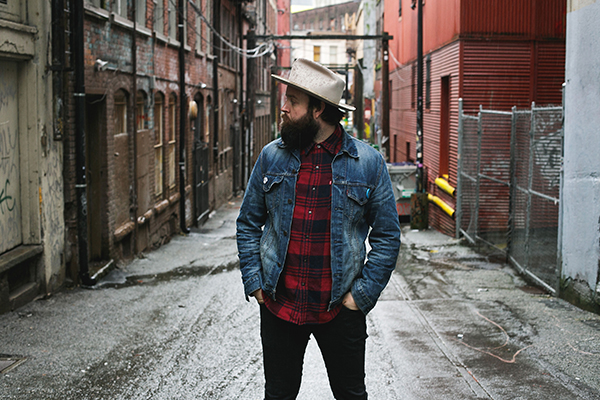 A late bloomer comes with one of the album’s strongest tracks titled “Living In The Future”. The sonic style and groove will get you thinking of Tom Petty’s big hits and you’ll instantly fall in love. The strong chorus and bridge really warm the soul and will have you spinning the tune on repeat.

“$1500 a day (Song for Elliott)” is a heart-warming upbeat country piece that rolls along like a train chugging through the Rockies. The brush driven beat creates a perfect and fitting crescendo leading up to the album’s final act.

“Until The End Of Time” is one of the sweetest songs I’ve ever heard, it’s a tasteful tribute to Leeroy’s family and kids and the perfect send off track leaving the listener in a pensive yet happy mood. It’s serious and beautiful, with fantastic acoustic guitar picking and sweeping organs that create a wonderfully sweet soundscape.

Leeroy Stagger has finally conquered a unique sound and voice without the need of emulating other artists and he will only improve from here. Having achieved his biggest musical goals to date, you can rest assured that he will be putting together some incredible music in the future. With the overall songwriting quality, production and big league sound of the album, it’s clear that Stagger is on to something AMAZING and I’ll be lined up for his next release without a doubt.

Andre has been writing for The Spill Magazine for over 12 years, dating back to the print days. His passion for music goes far beyond writing reviews for new music and live concerts, he is also an active musician and producer on the Canadian music scene. Having toured North America and Europe with various acts, he is no stranger to dedication and work ethic new bands must endure to make the grade in today's market; Andre always delivers perspective writing that is authentic and to the point. Mr. Skinner typically covers indie rock, grass roots, electronica and is our resident hard rock and heavy metal specialist. He is extremely selective on what bands he covers for articles and you can rest assured they are ALWAYS band to watch with something left of centre to offer.
RELATED ARTICLES
featurestrue north records