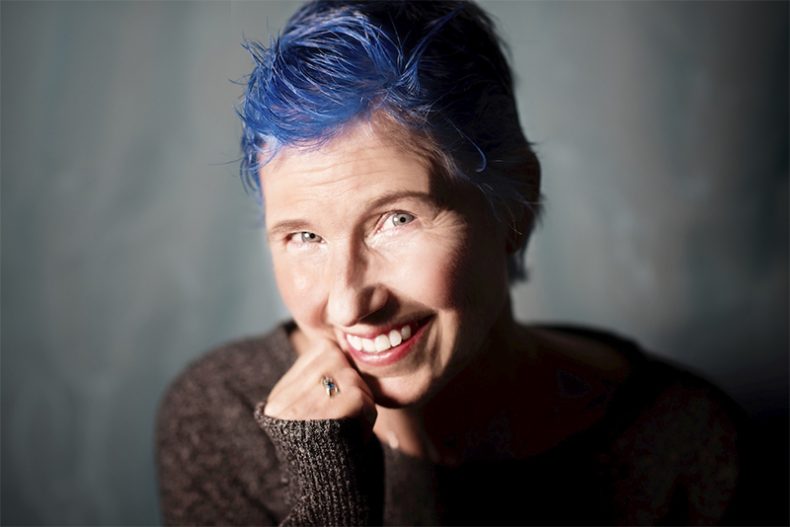 Odds are, if you’re reading this at all, you know Kira Roessler as the bassist for seminal Los Angeles hardcore band Black Flag during one of its peak eras. If you’re more attuned to her career, you’ll know about many of the bands in which she has played, including Dos, the bass duo she formed with then-husband Mike Watt. Now, with not a little cajoling from her brother, Paul Roessler — of Screamers, 45 Grave, Nina Hagen Band and Gitane DeMone Quartet fame, among others — and label Kitten Robot Records, she finally has put herself forward as a solo artist with the recent release of her debut solo album, simply and pointedly titled Kira.

In a world more accustomed to its singer/songwriter stereotype wielding an acoustic guitar, this haunting collection of songs really stands out not least because bass guitar is the lead instrument here, but also because these songs are anything but typical. In fact, they’re so particular to Kira and her sensibility that they may never have been heard at all.

“I never really intended to release a record,” she says. “I’ll be straight about that. My process for many years now has just been to record — to use my bass guitar to express myself, to channel my situations and emotions into my computer via the bass, and to build songs. … It’s sort of a separate issue whether anybody ever hears any of it. So I go to Kitten Robot [studios], where my brother works — Paul. He and I are often doing the finishing touches. He will add little bits, we will check to see whether we feel like it feels complete, and he will help me with the mix, and then one day this year, he said, ‘You know, Kitten Robot wants to put out a solo record.’ … I turned 60 this year, and I thought, well, maybe this is the year — I should just do it.”

Because there was no serious plan to make a record, some of the songs on Kira go back quite far. “Silently,” the album’s opening song, goes back 13 years, Kira says, while the last song on the album, “In the Quiet,” is from this year. Over that period of time, not only has her life changed, but she has, physically, as well. “I couldn’t possibly sing that first song today,” she says of “Silently.” “My voice has actually changed that much, to be honest. We all change. My voice has changed, and I’ve learned to live within my voice today, but I don’t have the same range or capacity that I once had, so when I listen to that, I think, ‘Oh, wow! That was fun!’”

Kira could come across as unassuming to some, being slight of build and of a kind disposition, but there’s no mistaking the formidable artist and woman she is on Kira. Sidestepping confessional cliches in her lyrics, she delivers her emotions matter-of-factly, sometimes with sweetness, sometimes with sarcasm, like on the delightfully caustic “Unsolicited Advice,” where she intones, “Did I just seem lost? You’re such a nice guy. And such great timing. Thanks for the help …”

The songs are written from a highly personal perspective, Kira notes, but she feels they should be relatable to anyone willing to connect with the music. “Punk rock was about getting in touch with the rage and the anger, and it was critical to me,” she explains. “And now, things can be more complicated. There’s rage. There’s irony in the record. There’s annoyance. There are all sorts of things. And there’s huge sadness. There’s huge love — all of these things that happen to be connected, too, because they’re universal feelings that other people have, too.”

Kira is nothing if not honest. And brave. Her bass on the album — the instrument that is most a part of her — is presented completely dry, devoid of effects. At times it feels akin to watching someone walk on a high wire, she’s so vulnerable. “It’s naked,” she agrees, offering that it was a conscious decision on her part, and one that she had to fight for with her co-producer and brother Paul. As a producer, Paul is noted for creating huge-sounding records that can be very in-the-face.

“[I’d be] saying, ‘Nah — it’s a little too much reverb. No. No, no, no, take that out,’” she recalls. “I act as editor, sort of wading through the stuff. We’ve become very good partners at this exercise, but there is something naked and pure about what I’m trying to say, and therefore the music has to reflect it. I want you to feel something. … that’s all I want with music. That’s all I want when I’m listening to music.” 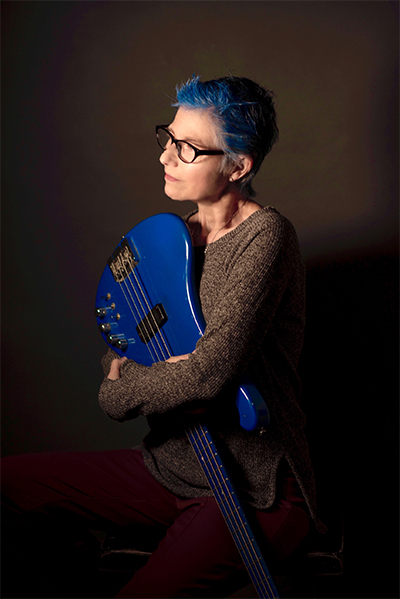 She also singles out Petra Haden — one of a set of triplets born to legendary jazz bassist Charlie Haden — who plays violin on a couple of tracks, and provides supporting vocals on one of the strongest cuts on the album, “Avoiding.” “Petra has the most amazing voice,” Kira says. “She has done albums — for example, The Who Sell Out — with every instrument, with her voice. … She just was doing a whole series of King Crimson stuff — all with her voice. She did a record of classic movie songs — all with her voice. I’m lucky enough to have her as a friend. ‘Avoiding’ was actually a song we sat down together with. That particular song has a particular kind of effect that only she could have brought to the table.”

But possibly the biggest contributor was the impetus for this particular cycle of songs — a little dog named Hombrito, whom Kira lost in 2013, and whose portrait adorns the cover of the album. “The story of love and loss is his story. For me,” she says. “Those emotions — you know, I never had kids. I raised him from a baby. And of course, I do dramatize my emotions in my songs, but that is the story. It’s the love. It’s the joy. It’s the loss. It’s the knowing the loss was coming. It’s the aftermath of the loss, and trying to express and share it, because, again, these feelings are universal. It doesn’t matter what loss you’ve experienced in your life — you know that feeling. And I know everybody knows that feeling. So, I’m just trying to lean into it, and for me it was Hombrito.”

According to Kira, when she showed Hombrito’s portrait to the folks at Kitten Robot and said it was going to be the cover image, they were a little less than excited about it. But eventually they came around to it. “On the flip side of [the CD], the frame is empty, and I’m there with my bass. So, when they saw the finished artwork, I think it helped create something, because it’s not about just Hombrito, but Hombrito was the intimate part, for me, was those experiences. I just tried to turn them into something that others could share and feel.”

She succeeded. Hombrito would be proud.