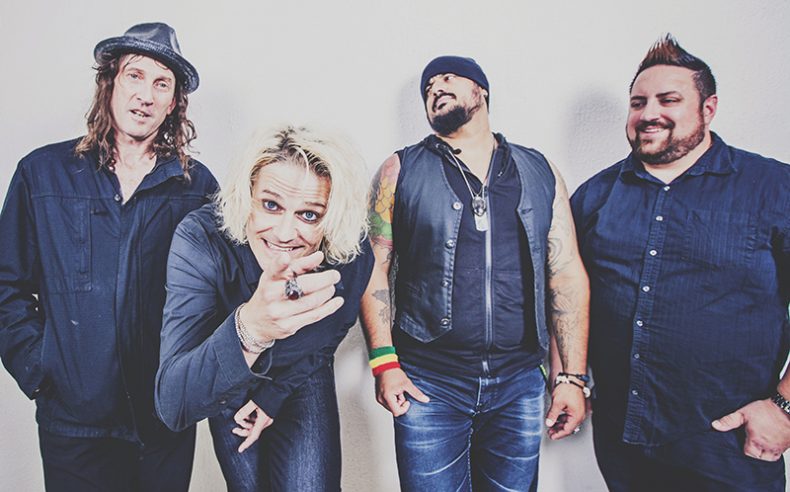 HEY HEY, GET OUT OF THE WAY

A CONVERSATION WITH TREVOR HURST OF ECONOLINE CRUSH

Being a fan of rock music while living in Canada throughout the ‘90s likely meant you were a regular viewer of MuchMusic. At that time, most prominently featured of the Canadian rock scene were Vancouver natives Econoline Crush. Their repertoire includes hit albums  Affliction and The Devil You Know, as well as  a slew of hit singles such as “Sparkle and Shine” and “All That You Are”, which quickly became commercial hits in regular radio and MuchMusic rotation. The ‘90s were golden for Econoline Crush, but soon the music industry, and in particular the way in which fans consumed music, began to change rapidly. The CDs gave way to MP3s, and Econoline Crush were left to determine how they would exist in this new age of music. After releasing their third album Brand New History in 2001, Econoline Crush soon disbanded.

Since then the band has reformed after years of personal growth. This is especially true for lead singer Trevor Hurst, who after facing and economic hardship and familial tragedy, went back to school and found a new vocation in psychiatric nursing, and has served as a frontline worker in the Manitoba flatlands with the Canupawakpa Dakota Nation. He is now approaching this new stage of Econoline Crush with a new found outlook on life and music.

“There were a lot of people focused on the Canadian music industry [at that time] which was nice for a change. It was exciting. We were part of what felt like a Canadian music movement. I remember feeling pretty fortunate to be involved at the time,” Hurst shared, reminiscing on the heyday of Econoline Crush. “We had finished Brand New History, and at the time the music industry was really kind of in an odd spot. I can remember thinking like, holy hell, there was the downloading. Nobody was really buying music at the time.”

The September 11th terrorist attack proved to have a great impact on Hurst and the band. “At the time, I misunderstood the role I think I had as a musician because I felt that I wasn’t helpful, like I felt that I couldn’t do anything. I felt powerless, and I didn’t realize that, you know, in the big scheme of things musicians, music, we provide relief in those times of struggle, and I just I didn’t really see it at the time,” said Hurst. “We kinda went on this hiatus. I ended up working on different music projects. And then, you know, we slowly started to just kind of talk and get back together and start playing the odd show. And it just sort of grew from there.”

With a new album planned for release this year, Econoline Crush has re-released “Get Out of the Way” as their first single. As the band was re-recording the song, the Covid-19 pandemic hit. “It was just amazing how much the song, lyrics, and vibe leant itself to sort of the frustration that I personally was feeling. I felt like, as a frontline worker, if the politicians would get out of the way and just get us the equipment we needed, we could do our thing. Just get out of the way.”

To say that living life as both a musician and a frontline worker during the pandemic has kept Hurst busy is an understatement. Although live shows are currently a thing of the past for the time being, the members of Econoline Crush have plenty of time to work through the creation of their new album from the comforts of their own home. At the same time, Hurst’s tireless work with the Canupawakpa Dakota Nation continues. His work is now the feature of a new documentary entitled Flatlander, set for release in 2021. 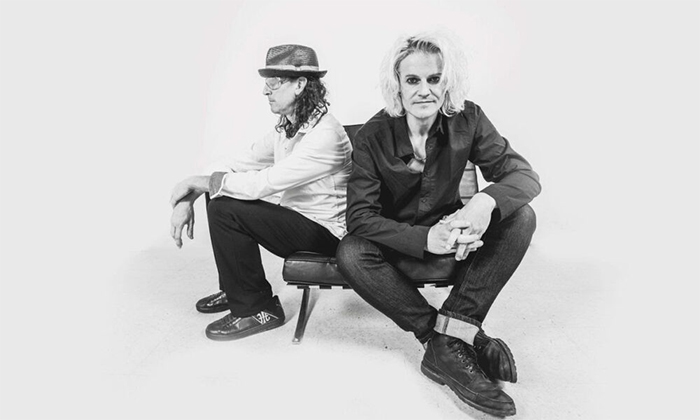 “Canupawakpa is the Dakota word for pipestone and it’s located near Pipestone, Manitoba, southwest corner, and I started as the only Canadian care nurse and a mental health liaison or worker. So I was doing double duty,” Hurst says. “It was through that experience, working with and being involved in the daily life of the people of that community, that I began to heal and feel stronger. I began to understand a better my place in the world.”

“I want to help and I want to be an advocate for those that are marginalized and people from First Nations that I think are mainly misunderstood in this country. Like I it was such an interesting experience because I was there to help, but in the end I think I feel very strongly that they gave me more. They helped me more, with learning how to heal. How to understand, and learning about the Creator and their traditions, their culture, and it was really beautiful.”

“During that time we still played shows and if I had a vacation, somewhere, or a few days off, a week off, or whatever, we’d go out and play some shows. And playing one of those shows, we ended up playing in Maxwell, Kitchener/Waterloo, and one of the owners, Dave Mansell, he became a good friend and he’s a film maker, and he’s like, dude, I’m going to come out and film you doing your job cause it’s interesting that you do this type of work,” Hurst says about how Flatlander came to be. “It’s just about done and it’s being edited and we’re working on the soundtrack for that. It’s kind of helping me make peace with my upbringing. As a Prairie boy growing up, becoming someone in the music industry and then kind of having to learn to put it all together; I think I discovered that I’ve always kind of been an advocate and this naturally flows into one another.”

“I feel strongly like when you have a spot or place in the music industry… if you’re popular enough you get to do interviews, you can advocate for communities and how important it is for Canadians to understand that the First Nations are very diverse, and very different, and very important. Their cultures and traditions are very important, and there are a lot of lessons there that we could learn, and we need to learn to fix this planet and get things back to the way they should be.”

Time spent in lockdown has resulted in ample opportunity for the band to continue working and fine-tuning their new album. “We are putting some touches on it but having the time we’re able to go and kind of revisit everything. Maybe that’s a curse too, but we’re able to go in there and really overanalyze what we’re doing. So we are kind of doing a lot of finishing touches going back and forth between songs and just completing it.” Although, the extra time in lockdown paired with the ever-changing political climate of the year means this album is in constant flux. “There were songs that got written in response to the latest events, you know, like the whole Black Lives Matter Movement, all of the stuff going on with the pandemic, different events that have impacted us as we are concluding writing the album. You know there was a song that just got written around two weeks ago I think.”

Like most people, Trevor Hurst is feeling the impact of not only the pandemic and the political unrest in the world on his personal life, but on the community he’s dedicated his time to serving. This impact is finding its way into his art with Econoline Crush, and it’ll be great to see what comes of it when their new album is released.

Samantha is both a writer and a fan of the arts and has been able to find numerous ways to pair the two. Eager to dive head first into writing for Spill, Samantha is an avid partaker and reviewer of live art in Toronto serving as an editor at Mooney on Theatre exploring live local theatre, she's a photojournalist for Been Here Done That, a travel, dining and tourism blog that focuses on Toronto and abroad and previously for Lithium Magazine. She's passionate about music, theatre, photography, writing -- not necessarily in that order. She drinks tea more than coffee, prefer ciders over beers, and sings karaoke way too loudly. You can follow her on various social media including Facebook, Twitter, and Instagram.
RELATED ARTICLES
features