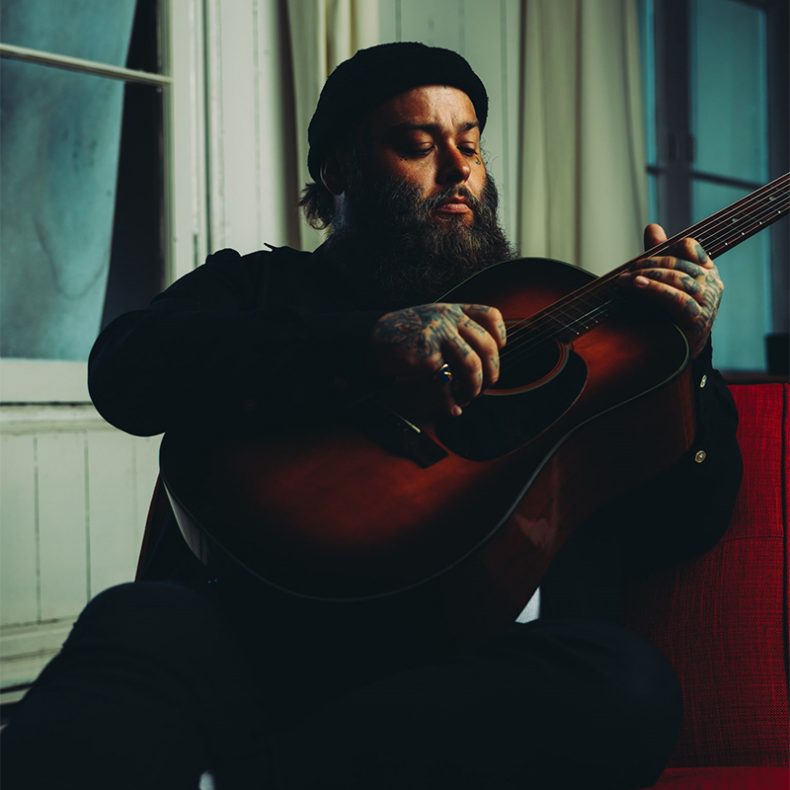 GOT A FEW GOOD FRIENDS HERE BY MY SIDE

While Alexisonfire continue to take things slow since reforming in 2015, Wade MacNeil refuses to slow down. With the 2020 release of his original score for Random Acts Of Violence, MacNeil has returned with his first solo record, under the name Dooms Children. A true creative and sonic departure, the eponymous debut album, released on October 20th, embraces lush melodies and harmonies through the stylings of folk, singer-songwriter, and the blues. Speaking on the record, MacNeil shares the process behind the making of Dooms Children.

“Life is good” MacNeil says, opening our conversation, adding “I’m very excited to put this out into the world.” Dooms Children is a jarringly personal story of pain and addiction set to the musical soundtrack that is quite the opposite, with MacNeil stating “It’s such an incredibly personal record, I want to have it be out there and have people be able to relate to it and have them look to it like a celebration, even though its heavy and sad. I’m on the other side of it now and I want to take it out on the road and make it something of a celebration.” Speaking further to this, MacNeil adds “The plan was to write some nice songs to help me through the things I was struggling with. What happened was I wrote a bunch of really sad songs that were happy musically; there are these lonesome moments but some of the most melodic and bright musical stuff I’ve ever written.”

The juxtaposition between lyrics and music is at the very core of Dooms Children, but the album truly shines for the level of risk MacNeil took by writing such drastic musical departure that defies all expectations one would have. The resulting eleven songs are arresting in their performance and writing as MacNeil pulls from influences ranging from Neil Young to The Grateful Dead to creating a compelling and emotionally raw album. Speaking on his influences, MacNeil says, “The Dead were a huge one for me. I love the idea of doing something confrontational but not musically aggressive, more like conceptually aggressive and raw in it’s presentation.” MacNeil continues, “There’s a lot of bluesy stuff I’ve loved as a guitar player – like The Allman Brothers, Neil Young – stuff I’ve always listened to but never left an inclination to it in my own music… I think just growing up in our little corner of the world, if I think of how an acoustic guitar should sound, Neil is the reference.” 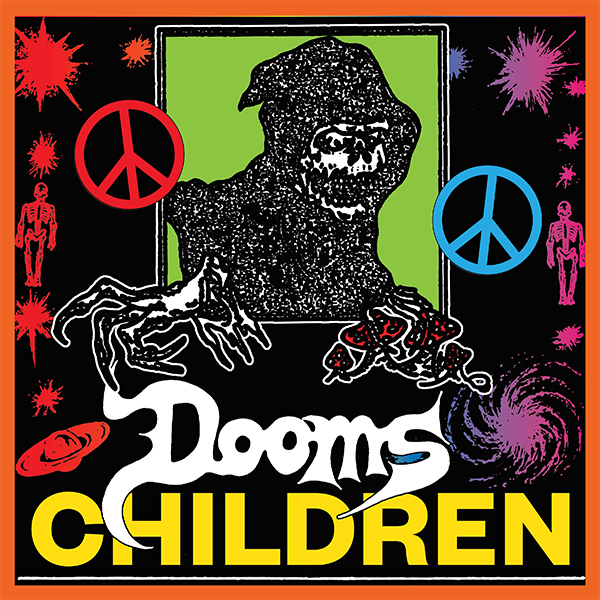 As far as writing goes, Dooms Children is purely the work of MacNeil’s own creative pursuit, reflecting “I wrote half of these songs primarily just on an acoustic guitar at a time in my life when I was drinking a lot and doing a lot of drugs, the other half was written when I got sober.” The music is unlike anything else in his catalogue, with MacNeil adding, “I wanted to write something cozy and soft to go along with the lyrics, but also to be more reflective of the music I’m fucking with.” Backed by a band, the album was recorded live off the floor, save a couple of overdubs, in Daniel Romano’s living room in Welland, Ontario. To match the raw and visceral nature of the lyrics, MacNeil adopted a sense of this in his performance, as he explained “it is very much the sound of all of us playing together in a room, usually take two or three. Even in the vocal approach, I’d sing it once or twice and if my voice went flat or I lost a word, I’d just let it be; it’s the way I sing it, I didn’t want to finesse it. I think this helped it sound more like those records from the ‘60s and ‘70s that I wanted to replicate.”

The contrasting nature of the project is only furthered by the name. Dooms Children sounds like it should appear on a Black Sabbath greatest hits collection and almost arms a would be listener with expectations for a sludgy, stoner rock concept album. The name comes from Conan The Barbarian, with MacNeil explain “if I were to release a record under Wade MacNeil, it would sound like a forty-eight year old dad’s blues trio” he says with a laugh, adding “James Earl Jones character from Conan, Thulsa Doom, his devotees, the cult of people who worship him are Dooms Children and I remember watching going ‘oh my god, what a name!’ and I scribbled it down on my phone along with the million other cool band names.” The name only adds to the duality that runs throughout Dooms Children which further develops the level of humanity present in the lyrical content. With such an ambitious and creatively driven project, MacNeil seems genuinely proud of his work and excited to see it released. As yet another facet to MacNeil’s creative output, Dooms Children is a stunning record that he hopes to bring on the road – he and the band will be supporting City And Colour on their string of dates through Montreal and Toronto this December – and back in the studio as soon as he can. Not one to idle, MacNeil hinted of a handful of new projects he is working on, ultimately reaffirming that we will be hearing more from him soon.

A passion for music has always been a part of Gerrod’s life. As a young boy, he was raised on a steady diet of the music from The Chili Peppers, Aerosmith, The Stones, Prince, and others from his mum. Raised in the GTA, Gerrod continued to foster his love for music by attending a wide range of concerts and learning the drums. His unapologetic passion for music has no bounds and has spread to a wide variety of styles, whether it be the 90’s rock that sound tracked his teenage years, the jazz he studied in university, or his newfound love for hip-hop. He recently received his bachelors in music and education from York University and is passionate about writing and reviewing good (and less than good) music. Gerrod is also the drummer and songwriter for a Toronto based rock & roll band, One In The Chamber.
RELATED ARTICLES
alexisonfiredine alone recordsdooms children
9.0