Features
950
previous article
SPILL VIDEO PREMIERE: ALEX BANKS - "FALLING DOWN"
next article
SPILL FEATURE: I CAN'T TELL IF THIS IS HELL OR IF I'M JUST BORED - A CONVERSATION WITH NICK ANDERSON OF THE WRECKS 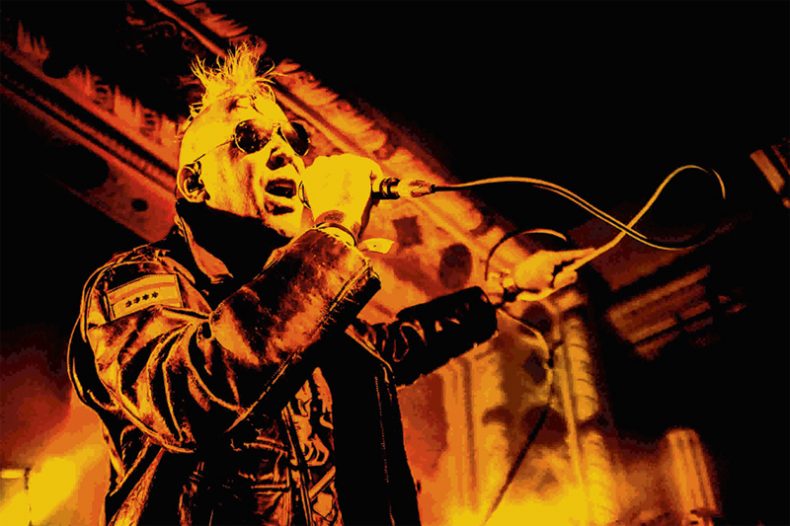 GET YOUR MOTHERFUCKIN’ HEAD ON STRAIGHT

A CONVERSATION WITH SASCHA K OF KMFDM

Back in the 1980’s there was an emergence of some really great music that still impacts much of the music we see today. The European underground was doing a bit of growing itself, with many roses blooming from the musical jungle from which they were manifesting from. One of the few artists that have stood the test of time from this era of industrial wave music is no other than KMFDM. Over the years, the band has changed and grown as well with only Sascha K. still remaining as one of the key members that started it all. However, through all these changes, the band has managed to, in their signature impromptu fashion, bring out one of their best releases to date back in September, proving that they still are very much on top of their game. This one blossomed as their albums often do, in spontaneous fashion.

“Ha, we never sat down and talked about anything” laughs Sascha. “As always, this album took on its own direction and wrote itself. Plus, it’s not the first time we address political and controversial issues, lyrically. KMFDM is a mirror in a sense, reflecting what’s going on around us. Each album represents a snapshot of the time frame when it was made. Like a family photo album, if you want.”

While this album may be a time capsule of the time of which it was written, somehow like many of their albums it remains timeless instrumentally.

“I rarely listen to any music at all, and if I do it’s ‘old stuff” Sascha exclaims. I like music that has been with me for a long time already. There has been a plethora of musical styles and variations in KMFDM since the very beginnings, 35 years ago. It was just rarely recognized because we’d been grouped into the “industrial” genre for some reason. But there’s so much more to KMFDM than that. Blinders don’t make for educated analyses.” 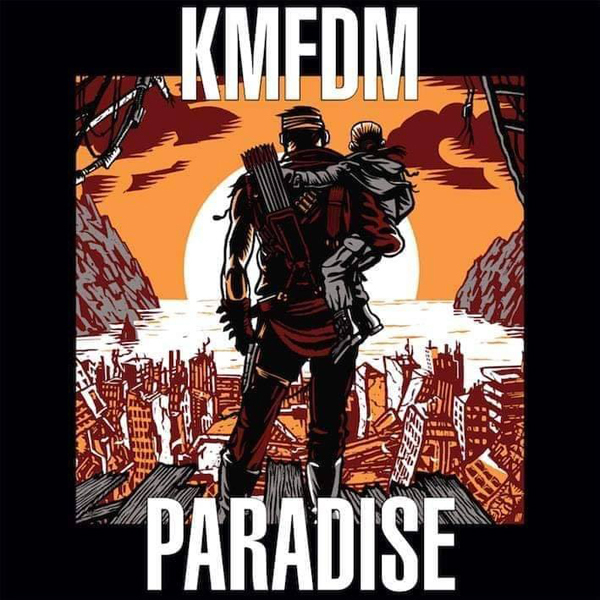 This could be why their music making process has always relatively stayed the same as well to keep up with their timeless qualities within such an innovative and controversial band. Needless to say, it’s worked wonders for them. Love them or hate them, the fact stands that you know what your audio senses are going to experience when you listen to a KMFDM track. While some many tend to think that their music writing process is about as straight fire and high-energy as the music they release, it’s surprisingly quite the opposite.

“It’s the same procedure as every time: I come up with more or less of a track that then gets passed on to Lucia who either latches on to it immediately or not, in the first case she will develop the track with lyrics and vocals and melodies, or the latter scenario in which case I sink my teeth into it and come up with content. Often times after an initial idea has been worked up, we both embark onto a third stage where our individual ideas and approaches become linked. The fourth process is farming tracks out to our drummer and our guitarist (Andy Selway and Andee Blacksugar, respectively) for more content and finishing touches before finally, the mixes are finalized and the album gets mastered.”

Despite the bands political stances and leanings on a wide range of subject and creative use of instrumental craftsmanship that results from such a writing process, it doesn’t seem like KMFDM is putting in the towel any time soon, changes or not. As we live in a world that is constantly changing, whether it be politically or nature-based, KMFDM remains one of the leading speakers of this world that keeps us on our toes. When speaking about the nature of KMFDM existing as a band, Sascha had a lot to say regarding the subject. 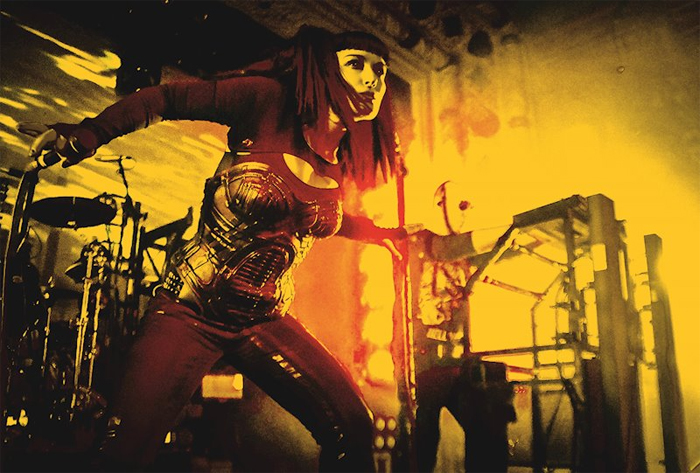 “KMFDM has never been a “band”, per se. It’s been an open platform for many collaborations over the years, some lasting longer than others. There’s so much to say as the world keeps rotating and events unfold, how could one decide to having said it all? I think, most importantly, that it’s been the connection, the giving and taking between KMFDM and their fans, that has kept things fresh and going, we wouldn’t be “us” if it weren’t for “them”.

This will come as great news for many fans as Sascha and KMFDM have been around for 30-plus years and the passion to keep making music is burning brighter than ever. It is because of the fans dedication to such an iconic music experience that KMFDM continues to thrive as it does. While it has not been a priority for KMFDM to gain the fame and notoriety as they have been getting for some time, this is the constant factor that has remained constant in this long adventure Sascha has endured with KMFDM. With every release, it seems the fans and love constantly multiples, no matter how controversial each one as gotten over the years. Yet to this day Sascha remains committed to this challenge to be more about the music then the fame that surrounds their signature sound. “to not become successful in a mainstream sense, to retain artistic freedom and 100% independence. By definition, I have been a DIY artist all of my adult life. I’ve never relied on record labels, music publishers, merchandising companies, managers and such, been doing it and overseeing it throughout the years. Kontrol is key. KMFDM are very serious about what we do, without taking ourselves too serious!”

You can listen to KMFDM’s latest release Paradise on Spotify or any other music-based platform, who knows — you may be like Sascha and not gain a favorite but maybe just acquire another great album in your cabinet of music. “I like all of them, otherwise they wouldn’t have made the cut. To tell you which ones I will favour more so than others, I’d have to get into performing them for live shows, that’s when we’ll find out which ones ‘come across’ more than others, but live shows are scheduled to begin not for another six months or so.