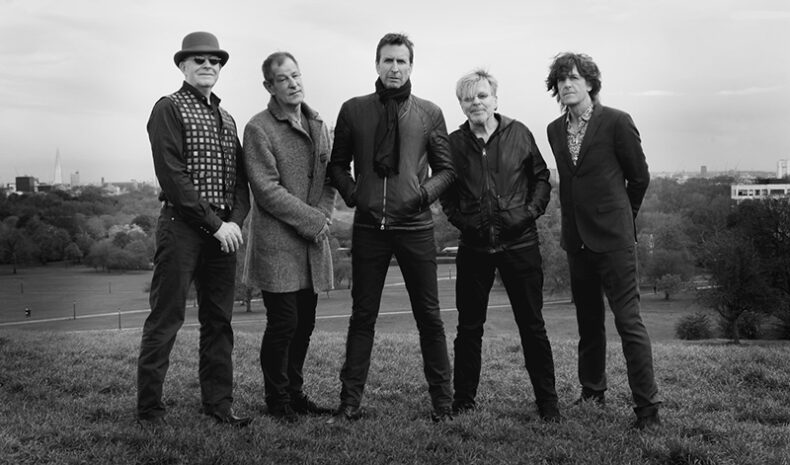 A CONVERSATION WITH CY CURNIN OF THE FIXX

In 1979, Cy Curnin and Adam Woods (drums) formed a band together, named Portraits. By 1982, the band added some key members, changed their name to The Fixx and had released their debut album, Shuttered Room. That album spawned two hit singles (“Red Skies” and “Stand Or Fall”) and would go on to be a worldwide hit album. Since 1982, the band has released 10 albums up to 2012. Now, ten years on, they are about to release their 11th studio album Every Five Seconds. I had the opportunity to speak with original member Cy Curnin about their new album, Every Five Seconds.

“Another year, another vintage”, laughs Curnin. “I am very excited to get this new album out. Part of being in a band is you make a record, go out and play the record live, and then you get jonesing to play something new, so you go back into writing mode, and record. This was after the back of Beautiful Friction, we went off a few years promoting that album. So we decided it was time. And I’m always writing anyway. So we went back into the studio and were crafting away, but then we would have had the record out a little sooner but the pandemic stopped the world, so we all got off for a while. And here we are now with our first opportunity to get it out. This album has a slightly familiar tone. At this point in our legacy, we wanted to have something familiar and yet fresh.”

And the running order is very important, as the band had recorded a number of songs for the album. “We had recorded more than the 12 songs on the record. We were able to shift a few things around. We have more b-sides than we do a-sides,” joked Curnin. “Well, there are some c-sides too. We will have to wait and see.”

For Curnin, having too many songs is not a problem but an advantage. It allows the band to structure the album. “When you’re in the middle of it you don’t see the theme coming through. I believe we are picking up the message like a radar antennae, and we are the messengers and you are not aware of the theme, when you look at it as a whole. So we do overwrite to arrange the album for how it feels.” 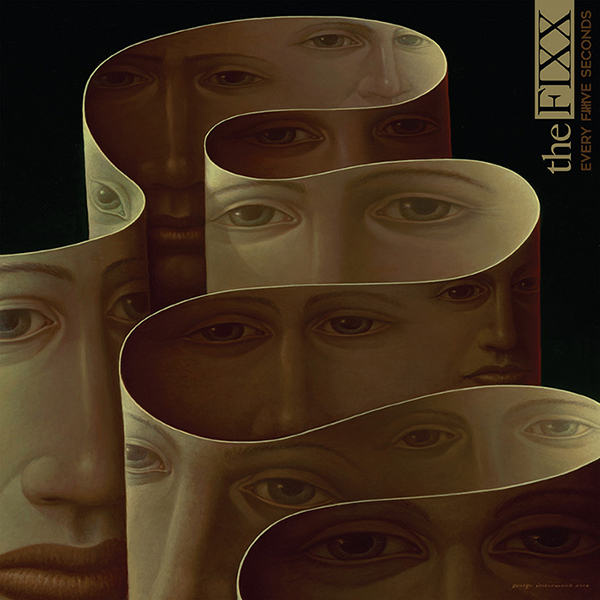 While the band is getting set to release new music, it is also to acknowledge the 40th anniversary of their debut album. Curnin was clear that the band works well together with their own form of democracy. “We trust each other and our instincts, if it is not a five way agreement then we rely on democracy and put things to the vote. We can have a three-two vote, or four-one vote. But usually we have five guys who say ‘aye’. Occasionally, some songs have won due to a democratic process and time has proven that sometimes a song that someone is not hearing will, years later, say ‘I get it now’. For example “Red Skies” was a should we, shouldn’t we. But now, with hindsight, it is a good thing we put it on. It is a process and we trust each other.”

For Every Five Seconds, The Fixx worked with a new producer, who is not actually new to the band, Stephen W. Taylor. He has worked with the band since their first album, in fact he engineered their first album. “He knows the ins and outs of this band, from the get-go he has been making our sound richer, so it felt right to bring him in. He was very available to us.”

Before The Fixx recorded the new album, the band had a very definite idea of how they wanted to record this album. They had a very strong desire to be a band for the recording. “We wanted to spend a lot of time rehearsing the songs and record them quite quickly. Stephen is someone who we could rely on who can make the recording process painless. We were in good hands.”

For Curnin, music allows him a chance to express what he sees going on in the world today. And, he sees a lot. He is aware that ‘everything old is new again’ applies more to just the fact that vinyl has made a comeback. “All that’s happened about that cycle is it goes around faster and faster. New cycles, political debate, even iconic fundamental beliefs are all in need of dry dock. The overwhelming sense is that we need personal responsibilities. We have all become sugared up and lazy, from being taken care of. Now we accuse ‘Big Brother’  of wanting to take care of us too much, but none of us wanted to go out fighting for our food. We just wanted a bar code, saran wrapped safely, boom we got it. Now we are paying the price for it. The roads are choked and the forests are falling but there is a personable responsibility of a vote. I don’t know where we go from here, other than love. If ‘love’ could become a political movement it would catch on. “Suspended and Make Believe”, a track on the new album, is we allow ourselves to float in this plastic ridden water. And we are just kidding ourselves, so the wake up is the more violent part of the nightmare. Get out there, you know, affect change”

And as The Fixx get set to tour and promote their new album, Curnin reflects on the band and the fact that they are still here after 40 years. “Five guys who all kind of relate, we are all middle kids, black sheep of our family. Music for us was our catharsis. It allowed us to remain or get free of the family ska, it gave us somewhere to take our angst and anger and diffuse it into something creative and beautiful, rather than an anger and took us down roads that would have led to an angry life. So, we’ve been really lucky and we are all very grateful.”

Born and raised in Whitby, Aaron discovered music through his love of The Beatles. This led to a career in radio, writing for various publications, and ultimately a radio show about The Beatles (Beatles Universe), which ran for over four years. When not immersed in music, Aaron enjoys spending time with the loves of his life -- his wife Andrea, and daughters Emily and Linda (all of whom have an intense love of music too).
RELATED ARTICLES
adam woodsclosercy curnin
8.0