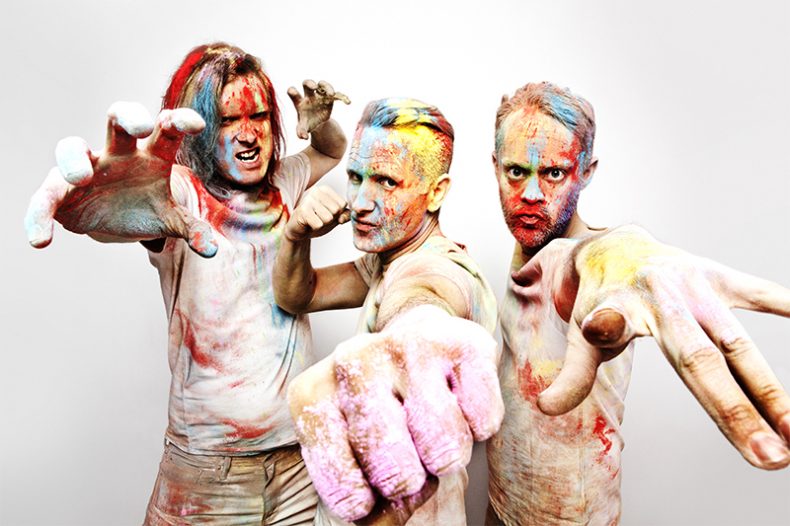 WE ARE GIVING AWAY 1 PAIR OF TICKETS TO THE SHOW IN SUPPORT OF THE BAND’S NEW LIVE ALBUM LIVE ON MARS: LONDON ASTORIA 1997

SUBSCRIBE TO THE OFFICIAL SPILL MAGAZINE NEWSLETTER BELOW FOR YOUR CHANCE TO WIN TICKETS TO THE MOD CLUB THEATRE CONCERT – COURTESY OF SPILL MAGAZINE!

Ash is a Northern Irish alternative rock band, formed in Downpatrick in 1992 by vocalist and guitarist Tim Wheeler, bassist Mark Hamilton and drummer Rick McMurray. As a three-piece, they released mini-album Trailer in 1994, followed by 1977 in 1996. This 1996 release was named by NME as one of the 500 greatest albums of all time. After the success of their full debut the band recruited Charlotte Hatherley as a guitarist and vocalist, releasing their second record Nu-Clear Sounds in 1998. After narrowly avoiding bankruptcy the band released Free All Angels in 2001 and a string of successful singles.

Their fourth record Meltdown, released in 2004, was the band’s final record with Hatherley before returning to their original three-piece lineup for their fifth studio album Twilight of the Innocents in 2007. After five conventional albums the band released 26 singles in The A-Z Series in 2009, one every two weeks. The band have had one silver, two gold and two platinum-selling (and chart-topping) records in the United Kingdom, as well as 18 songs in the top 40 of the UK Singles Chart. In 2015, they released a sixth studio album, entitled Kablammo!. They were associated with Britpop, though as that musical movement emphasised Britishness which is a controversial state in Northern Ireland, they were not comfortable with the association.

SPILL NEWS strives to keep our readers up to date with news and events in the music industry. We keep you informed of the most recent information regarding new releases, tour dates, and information items about your favourite artists.
RELATED ARTICLES
contest