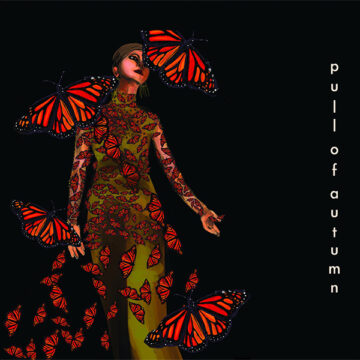 These days very often artists or bands are labelled with the term collective, without really being one. Yet, if there really is one around that deserves that term it is Boston and Rhode Island’s The Pull of Autumn.

The organizing force behind this project is Daniel Darrow, who is also a member of Johanna’s House of Glamour, so far most often supported by Luke Skyscraper James of Fáshiön.

So far on their four projects so far, including their latest, Beautiful Broken World, The Pull of Autumn have always included a myriad of more or less known artists that on this 15-track album includes the likes of Mark Stewart from Pop Group, Doug Wimbish who played with everybody, from Living Colour to The Rolling Stones, as well as Philip Parfitt of The Perfect Disaster, Stuart Moxham of Young Marble Giants, and John Neff, who has contributed to multiple David Lynch films.

With such a diverse set of contributors, that is even longer, The Pull of Autumn go for as a diverse a musical palette as you can imagine. Of course, having so many diverse contributors attempting so many different musical things is a double-edged sword that can often produce a musical mess with no coherence.

Fortunately, The Pull of Autumn manage to escape practically all of the pitfalls of such projects and come up with a coherent, and thoroughly listenable concept.

Formerly a lot of things, including a journalist and a translator, currently a freelance writer living in The Netherlands.
RELATED ARTICLES
album reviewalbum reviewsdaniel darrow
8.0