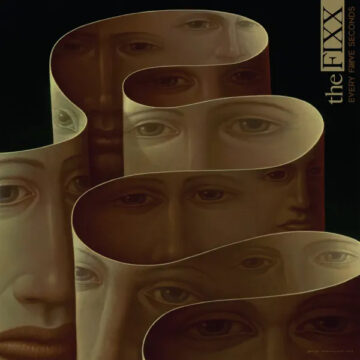 The Fixx
Every Five Seconds
The Orchard/BFD/JARC Records

The Fixx made their debut in 1982 with their debut album Shuttered Room. Of course, they had formed earlier and paid their dues in the clubs in the U.K. but when they delivered their debut album, they found instant success with “Stand Or Fall”. They managed to break through the second album syndrome and continued with not only their popularity but making strong albums. Every Five Seconds is their 12th studio album and their first since 2012 Beautiful Friction and it is a brilliant album.

The band’s line-up has been very consistent since 1980, featuring Cy Curnin (lead vocals),  Adam Woods (drums, percussion), Rupert Greenall (keyboards, backing vocals) and Jamie West-Oram (guitars, backing vocals). Bassist Dan K. Brown has been with the band, on and off, since 1983. Much like Tears For Fears who have remained unchanged, the band have formed a tight, consistent sound. They do not sound as they did in 1982 but the core elements of the band and their sound are still there. Their trademark sound is there, but they have grown and developed as a band and as musicians.

Every Five Seconds is an album full of very melodic and well-played songs. West-Oram’s guitar has never sounded better (listen to his guitar work in “Closer”) and Curnin’s voice is as strong as ever. Their music is straight ahead rock. They don’t sound like a 1980’s retro band, but there is no mistake that this band has their roots in that decade. Greenall’s keyboards come through at the right moments and add the perfect textures. Stephen W. Tayler produced the album, and he has worked with the band as their sound engineer, both in the studio and in concert, so he knows their strengths. As such he lets the band do what they do best. But he also gets them to branch out from their original sound and take some chances. “Wake Up” is a great example. A strong bass line introduces the song, and it is a different sound for the band.

Lyrically, this is a very strong album. Curnin takes a good hard look at the world and he is clear that overall we are not doing so great. Again, the song “Wake UP” features some of his strongest lyrical images.  “Maybe it’s time to wake up, question everything you see,” he sings. Not bad advice. Elsewhere he looks at the state of politics, personal relationships and the problems of today. But that does not mean it is a depressing album. Far from it. The album ends with the strongest song, “Neverending”. Curnin sings of the survival spirit that exists “Through thick and thin/ We don’t give in” he sings. The song concludes with the observation “We threw stones and the ripples are never ending”. A powerful conclusion to the album.

Fans of The Fixx will welcome this album with open arms. Ten years is far too long between albums. Every Five Seconds proves that the band still has a lot to say and a great deal of energy. They are not replaying the past but forging out new sounds, music and creative albums.

Born and raised in Whitby, Aaron discovered music through his love of The Beatles. This led to a career in radio, writing for various publications, and ultimately a radio show about The Beatles (Beatles Universe), which ran for over four years. When not immersed in music, Aaron enjoys spending time with the loves of his life -- his wife Andrea, and daughters Emily and Linda (all of whom have an intense love of music too).
RELATED ARTICLES
adam woodsalbum reviewalbum reviews