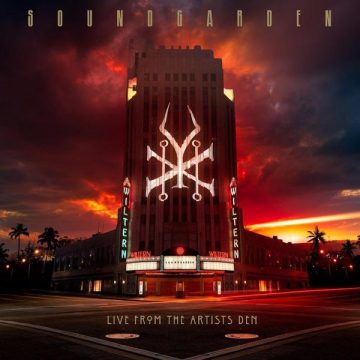 You’d be hard pressed to find anyone who didn’t agree that seeing their favourite band live, at one of their definite peaks, had stirred up feelings of sheer exhilaration, wonder, and amazement. Beyond that, it is even rarer to find such an example where the concert ran for a staggering twenty-nine songs which spanned the artist’s rich discography, including a vast array of hits, new material, and forgotten rarities. Soundgarden’s Live From The Artists Den is just that kind of live album. Recorded at the final show of the King Animal tour in 2013 at The Wiltern in Los Angeles, Live From The Artist Den is the latest posthumous release since lead vocalist and guitarist Chris Cornell’s tragic and untimely passing in 2017 – following the truly expansive box set, Chris Cornell – and is truly a musical treasure that which captures Soundgarden at one of their greatest live eras ever.

As mentioned, Live From The Artists Den features twenty-nine songs and runs for just under two and a half hours. To properly set the tone, Soundgarden walk onto stage to the sound of thunderous applause and open with “Incessant Mace”, a track they rarely perform live off of ‘88s Ultramega OK. Not only is their performance of the sludgy, ominous track is simply brilliant, capturing the very best of Soundgarden – Cornell’s lush vocals, Kim Thayil’s slithery guitar, and the powerhouse of a rhythm section between bassist Ben Sheppard and drummer Matt Cameron – but it prepares the audience, and now the listeners at home, that they are in for a set that will surprise them at every turn. Naturally, their performance is full of their greatest hits of the likes of “Black Hole Sun”, “Outshined”, “Rusty Cage”, and “Spoonman”, among others, but the band also plays ten of the thirteen tracks on King Animal, showing their faith in their recent work while truly bringing the album to life with stellar performances of “By Crooked Steps”, “Rowing”, and “Blood On The Valley Floor”. They even dusted off “New Damage”, which Cornell exclaims they haven’t played live in “fifteen or twenty years” while also marking the live debut of “Blind Dogs”, which was originally released in 1995 for The Basketball Diaries soundtrack. 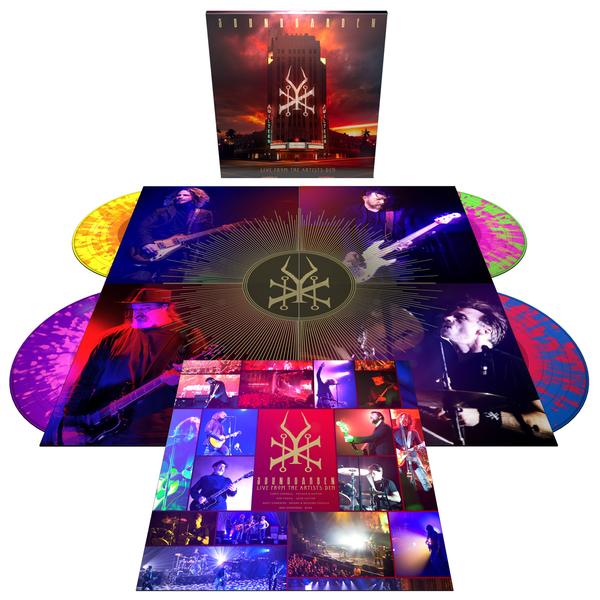 If a monstrous set list like that isn’t enough to get you excited, I don’t know what would. That being said, Soundgarden were performing at the top of their game on the King Animal tour. Having seen them twice, back to back, at Toronto’s Sound Academy, their Artist Den performance is just as thrilling and attests just to their powerful performance. Quite effortlessly, Soundgarden is capable of capturing the emotion behind “Fourth Of July”, “Fell On Black Days”, and “Blow Up The Outside World” while still proving to be as relentless as ever as they barrel through “Rusty Cage”, “Slaves & Bulldozers”, and “Jesus Christ Pose” at a blistering pace, all the while remaining incredibly tight as a collective. They can be haunting and the heaviest band in the world with the flip of a switch and despite their position of rock royalty, they sound as dangerous and raw as ever.

All in all, Live From The Artists Den is not only the greatest live release from Soundgarden, I would place it among the greatest live records I have ever heard. The quality from the recording is top notch – you can hear everything, every bass slide, every stroke from Cameron’s rhythmic hi-hat, and the seamlessly interwoven guitar parts from Thayil and Cornell – and their performance certainly is Soundgarden at their best. Pair that with an unbelievable set list and Live From The Artists Den is truly a flawless release and should be among the highlights of the year. While few will surely debate over than, no one will question the passion and artistry that is Cornell and how much we miss him and his creative output. Rest easy, Chris.

A passion for music has always been a part of Gerrod’s life. As a young boy, he was raised on a steady diet of the music from The Chili Peppers, Aerosmith, The Stones, Prince, and others from his mum. Raised in the GTA, Gerrod continued to foster his love for music by attending a wide range of concerts and learning the drums. His unapologetic passion for music has no bounds and has spread to a wide variety of styles, whether it be the 90’s rock that sound tracked his teenage years, the jazz he studied in university, or his newfound love for hip-hop. He recently received his bachelors in music and education from York University and is passionate about writing and reviewing good (and less than good) music. Gerrod is also the drummer and songwriter for a Toronto based rock & roll band, One In The Chamber.
RELATED ARTICLES
album reviewalbum reviewschris cornell
8.0