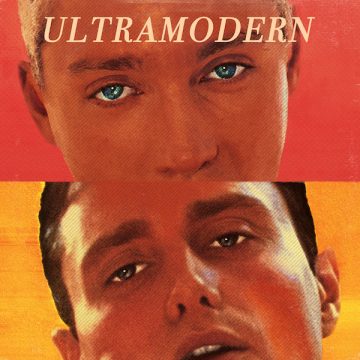 ULTRAMODERN is the second full-length album from the Ruen Brothers, a British sibling-duo consisting of Henry and Rupert Stansall, who are known for their dreamy, retro style. Taking inspiration from the 1950s and early 60s, their sound is evocative of a long bygone era of western music.

Released in 2018, the duo’s first album, All My Shades of Blue, was a phenomenal throwback to the jukebox oldies, reminiscent of Roy Orbison, The Everly Brothers, and Frankie Valli & The Four Seasons, with shuffling rhythms, traditional harmonies and crooning vocals.

But where the Rick Rubin-produced debut album felt like a nod to the past, their self-produced ULTRAMODERN feels more timeless in nature — past and present entwined in perfect harmony. With a heavy emphasis on modern production, more flourishes, and more flair, the result is a record that’s become unstuck from time, and all the fresher for it.

The lead track, “The Storm In You”, starts things off on a haunting note. With eerie instrumentation, a steady beat and wistful quavering, it builds, crashes, and rolls much like a storm. Themes of yearning desire permeate throughout much of the record, popping up again in the chillingly rhythmic “San Diego Nights,” the sorrowful and acoustic “Alone,” and “Saving Me, Saving You,” with its big, building choruses and western riffs.

Elsewhere, “Takin’ It Easy (Ru Demo Take)” features Rupert taking over on lead vocals. As a demo included alongside the primary track, which it gets the edge over, Ru’s version is stripped-back and raw, carrying an almost campfire-like quality about it that leaves a lasting impression. And, with its classical string arrangements and backing choir, “Topanga Canyon,” is a grand and expansive close to an album, and an even better ode to an area damaged by the California wildfires.

With ULTRAMODERN, the Ruen Brothers tactfully sidestep the sophomore slump and continue to make everything old sound new again with a fresh and unique collection of tracks.