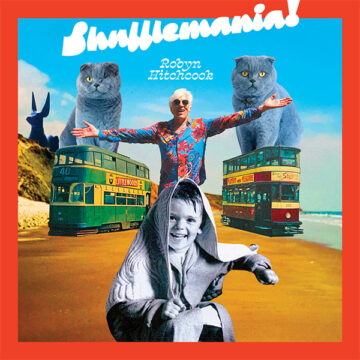 Ok, the comparisons can be made, with Hitchcock’s penchant for all things psych and left-left-field lyrics, yet he was also always consistent in the quality of his output and his lyrics can get an even stranger touch than Barrett’s ever did.

For some reason, though, Hitchcock was not to be heard of much in the last five years, but the white-haired gentleman is back with ten more goodies presented on his latest album Shufflemania.

Known for his constant musical shifts, through which there always is that very specific Hitchcock line, here Hitchcock again wraps his mild, or not so mild, weird tales into psych pop of highest order. And again, it seems he knocks these gems out with ease, something some other artists can only strive for and rarely reach.

Formerly a lot of things, including a journalist and a translator, currently a freelance writer living in The Netherlands.
RELATED ARTICLES
album reviewalbum reviewsrobyn hitchcock
8.0