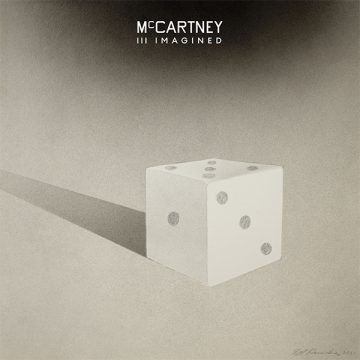 Say what you will about Paul McCartney, but he never does what is expected of him. Following the success of 2020’s McCartney III, McCartney has invited some very interesting artists to interpret the songs from that album. This is not a remix album, but a completely new take on each and every song.

McCartney has never been a stranger to writing songs for other artists, and his work has certainly been covered many times. But here he has basically turned his most recent work over to several artists and let them do what they want.

In some cases, the songs sound like good, old fashioned remixes. Beck’s version of “Find My Way” is a good example. It kicks off the album in fine style. While the original version had a sense of urgency to it, here, Beck kicks it up a notch and with some fine use of the bass line, bringing out the groove of the song. St. Vincent does something similar with her take on “Women And Wives”, but she adding guitar and vocals, bringing out interesting aspects that were not present in the original version.

The most drastic remix is courtesy EOB and his version of “Slidin’”. Here the song is a force, blasting out of the speakers and demanding one’s attention.  Phoebe Bridgers’ remake of “Seize The Day” is downright perfect.  She takes the song into a melancholy zone and enhances the meaning of the song. It is quite a wonderful remake and perhaps one of the best McCartney covers I have heard. Dominic Fike’s wonderful cover of “The Kiss Of Venus” is quite stunning and again, takes the song into zones maybe McCartney was not aware of when he was creating it himself.

There are other artists involved here, such as Damon Albarn, Khruangbin, Blood Orange, Anderson .Paak, 3D RDN and Josh Homme. Idris Elba even gets into the act and does a fine version of “Long Tailed Winter Bird” which is a little more interesting than Albarn’s remix.

McCartney took a great risk with this album. It could have been a disaster, or worse, boring. But, much like his Fireman projects, it is another crowning achievement in his ongoing career. After 60 years of recording music, McCartney still looks for new avenues in which to express his art.

McCartney III Imagined is more than a remix project, it is a reinterpretation. Here, the new versions create a whole new and distinct album, and one that sits comfortably aside with McCartney III.

Born and raised in Whitby, Aaron discovered music through his love of The Beatles. This led to a career in radio, writing for various publications, and ultimately a radio show about The Beatles (Beatles Universe), which ran for over four years. When not immersed in music, Aaron enjoys spending time with the loves of his life -- his wife Andrea, and daughters Emily and Linda (all of whom have an intense love of music too).
RELATED ARTICLES
album reviewalbum reviewsbeck
9.0