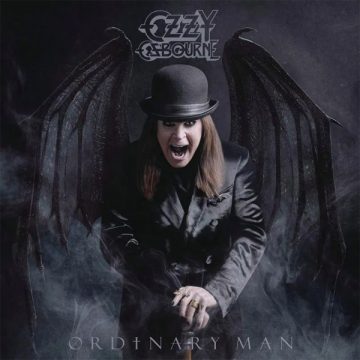 Opening to the church harmonies reminiscent of Queen and Muse of “Straight To Hell”, the track truly kicks off with the relentless, Tony Iommi-inspired guitar riff. Like much of Ordinary Man, rather than try to emulate Osbourne’s long-time guitarist of the last three decades, Zakk Wylde, Watt’s approach to the guitar and songwriting feels much more in tone with Black Sabbath, while remaining distinctly modern. This gives the record a fresh and unique feel among Osbourne’s solo discography, and leaves creative space for Osbourne, the band, and the guest musicians to explore each track organically. As “Straight To Hell” indicates, Ordinary Man is as much of a departure as it is a sonic revisit.

The album continues with another hard rocker that, despite my earlier comments, is far more in line with Osbourne’s work from the last two decades, and features a solo very much nostalgic of both Wylde and Randy Rhoads. As the album continues, however, the songs continue to take a very modern approach to the Sabbath sound. Sinister and haunting soundscapes are created on the ominous “Goodbye” and “Under The Graveyard”, and “Eat Me” opens with a familiar harmonica before diving into a rhythmic rocker. In an unexpected collaboration, the title track, which sees Elton John share lead vocals with Osbourne, is a contemporary stroke of excellence while “It’s A Raid” brings Osbourne and Post Malone together again for a chaotic, thrashing hard-rocking banger that is equally modern as it is punk.

Claiming he poured his heart and soul into this record, Osbourne dug deep to ensure Ordinary Man can stand among some of his strongest solo albums. Just as he did in 1970 with Black Sabbath, in 1980 with Randy Rhoads, and in 1991 with Zakk Wylde, Osbourne has once again reinvigorated rock ‘n’ roll for the modern era with an emotionally-driven album that pulls no punches and hits staggeringly hard. Ultimately, Ordinary Man sets the bar for hard rock records for the next decade and not only lives up to, but exceeds, Osbourne’s legendary status, 50 years later.