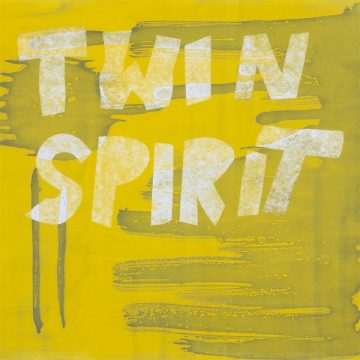 Who can you call the UK version of a combination of Robert Pollard and R. Stevie Moore? Could be a hard choice to make, but here’s one proposal — Southampton’s Mike Gale. Not only is Gale as prolific as the above two, but he also shares a similar musical concept as the other two: that is, there is no musical concept, as long as it has a good melody in there and that it sounds good. Oh, and that it can last a minute or 10, and anywhere in between.

Gale has accumulated some 18 albums either under his own name or as the front man of Black Nielson and Co-pilgrim, and Twin Spirit, his latest, is something like a ninth solo effort.

But looking beyond the prolific numbers, it is Gale’s knack for a good melody that captivates here and the fact that he leaves guitar sounds behind and drives those melodies over a collection of samples. Melody hip-hop, anyone? Essentially, put in words it sounds like an easy recipe for disaster. But, somehow, Gale, like Pollard and Moore, pulls it off with ease as it is something that naturally belongs together. And it probably does by his measure of it.