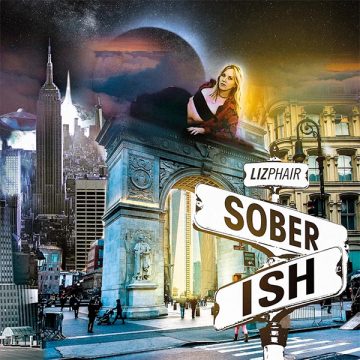 There are quite a few scenarios about what happens when your first record is proclaimed (and actually is) a true classic. Most of them are not so good for the artist in question. And Liz Phair could be a prime example of such scenarios.

Sure, you win Grammys, your “golden release” (nobody forgets Exile in Guyville) makes you money, but what happens next?

First of all, how do you, and can you, follow an instant classic? And even if you can (and you rarely do, at least immediately), you put such pressure on yourself as an artist and possibly raise the expectations of your audience maybe too high. They will instinctively judge everything you come up with next based on your classic.

Liz Phair encountered such fate for her five follow-up albums since 1993. And no, none of the previous five albums were Exile in Guyville 2.0. At the same time, it seemed that nobody cared much that those albums had good music on them (some more, some less). Throughout, as Phair said in a recent interview, “I’ve had to pick myself up from being dead many times.”

And now, after 11 years of pause, Phair comes with Soberish. Is it the new Exile in Guyville? No, and actually it shouldn’t be after all. People forget it is not 1993 anymore. But it is an excellent album, certainly one of the best Phair has made and she certainly has picked herself from wherever she was.

Soberish is here today, and tracks like “In There” and “Soul Sucker” are both modern and fresh with Phair showing that she still can come up with some excellent songwriting.

Actually, who knows, this might be that follow-up to the classic everybody was waiting from Phair.

Formerly a lot of things, including a journalist and a translator, currently a freelance writer living in The Netherlands.
RELATED ARTICLES
album reviewalbum reviewschrysalis records
8.0