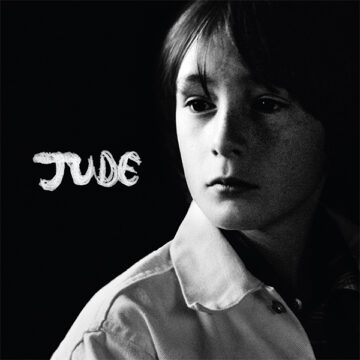 Jude is Julian Lennon’s seventh studio album, and his first album of new material in over ten years. His last album, the brilliant Everything Changes, noted a change in Lennon’s music. His music became more complicated, and lyrically grappling with a great many internal and external issues. Jude is the same. This is a much more mature, content, and reflective Julian Lennon. During the last ten years he has written several childrens and teens books, and  he has released a number of singles, most of which were collaborations (none of which found their way to this album, including his inspiring cover of “Imagine”). It would seem that the exercise in collaborating with others and releasing singles assisted him in further defining his sound and craft. This is an album full of melodic, hard edged pop/rock songs with very strong lyrics. To these ears, this is his best album to date.

The title, Jude, is in reference to “Hey Jude”, a song that Paul McCartney wrote, thinking of the five-year-old Julian who was dealing with his parents’ breakup. As history has taught us, the original song was titled “Hey Jules” but McCartney made a few changes and with one of the most important songs of all time. Quite frankly, that in of itself is a hell of a legacy to live up to, but then throw in the mix that his father was one half of the greatest writing duos of all time and a member of the most influential band of all time, and one can see how it might be somewhat of a daunting task to try to create music as an artist. But he has created fantastic music and over the years has continued to develop as a writer, arranger, and performer. Jude is the album he has been wanting to make since he started and he succeeds.

Lennon rises to the challenge. With Jude, he seems to free himself of all the expectations and comparisons, and he delivers a remarkably strong album. Working with long-time collaborator Justin Clayton who co-produced the album. Clayton has been with Lennon since his debut album, Valotte in 1984. On this album, nothing is straightforward. He writes a love song like “Stay”, and he turns it into a six minute plus sound collage with a strong and catchy melody. Lennon is much more confident and willing to experiment on this album. He takes songs that start off as traditional mellow love songs, but then molds them into very interesting and compelling rock creations. Give “Breathe” a spin and hear how he takes a subtle and strong melody and lets it unwind and spread out. It is quite an achievement.

That is the beauty of the album. Lennon throws in twists and turns throughout the album without ever losing the beauty of the song. For example, “Round And Round Again”, utilizes great sounds and incredible production. Lennon brings you into the song as it slowly builds and creates an atmosphere. The same can be said about “Lucky Ones”, which just explodes after a rather mellow introduction. Lennon has said that he has been working on some of these songs for many years. The caliber of the songs and the arrangements clearly demonstrate the time and energy he has spent with these songs.

He works with The Blue Nile’s Paul Buchanan on the final track, “Gaia”, which also features brilliant vocals from Elissa Lauper. Buchanan’s piano and vocals are unmistakable and the song is a work of art and the absolute best way to bring the album to its conclusion. This is not the first time he has worked with Buchanan, but it is their best collaboration. On this track, the three artists trade off from one and another and it is a perfect song.

Julian Lennon should be very proud of Jude. It is an album that lives up to all hype and expectations. It really is the sound of an artist coming into his own, maturing and creating art and well-crafted songs.